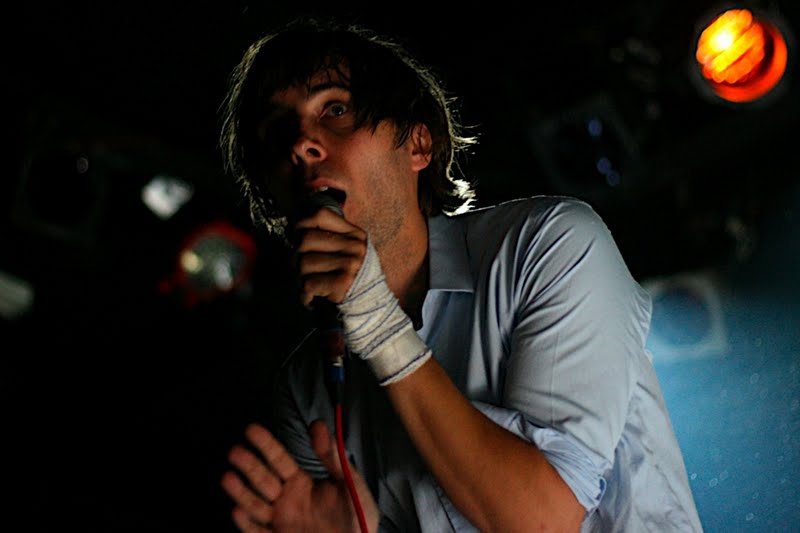 Phoenix came to New York’s Music Hall of Williamsburg on Thursday, June 18th and Backseatsandbar was there to fill you in on what you missed.

The French boys who found a certain applaudable level of success with their first three album have broken away with Wolfgang Amadeus.  It’s with good reason.  The fourth album by Phoenix is easily one of the best synthpop dance rock albums in the last few years.  Few albums provide the perfect blend of dance tunes that Phoenix gives us with tracks like Lisztomania, 1901, Rome, Girlfriend & more or less the rest of the album.

While Phoenix received a lot of attention after “Too Young” appeared on Sofia Coppola’s “Lost in Translation” (whom Thomas Mars now has a child with), however it seems that Saturday Night Live provided the best introduction to American audiences as we got to watch the guys perform live.  Just as it was on that night, the performance at Music Hall of Williamsburg was magical.  Debates have been raging about whether they are too liberal with their use of backing tracks sampling machines, but in the end, every person on stage proves their own talent and if they want to make use of a little “enhancement” to create a perfect performance then all the better for us.

And it was just that.  While the set consisted predominately of tracks from Wolfgang Amadeus, it ventured into United, It’s Never Been Like That and Alphabetical, but only 1-2 songs each.  Thomas’ energy on stage was infectious, from playing baseball with his mic and mic stand to later joining the crowd for the final moments of 1901, people were dancing and sweating everywhere.  But for a group of highly obnoxious kids standing in the front/center who tried their best to ruin the show for as many people as possible (one guy kept jumping into me and others then yelling to stop hitting him), the crowd was mostly amicable and just trying to have the time of their lives while dancing to perfectly crafted dance pop.

Highlight of the show was the encore of “1901” that murdered the crowd.  It’s a bright, upbeat, and pulsing pop gem off their latest LP “Wolfgang amadeus Phoenix” that mixes some keyboard tones and french electrohouse with a catchy hook. Check out the video above.