The Pains of Being Pure at Heart @ Bowery Ballroom, NY 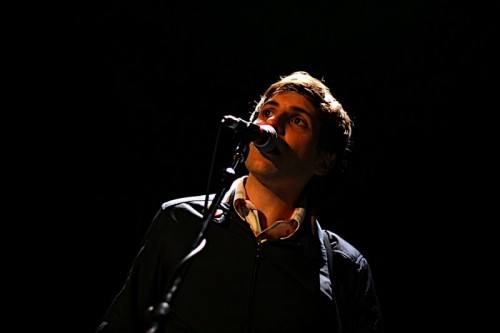 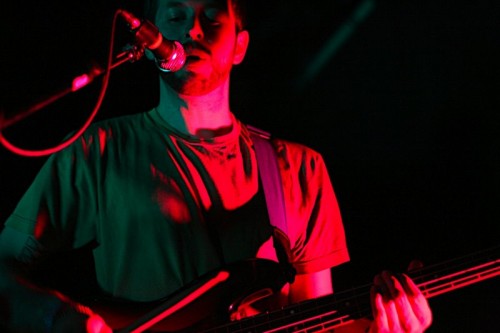 The Pains of Being Pure at Heart are just as sweet as their name implies. While the EP was making its way around the blogosphere in 2007, I fell in love and before entering last nights show at the Bowery Ballroom, I thought to myself, this is going to be the cutest night the Bowery has ever had. Cute people, cute music, and an all around cute vibe.

The Pains of Being Pure at Heart play perfectly blended pop music with comparisons abound to the fuzzy and melodic My Bloody Valentine and late 80s/early 90s pop in general, and while I’m not quiet certain you could go so far as to label it twee, it’s not far off. With their bookish lyrics and happy demeanors, they could turn even the most unpleasant of moods around in minutes.

After seemingly making their rounds to every venue in New York, we were fortunate to catch the Pains for their first Bowery gig, and their awe and appreciation was evident. Whether these kids have any notion of how good they are is unclear, but their modesty is sincere. I was left with the impression that each of them had likely been to countless performances at the venue over the years and the magnitude of playing the same stage as the bands they idolized was recognized. Additionally, we were also fortunate to catch what I believe was the first show with Christopher Hochheim as a permanent member at second guitar from Kurt Feldman’s (Pain’s drummer) other project, the incredible The Depreciation Guild.

As expected, the Pains play with the energy of a band in love with their own songs and in love with performing. Frontman Kip Berman could rarely wipe the smile from face as he grinned ear-to-ear for each song while Peggy Wang danced at her keys and flashed a great smile on more than one occasion. Having fun, Peggy suggested that the crowd play “Truth or Dare with the Pains”, but unfortunately it turned out to be the lamest game of truth or dare to have ever been played as a result of a couple pathetically boring questions for their truths. I wanted to ask “Will you play Teenager in Love?” but I didn’t get the chance as they launched into their final song of the set. Although a shorter set than I would have liked (they had a 5am flight apparently), and being slightly disappointed that I didn’t get my song, the show was wonderful as they went hit for hit, from Young Adult Fiction to This Love is F*cking Right!, leaving the crowd sweaty and happy.

Starting the night’s performance was Zaza, which is (surprise, surprise) another side project of the very busy Kurt Feldman. Zaza played a very enjoyable minimalist pyschpop set with almost hauntingly distant vocals and driven by Kurt’s drumming which seemed to have been the focal point of the performance. The minimalist setup near the front of the stage was sans kickdrum but included an electronic drum loop overdubbed which was a little disappointing, but allowed Kurt to display his incredible drumming nevertheless. Set to beautiful backlit shoji blinds with a tree scene, Zaza played a great set and I hope to hear more out of them.

The second and last of the opening bands, Suckers, from IAmSound reminded me of a poppier and somewhat calmer Man Man (which explains the make-up and headgear). Their self-titled debut EP comes off as a poppier version of their live performance. The formation of the band is important to understanding the way they play. The four-piece started as three multi-instrumentalist one-man projects, later adding a drummer to round out their sound. For this reason, you’re likely to catch these guys playing any assortment of instruments at anytime doing whatever it takes to move your butt….and with songs like “It Gets Your Body Moving” and “Easy Chairs”, you’ll have a hard time not moving.

Check out More Pictures from the show on Backseatsandbar.com

Pains of being Pure at Heart Video for “Young Adult Friction”