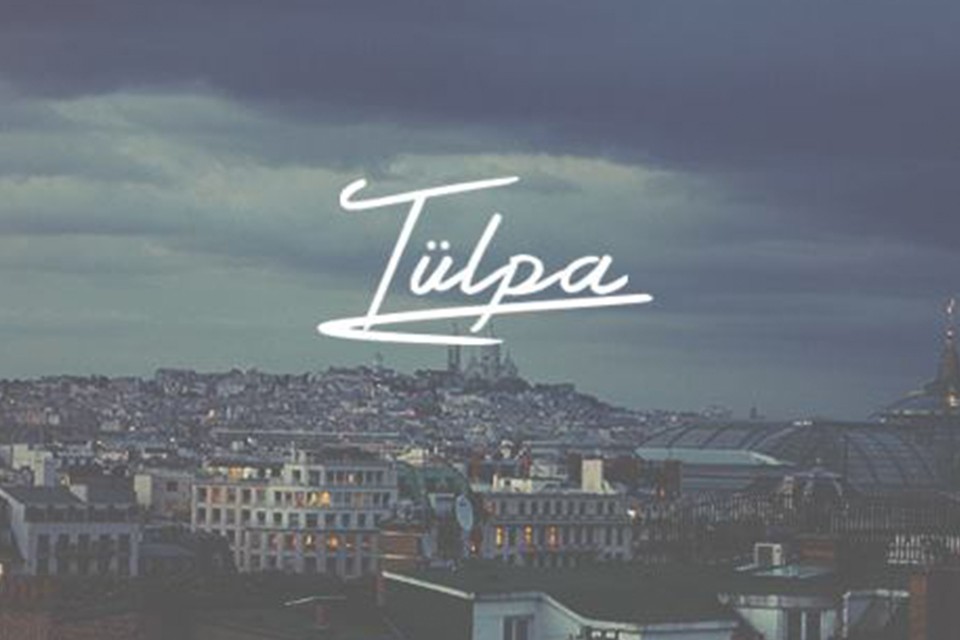 Q + A with Tulpa by Darcy darcy Ujjainwalla aka Kazabazua

What were you doing when you were 15?

When I was 15 I spent most of my time wearing ‘fashionable’ polo shirts,  testing my drinking abilities in friends basements and making poor attempts at losing my virginity. I think it’s pretty safe to say that I was a douchebag and the truth is that most 15 year olds are.

But there are a few exceptions – Tulpa, being one of them.  Ivan Zhyzhkevych aka Tulpa is a 15 year old producer from Pittsburgh, by way of Ukraine.  He’s been producing music for only a year and a half but you would never know it –  I’d compare his music to the sounds of Washed Out with a deep bass twist.

We recently caught up with the 15 year old musical prodigy to figure out what makes him tick.

Tulpa: Hey! So I’m Tulpa, but if you wanna get personal it’s Ivan.  I make relaxing vibe tunes that visualize getting lost between a mirror and seeing rain push you around. Started producing when I was 14, been at it a year and a half now! Reside in Pittsburgh PA, but got love for the Homeland Ukraine.

D: Did you move here from Ukraine?

T: I was originally born in Ukraine, 100% Ukrainian.  Moved to Florida when I was 3, when I was 8 we moved to Pittsburgh.  So at 15, I finally got the chance to go back “home”. I love Ukraine, it has got a quite characteristic vibe – gloomy but hopeful, always looking forward to what tomorrow has to bring.  It’s a lovely place, I’m at peace here.

D: Where do you get your inspirations for your music from? Who is inspiring you right now?

T: I get most of my inspiration for listening to a large variety of music.  I love Odd Future, MF Doom, STWO, lots of the peeps on Soulection, Cosmonostro, and Darker Than Wax! I’d say girls inspire me too, they strike a particular feeling, and as every person is – the feelings are always different. My biggest inspiration at the moment would have to be Miles Davis – the man was a true jazz genius.

D: What got you into producing music? It seems like you have a lot of piano influence in your songs, are you formally trained?

T: To be quite honest I’ve always wanted to be a musician, my parents took me to piano lessons as early as 8 years old.  I went to those for about 5 years, privately trained, then I quit them and decided I wanted to make my own music.  I wanted to express myself, not what others had already written.  I do incorporate a lot of acoustically recorded piano by myself, it’s not the exact direction I want to take with my sound – but it’s always nice to go a little more melodic and see what I can do composition wise!

D: I really enjoy the songs with acoustically recorded piano, being blue is one of my favorites. I like how you filtered the drums in and out in them, you don’t see that very often with new musicians taking the time to put that extra polish on it.

T: Being Blue and Don’t Know You were the start of a new direction of sound I was going for, I don’t know if it was the right choice looking back at it – but I am happy I made those songs. You know the thing is, I filter basically everything in and out and fade a lot of things in and out, and I don’t see many people doing that.  I just don’t feel comfortable when things bust into a song (even though some people pull it off well).  I’d have to say automation is a bit under rated, it’s just a simple feature, but can add so much detail and flow to your work.

D:  In which direction do you see your music going towards? Is there anyone you’d really like to collab with?

T: I can see my music getting more “cleaned up”, maybe a bit more soulful and dance-y – I’d definitely branch out sound wise.  I can also see it taking an orchestral route because that’s mostly what I’d want to do for a career – but if Tulpa goes well I’ll continue making warm vibes (not that I wouldn’t regardless).  Well, a sort of dream collaboration would be Cage The Elephants – I love rock and indie music, so that’s something I’d love to do one day.

D: You never know what could happen! You’ve only been producing music for a year and a half yet you’ve got the sound of a seasoned producer, where/who do you learn from?

T: When I started producing I didn’t really have any help, not many people were open to teaching me anything.  Basically I taught myself how to use Ableton,  I played around with a lot of the features and by trial and error – saw which workflow was best for me.  I never watched tutorials or anything, I like using a hands-on approach and learning things by myself – that’s how I can remember specifications well and start doing unique things with simple features.  Best is when you teach yourself how to use plugins because from the start I always thought that “wow if I look at a tutorial I might be tempted to do things like that guy”, so I outed learning from a source very early on.  That’s how I developed my sound and vibe throughout a year, I always wanted to be styled – to have a characteristic feeling be given off when you listen to my work.

D: What are you working on at the moment?

T: Currently I’m working on a plethora of tracks, ranging in different sounds and styles.  I got some nice collaborations that are in the midst of production – I’m also working heavily on my debut album “The White LP” coming out on Cosmonostro in 2014. Of course through all this time I’m going to be putting out free singles and all that, wanna keep all my supporters stocked on vibes!

D: That’s very noble of you. You’re still pretty young but do you have any plans to go on tour, have you played any shows yet and how would you go about performing a set?

T: I do have plans to go on tour, but most likely in a year or two – want to gain a wider reach, and a better sound before I go off.  Never played a show, I’ve practiced a lot on what I’d like to do during one though.  It’d mostly be piano and synthesis over my own music for the first half, then I’d mix music for the second half (lot’s of deep house and vibes).

D: That’s definitely the way to do it, it’s always boring watching someone press the sync and cue buttons for 2 and a half hours. One last and extremely important question Ivan… Would you rather have a vagina for a forehead or a row of penises down your back like a stegosaurus?

T: For real though…probably a row of penises down my back because dinosaurs are the best.