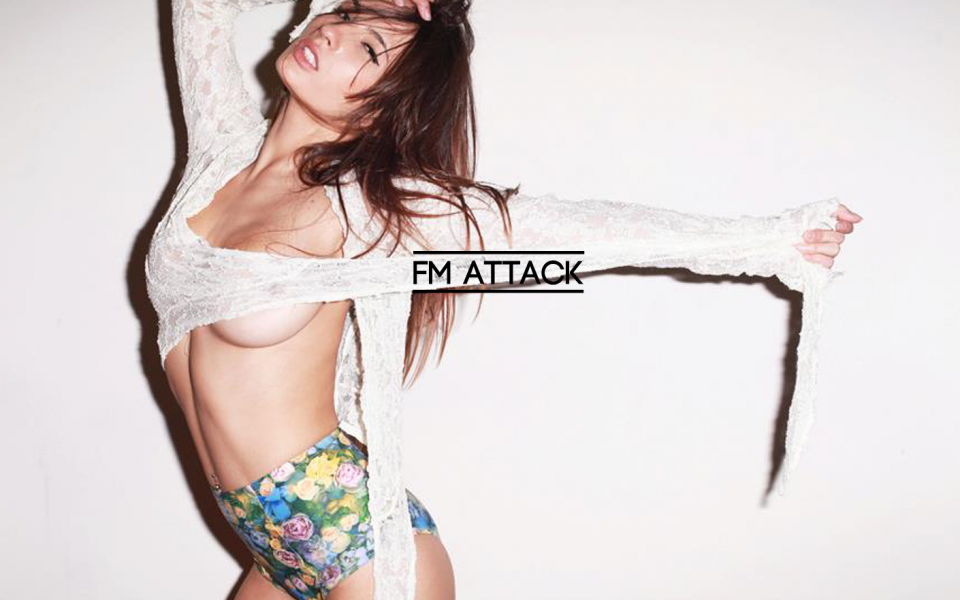 In the 1980s, imagination and synth ruled. Propelled forward by a surge of technological possibility, personal computers and space travel, electronic and nu wave/disco outfits like Kraftwerk and Talk Talk personified a culture yearning for the future.

It seems only fitting, in our current era of rapidly expanding technological advances – Google glasses, 3-D printing, commercial space ventures and electric cars – that analog-driven music is, once again, relevant.

Leading the pack is Canadian based, disco-infused, synth-pop robot Shawn Ward aka FM Attack. His latest album Deja Vu is a uniquely deep and funky synth-overture to the imagination – of simultaneously, both the 80’s and 2013 – featuring Kristine and Julien Sanza plus the glistening opening track “With You Forever”.

Discosalt’s Dan Baldwin gets nostalgic for 80’s arcades and the journey of Voyager 1 with FM Attack’s human counterpart – Shawn Ward below.

DISCOSALT: Hey Shawn, great to talk to you. Where’d all this start—what was your first step into music?

SHAWN WARD (FM ATTACK):  I was classically trained on piano at a young age. Then my dad taught me guitar. I only started getting into vocals in the last four years or so. My mom was into 80s new wave; dad was a rocker.

D: While the FM Attack vibe is undeniable, Deja Vu has a different feel than Dreamatic. How did you approach your sophomore album compared to your debut?

SW: I wanted to do something with a soundtrack feel. It’s more of a listening album that also crosses over into synthpop and disco.

D: What are you working on now?

SW: I’m working on a new EP that will have more upbeat and high-energy type songs.

D: I’m excited to hear it. When I’m encased in headphones, and surrounded by the sounds of FM Attack, a word that comes to my mind is “authentic” – I’m transported back to when the style was defining itself. How did you create that sound?

SW: Logic Pro is my tool for tracking and composing. For drums, my go to is the Linndrum, which I tack, produce, and edit in Logic. My favourite synths are the Jupiter 4 and 8, Roland D-50, and the Prophet 5. I just picked up a Toft analogue mixing board which gives a special sound.

D: The synths really drive your sound. Songs like Memorex and With You Tonight are like the whispers of a half-remembered dream. How do you get in that detached headspace when you’re writing new songs?

SW: I write down dreams I can remember for lyrics. I try to travel into my past to use my own memories to invoke some emotion that I translate into a melody, or a progression, that tells the story.

D: Your stories are certainly evocative. The 80s style music has always been a favourite of mine because it’s so conducive to daydreaming. What do you think of its resurgence, and where’s the style going?

SW: I think it’s great but I’m not sure if disco will cross over into Top 40s like it used to. Back then everyone from Rod Stewart to Kiss were writing disco hits that topped the charts. Now you look at the top 40 in 2013 and it’s depressing how bad a lot of it is. It’s hard to say where the style is going, but I could see it eventually getting more musical with live musicians.

D: Speaking of live music, you just played a show in New York, how was that? Are you heading home, to Vancouver?

SW: NY is such an amazing place for music. The last show we played at Glasslands was a ton of fun; the crowd was great. I haven’t played in Vancouver for a while, but I’m looking forward to playing there next month and seeing my friends.

D: I read a bunch of your posts mentioning you were in Mexico, what’s the scene like there?

SW: The scene in Mexico is booming for disco and house, there’s a lot of talented producers and DJs in Mexico who are passionate and support the style.

D: It’s exciting to hear that the style is gaining momentum in different parts of the world.

SW: One last question … picture this: You’re in a spaceship flying through our solar system. You’re looking back at Earth as you whip around Jupiter. What song is playing through the on-board sound system.

D: Anything else you want to say?

D: Out with the new and in with the old. Thanks for catching up with us, Shawn!

CDs, vinyl, and cassettes can be purchased at Tonite Records