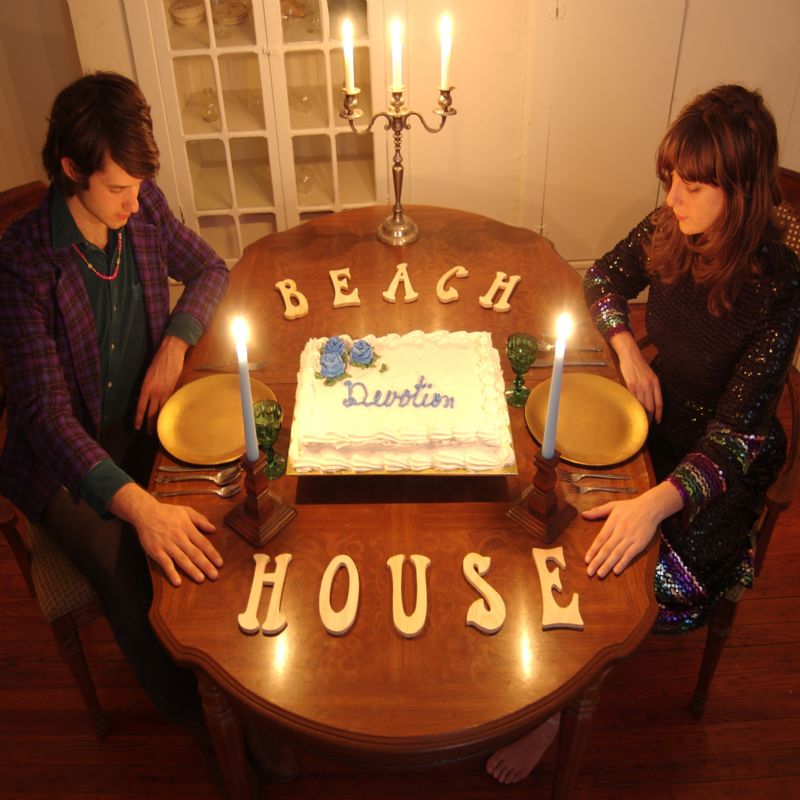 Pop music from a haunted house? Beach House plys in the labor pool of the lazy, meandering melody that seems to have no obvious beginning or end, but is anchored and steered by the certain vocals and harmonic vocal resonance formerly held by the long forgotten Cocteau Twins, but there’s a real difference. These songs have actual lyrics. The songs on Devotion aren’t so enamored with their own moodiness or atmospherics. This lack of self-aware fascination is in part by the space left between the music and the listener. Devotion doesn’t jump out of the speakers at you; if anything, it takes a step backwards.

Buoyed by drum machines, lazy electric guitars & keyboards that fill most open space and yet remain sounding reserved, songs like “Some Things Last A Long Time” and “Turtle Island” bring a cold atmospheric feeling to Devotion, while a full and obvious melody thankfully avoids sharp turns on “All These Years,” a melancholy ode to the title of the album, devotion. “Gila” provides the most singular moment on the album, a guitar melody that anchors the song, one that adheres to the cool reservation of a Blonde Redhead-esque atmopheric and strikes it’s own singular chord as well. Beach House’s second album broadens the scope of their domain, and also cements them to the ground laid in their debut, the self titled Beach House. No better or memorable part on a song this year than that guitar on “Gila,” and no better record will come out this year to take a boat ride on a cloudy day, or to listen to the ghosts kick a jam at the old abandoned orphanage. Creepy and cool