WE ARE ANIMAL ANNOUNCE UK RELEASE FOR IDOLISE

WE ARE ANIMAL ANNOUNCE UK RELEASE FOR IDOLISE 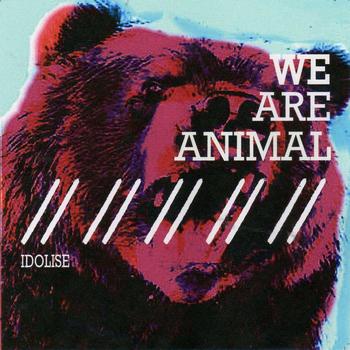 When We Are Animal put their album together earlier this year little did they know that it would be picked up by Japanese label Art Union. Add to this a distribution deal with Cargo and we now have an official UK release date for their exhilarating debut. Idolise hits the shops on the 25th October and is a mixture of rousing hooks, weird sounds, ear-grabbing riffs and a nice bit of cowbell.

We Are Animal are natives of North Wales and can be found in their natural habitat at the foot of Mount Snowdon. It is here that they trek off into the wilds to walk, contemplate and put together the music and melodies that make up the band’s sound.They record all their songs the day they are written, (bar one or two vocal parts) on basic equipment. They use whatever space is available in various households, slate quarries, fields, woods and old folks homes (“we don’t have the monies to record our music in a studio”) around their local area. This unpretentious, DIY approach to making and producing music means that the sum total of their output is something rather exciting and original. Their music is characterised by buzzing guitars, pummeled drums, great hooks and impressively accomplished song writing. There is no way this band can be less than a year old, but they are. Since forming in December 2009 We Are Animal have been prolific both in their output and their live presence ever since. Armed with their home demos they have already been playlisted on BBC Radio 1 + 6, XFM, NME Radio, Kerrang and Juice FM and a bagful of regional programmes. NME highlighted We Are Animal as their breakthrough artist of the week in late August, and a brief search of the blogging world reveals a growing and enthusiastic following. They were also asked to play Radio One’s Big Weekend in Bangor by Huw Stephens who is a big fan. Their debut single ‘1268’ was released on ‘Too Pure/Beggars Banquet’ in June followed by their self released September single ‘Black Magic’. Both appear on this special 12 track Japanese edition of their debut album.

Catch them behaving like actual animals on the following dates: