STROKED: A STEREOGUM TRIBUTE TO IS THIS IT

STROKED: A STEREOGUM TRIBUTE TO IS THIS IT 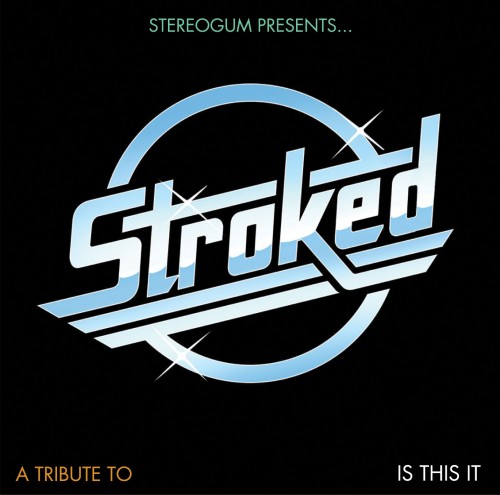 For the 10th anniversary of it’s original release, Stereogum presents STROKED: a track-for-track cover album of the Strokes first album Is This It. If you have ever wondered how Real Estate, Owen Pallett,  Peter Bjorn & John, Austra, Heems, The Morning Benders, and others might sound offering their spin on Strokes songs, download this album now.

Read the Liner notes from Stereogum below:

The only time I have agreed with some of the many, many stupid music journalists in Sweden was when “The Strokes” appeared on a Swedish website about 10 years ago. On of the most stupid journalist said that this new band for New York was the rebirth of rock or something and when I for the first time listened to three of their tracks on this swedish web-page I almost wanted to hit myself in the head with the computer. It was kind of a new thing for me to listen to music on a computer machine and this was the very first time I remember getting goosebumbs from hearing music on such a thing. It´s a strong memory believe it or not and It felt like magic that something this good had been created maybe just some month ago and that I could hear it on my computer at work. The idiot journalist was right, this was amazing and for me it was almost like when I heard “Jump” with “Van Halen” for the first time back in 1984. When we recorded our cover of “Is This It” we didn’t want to do anything crazy or weird like turning the song into a acid jazz P-funk power ballad. We just wanted to play it as good as we could.
– John Eriksson

Chelsea Wolfe – “The Modern Age”
I didn’t know this song well before I was given it to cover, so I listened to it a few times in a row and then started just focusing on the words. This song has great lyrics. I decided to pretend it was an old folk song. When I recorded my cover I was really sick and had taken lots of heavy cough syrup. I sat down with my classical guitar and just played it out, then my bandmate Ben (Chisholm) and I added layers of vocals, drums and juno until it felt slow and heavy like the medicine.
– Chelsea Wolfe

Frankie Rose – “Soma”
To be honest this was the first time had ever actually sat down and listened to the strokes! Maybe that sounds crazy like I have been living in a bush or something, but true! The trick was how best to make the song my own. I decided slowing it down and taking out some of the garage elements might be interesting. Adding a synth was helpful. The harmonies keep the chorus moving forward like the original, and yet totally different. Take note, there is a little homage in the guitar at the end. Can you guess for whom?
– Frankie Rose

Real Estate – “Barely Legal”
Matt, Alex and I – as well as all of our friends – were pretty much obsessed with this band when we were 15. We formed a Strokes cover band and played at Cassie (Ramone)’s sweet 16. When Alex got his first electric guitar, he opted for the white Stratocaster like Albert Hammond Jr. He even had the red lightning bolt strap. The approach to doing this cover was to not make it sound like the original, pretty simple. However, these songs are all arranged so well already that it’s pretty hard to come up with something new. We did a half-time drum beat thing, and then the rest of it just kind of fell into place.
– Martin Courtney

Wise Blood – “Someday”
I was psyched and terrified to get “Someday.” I decided to try and stick with the way the song develops, which I think is 4 parts that progress, fall apart, then start over again. Everything else I sort of switched up, and I tailored the lyrics a tiny bit to better suit me.
– Chris Laufman

Austra – “Alone, Together”
This song was really hard for me to cover because in my opinion the greatest things about it are the performance and the production. It took a while, but ultimately I just made it sound like an Austra song, which is to be expected!
– Katie Stelmanis

the morning benders – “Last Night”
Back when Is This It was released everyone was going crazy over how much The Strokes sounded like VU and Television and Iggy Pop. But to me, there first single “Last Nite” always felt like a Beatles song. The way the rhythmic elements always stay out of the way of the vocal, that one note guitar line a la George Harrison, even Julian’s vocal has that combo of snotty grit and melody that reminds of Lennon. But beyond all that, the reason it really feels like a Beatles song is the structure. It’s classic early-Beatles Lennon, and an approach to pop structure that still hasn’t really been tapped into. There’s no clear verse or chorus, just one main hook and melody. The only other section is a short bridge, that really just acts as a kind of propeller for the main melody, giving it the momentum it needs to come back over and over and over again. That’s good pop! And of course the middle eight is replaced by a guitar solo because, well, they’re the Strokes. For our cover we turned that structure on its head. The sections still occur in the same order, but we have re-imagined them. The main “Last Nite” melody/lyric becomes a proper verse, and the section that used to be a short bridge becomes the proper chorus/hook. At the end everything intersects with each other and we have a melodic party. Pretty fun, right?
– Chris Chu

Owen Pallett – “Hard To Explain”
Is This It is one of my favourite records of all time. I like a band when they’re metronomic with zero dynamics, and they never play the chorus more than twice, and when the vocals are buried. It sounds like efficiency. I read a quote, once, from Regina Spektor, in reference to Is This It:

The thing that blew my mind first hearing the Strokes was that they were the closest I had heard rock come to classical. Their music is extraordinarily orderly and composed.

I post on several message boards — less these days, but still on occasion. Spektor’s statement, which made instant sense to me, was the source of lively online debate. Essentially, people disagreed with Spektor’s quote. What followed was a firestorm of criticism, and many things came into question, from Spektor’s familiarity with rock music to begin with, to the worth of “classical training” in the pop context.

A user named Nabisco posted this in Spektor’s defence:

So far there’s like one person on the thread who’s actually bothered to spend half a second thinking about what [Spektor] seems to mean. (…) As of the first couple albums, at least, there is something almost insanely orderly about the Strokes’ eighth notes, in a way that’s pretty much the opposite of the “raw sloppy rock” tag they once got. I seem to remember Tom Ewing saying it was no surprise to have a drum machine on “Hard To Explain,” since the band always played like they were machined and sequenced anyway. It makes sense that this would be what Spektor means when she says the band is “like Mozart”. (…) It would be nice if there were ever any pull on [this message board] to look at something with the expectation that maybe — just maybe — it will be useful for something better than eye-rolling.

When I was asked to cover “Hard To Explain,” I remembered Spektor’s comment and Nabisco’s response. I re-imagined the Strokes as a piano quintet, and had us all playing hard, fast and mechanical. I can’t sing it as well as Julian, but he’s a really good singer — I think he had might have had lessons — not that it matters.
– Owen Pallett

Deradoorian – “Trying Your Luck”
I was psyched to have a different type of challenge within my daily writing routine. It was nice to have a project that could be viewed more objectively and focus more on what kind of sound I wanted it to have. I love the production of dub/reggae and thought I’d give my own interpretation of that for “Trying Your Luck.” It took a couple of tries to get on the right wave, but I feel it came together in the end. I usually don’t add environmental sounds to songs, or use that kind of instrumentation, so it was fun to put that all in there.
– Angel Deradoorian

Computer Magic – “Take It Or Leave It”
I grew up listening to Is This It in middle school and high school. I think everyone my age did. “Someday” was my ringtone for my old Nokia light up phone for at least three years. I love the Strokes, but I can’t think of anyone who doesn’t. “Take It Or Leave It” has a pretty level headed obvious message to it, it’s one of my favorites.
– Danielle Johnson