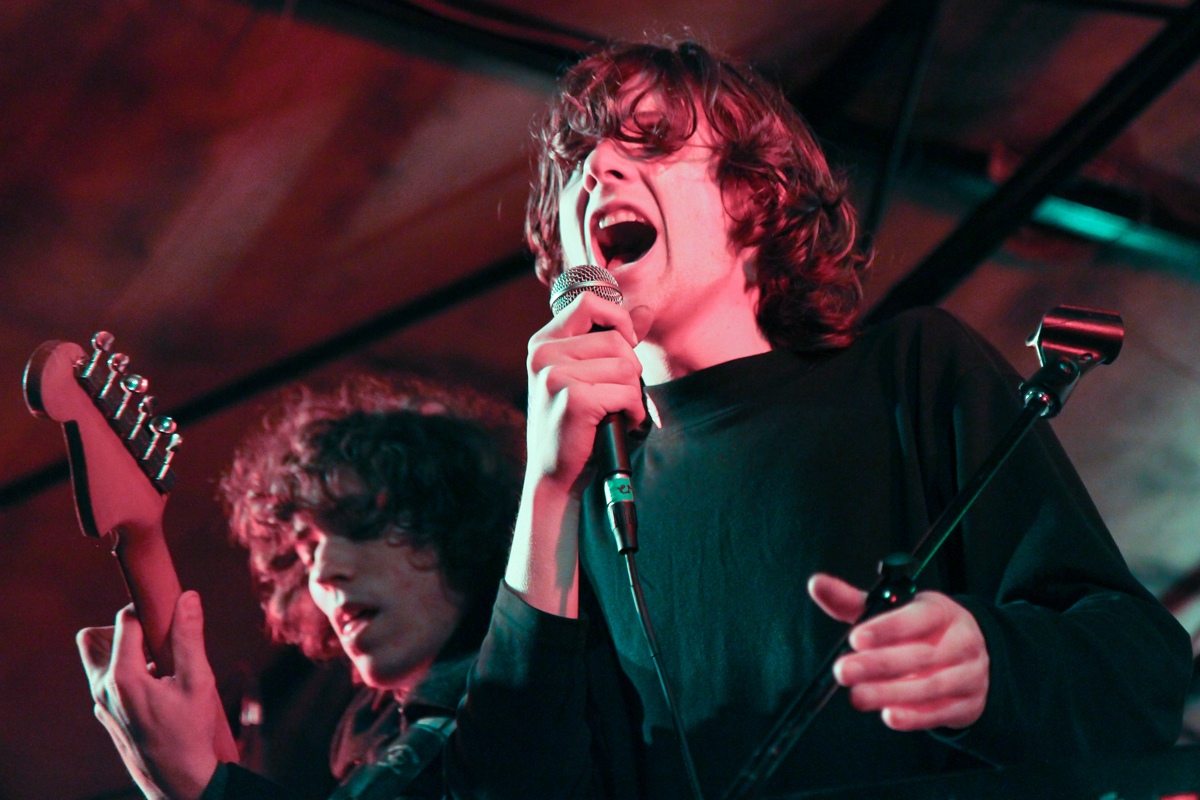 It was quite easy to forget that it was a Monday night as Foxygen took the stage on March 4th at Wrongbar, opening for Unknown Mortal Orchestra at a sold-out show. The band recently released their sophomore album, We Are the 21st Century Ambassadors of Peace & Magic, to the kind of acclaim and buzz that can hurt a band just as quickly and easily as it can help them. It being their first show here in Toronto, a sea of eager fans stood packed like sardines in front of the stage, waiting to hear Foxygen’s throwback brand of 60’s psychedelia and rock.

Having enjoyed both of their albums, I counted myself among these aforementioned eager fans, which makes the sense of disappointment I felt toward the majority of their set all the more disheartening. Normally a two-piece, original members Sam France and Jonathan Rado were joined onstage by a keyboardist, drummer, and bassist, the two to focus on vocals and guitar, respectively.

Being a band whose music is greatly indebted to the summer of love, the musicians graced the stage trying to dress the part by sporting outfits that could be considered equal parts Willy Wonka and Woodstock.

Despite these wardrobe attempts, the band came off as if they’d just raided their high school drama club’s costume room as opposed the post-modern Jefferson Airplane aesthetic they seemed to be trying for.

It was not only the outfits that harkened back to high school, as once the group launched into their catalogue it became immediate, both with regards to their music and their stage presence, that they could easily be equated with that band at the talent show who were a little too into the Beatles and Jim Morrison. France attempted to channel the essence of the Lizard King, which instead seemed to translate into forced yelps into the microphone as the other four musicians seemed to sleep through most of their songs. On several occasions, the band would start a song only to stop to exchange confused glances and shaking heads with one another before launching into another one entirely.

One would think that an apparent lack of focus would be beneficial to a band known for their messy psych jams, however it only led to guitar solos and song breakdowns that had all of the roughness and none of the fun. The band did make an effort to pull it together toward the end, an attempt which seemed to shine on the songs “Oh Yeah” and Oh No Pt. 2”, the latter being the behemoth of a closer from their new album. Perhaps it was the number of tonal shifts scattered throughout the song that left no room for goofing around, but Foxygen managed to pull it together and launch into a spirited and groovy rendition. It’s performances like that, along with their largely enjoyable recorded material, that still gives me hope that there is a good band called Foxygen, it just didn’t seem to be the one I saw onstage that night.

Despite my mixed feelings, the crowd seemed to mostly enjoy the performance, with a large fraction of them leaving the venue, indifferent toward catching Unknown Mortal Orchestra’s set.

UMO is the mouthpiece of New Zealand ex-pat Ruban Nielson, who, with a bunch of guys from Portland, makes catchy, art-damaged pop songs that have the fidelity of something recorded by a tape player underwater.

The band is touring in promotion of their aptly titled second album, II, which dropped last month. Whereas their first record featured straightforward yet catchy guitar pop, the new album plays with a variety of genres as disparate as soul and psychedelic rock, influences that translated with a surprising effortlessness into the live setting. 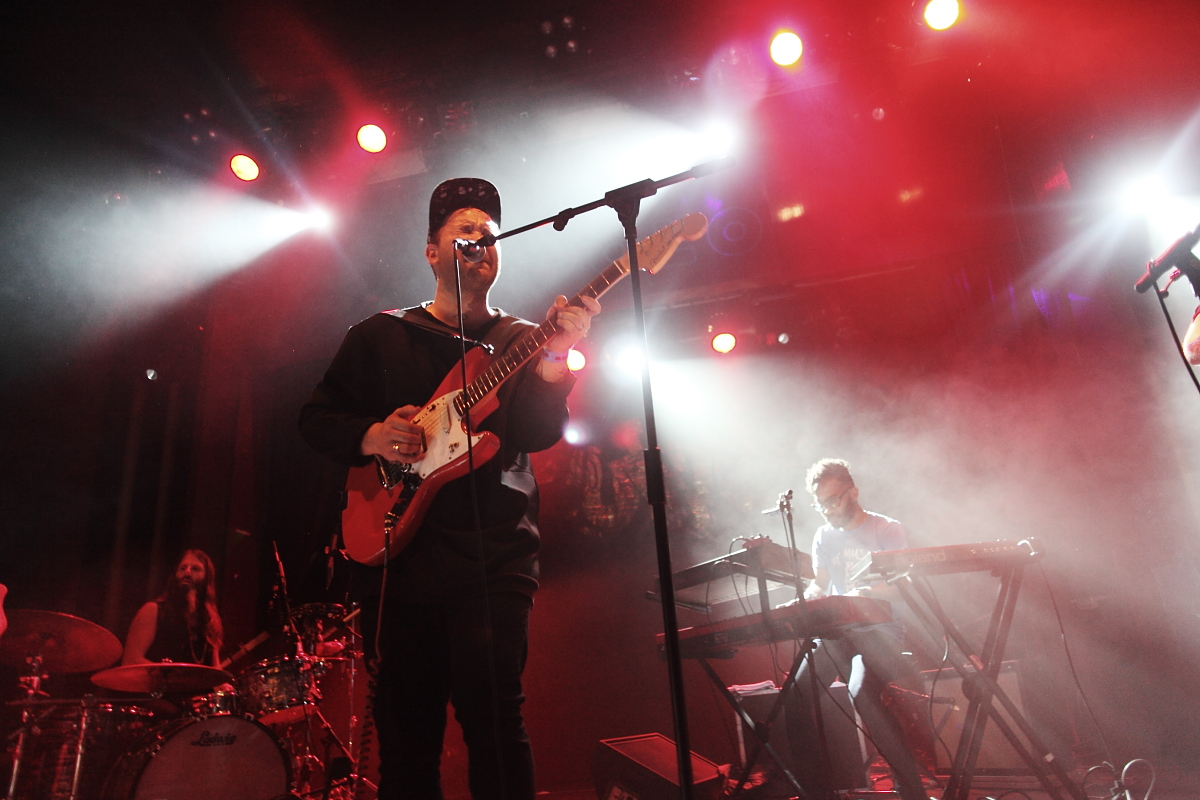 Seconds into their set, after launching into the fuzzy opening riffs of “No Need For a Leader”, UMO had already proven themselves in many areas that Foxygen did not. At three onstage members, UMO still managed to display to the audience a sense of presence and command that, until this point, had been absent that night. From the groovy bass to machine-like drumming, they made sure that the audience immediately knew from the get-go that they meant business.

The band continued to power through their set with an energy nestled comfortably between focused and fun, playing a healthy balance of material from both of their albums. Although Nielson’s voice would occasionally get lost in the sea of instrumental noise, the consistent musicianship more than made up for this.

The band saved the best for last, launching into their signature song, “Ffunny Ffrends”, and their new single, “So Good at Being in Trouble”, to cap off their set. The highlight of their show, for me at least, occurred when the band returned to the stage for an encore, which included the band offering (for the first time live, apparently) their take on garage rocker Jay Reatard’s “My Shadow”, which despite being a cover managed to retain all of the raw energy of the original. The band followed this high-octane sugar rush with a spacey, chilled-out version of old cut “Boy Witch” before leaving the stage, however their departure was one that was well-earned.