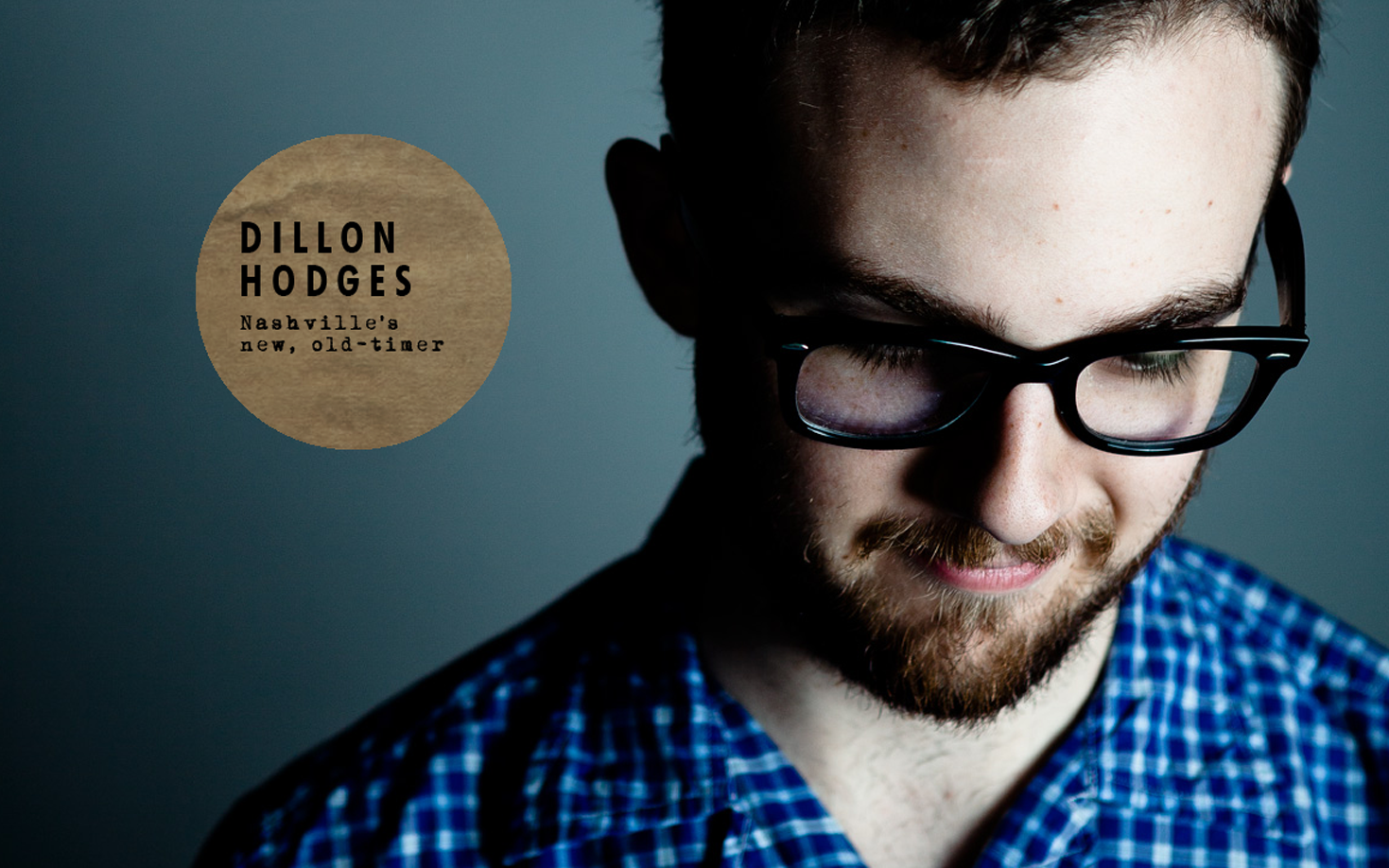 Q + A with Dillon Hodges by Discosalt

Dillon Hodges plays Americana in the spirit of  old-time music  – an eclectic mix of bluegrass, folk, country and soul sung with a deep bluesy voice  and backed by haunting melodies. Growing up near Muscle Shoals, Alabama, Hodges began shaping his sound by immersing himself in bluegrass and traditional music – refining his guitar skills by competing in flat-picking competitions.  Now, with his debut full-length album, Rumspringa  dropping this May, Hodges caught up with us to discuss his love of old-time music,  one time in jazz camp… and Nashville’s “hot chicken” scene.

DISCOSALT : What singers and bands did you grow up listening to in Alabama?

DILLON HODGES : I was reared in bluegrass, traveling to local fiddle conventions on the weekends, but there was always a duality to my taste in music. Though I religiously studied the musical approaches of guitar legends Doc Watson and Tony Rice, I never started writing or singing until I first heard the music of John Mayer and Ray Lamontagne.

DH: My parents were always indulging me, but I think they were skeptical of my musical interests. After much begging, my uncle gave me a guitar at age 11. The first competition I won was held in a shopping mall in Colombia, TN. I was 11 years old, had only been playing guitar a few short months and was the youngest of four contestants by roughly 40 years.

D: What artists do you listen to today that influence your style and writing?

DH: Recently, I have been inspired and motivated most by the music of my friends, peers and neighbors. I’ve been listening to other Alabama artists like The Secret Sisters, The Bear and John Paul White.

D: Your new album seems as accessible to someone living in Brooklyn as it is to a Southerner. Why do you think your music has such cross appeal to different types of music fans?

DH: Different styles of music and artists have always inspired me. Though my first love was always old-time music, I went to jazz camp every summer and studied the music of Charlie Parker and Cole Porter. Marvin Gaye, D’Angelo and Stevie Wonder are usually in heavy rotation alongside Fleet Foxes, Gillian Welch, Michael Jackson and even Rhianna. Rumspringa draws inspiration from many places both in lyrical approach and melodic content.

D: Are there any local, upcoming, Nashville artists who you are looking to collaborate with?

DH: I had the privilege of working with Amber Murray of The Bear on this record. The Bear is an Alabama band based out of Muscle Shoals. She is featured on the track “The Garden and The Moth”. I have also been traveling and writing with Nashville country artist Jaida Dreyer.

D: If you could go on tour with any band or singer – past or present – who would it be?

D:  I’m headed down to Nashville this summer, do you have any favorite BBQ spots?

DH: I don’t pretend to be an expert on Nashville BBQ, but I am well versed in the “hot chicken” scene. Make sure to check out Prince’s or Bolton’s for chicken and Ghot Wingz for wings. Hands down, my favorite restaurant in town is City House in the heart of Germantown.

Catch Dillon on tour this summer.

Click to Watch the new Dillon Hodges  video for :  Bullet for a Broken Heart