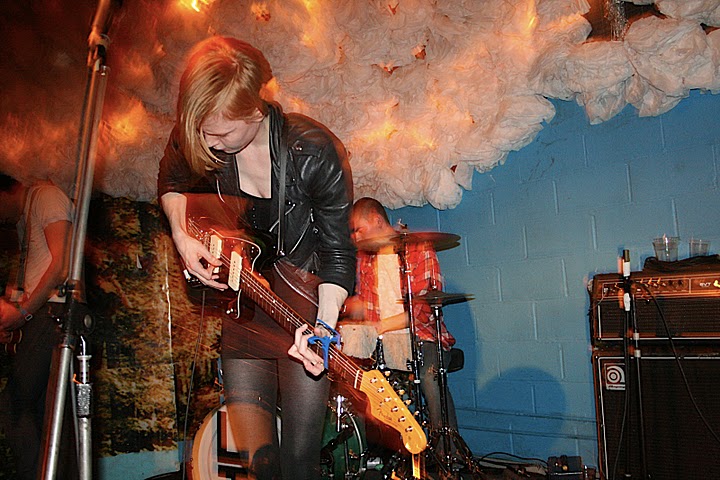 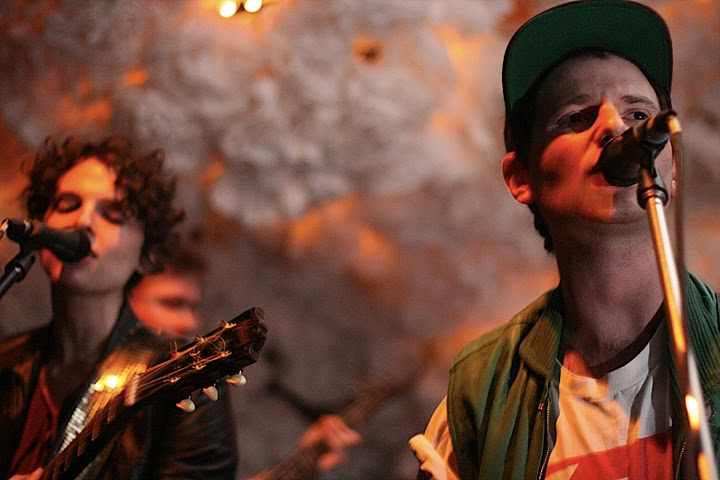 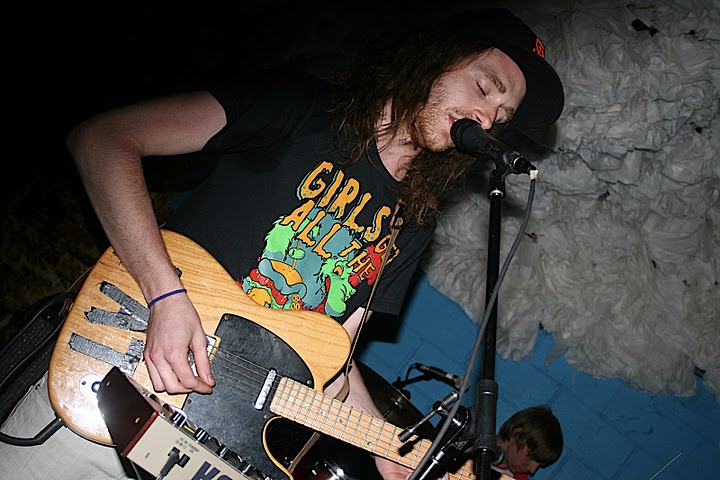 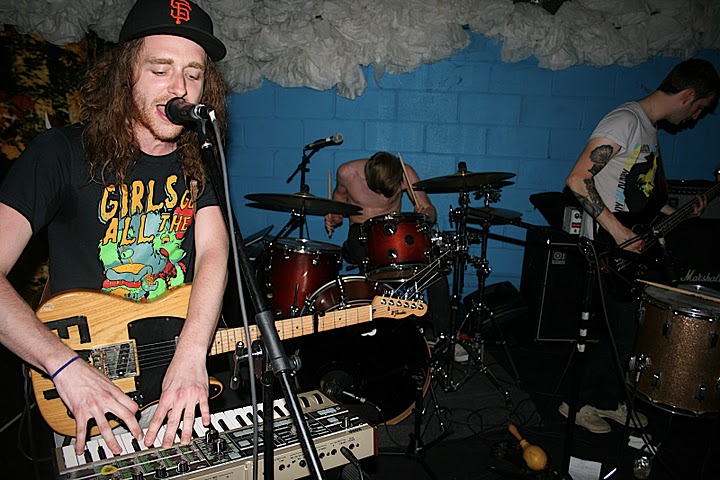 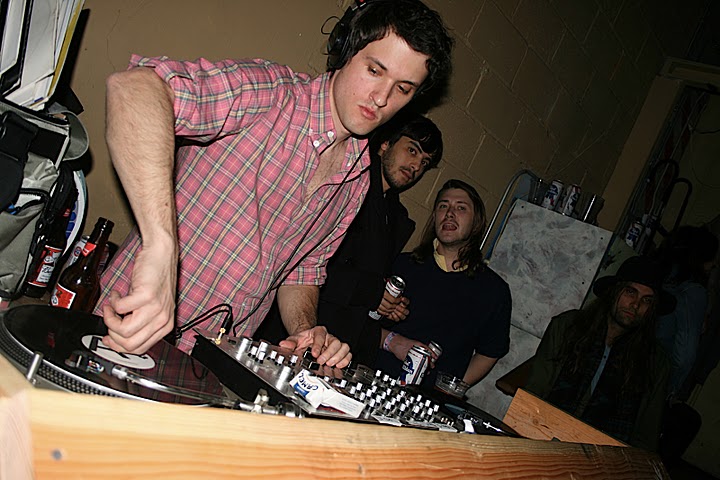 The good folks at PopGun took control of Glasslands Gallery on Friday, March 26th, for their monthly throwdown. This months party featured an amazing line up: deck set from the disco daddies of DFA’s Holy Ghost! and live sets from Pocketknife, Acrylics, Lissy Trullie, and Bear Hands. Check out some pictures from the show and download some preview tracks below:

The NYC band plays indie pop rock, but somehow manage to steer clear of the 80’s new wave sound thats so heavily dominant now. Instead, Acrylics conjure a retro sound, but one that harks from a different era; the 70’s. Formed around songwriters Molly Shea and Jason Klauber , their male/female vocal combo ,layered by gentle synths and some sweet lap slide guitar gives the band a really crystallized  70’s pop-influenced sound that has at times a Linda Rondstadt/Fleetwood Mac feel to it.

Lissy Trullie has become the rocker du jour for fashionistas and hipsters throughout New York. She oozes hipness. With her 60’s mod warhol haircut, dangerously high mini skirt, and sexy pouty stage persona, there is no question, Lissy is interesting to look at.  But its not all style over substance. Her set on Friday showed she can be interesting to listen to as well. Working through a mix of noisy garage pop rock hits with Strokes-like riffs, along side some more poppy Blondiesc tunes, and a surprisingly good cover of Hot Chips “Ready for the Floor”, she managed to grab my full attention and leave me wanting [to hear] more…and I swear it wasn’t just the mini skirt… I think.

Bear Hands were probably the most buzzed about band of the night, and they managed to live up to the hype for me. They are rapidly becoming my new favorite Brooklyn band and a band to keep on your radar this year. They blend a mix of post-punk, indie rock, shoegaze and 90’s alternative rock into a totally unique sound that had the whole crowd moving. Jumping in and out of riotous percussion segments with bass player, Val Loper doubling up on drums and maracas, they create sort of an ethnic folky art rock sound that manages to sound distinctly American. Singer Dylan Rau, showing some west coast love, rocked a Giants cap, displaying the word “fat” on his guitar in black electric tape?, at times sounded like Girls singer Christopher Owens, at times like Pavement, at times Cold War Kids but with a hangover. Often moving from funky singing to emotionally shouting, Rau has an uncanny ability to bring an urgent anxiousness to his performance, while at the same time seeming barely bothered. Its like he just woke up and we are all interrupting something but hes too lazy/drunk to tell us. “Cant Stick Em” was one of the sets highlights with its over driven bass, and fast tight drums swirled into Bear Hands patented shuffling gait, giving the the band a more urban new wave vibe that was really fun to dance to. Get out and see these guys before they blow up.

Holy Ghost! – “I Will Come Back (Classixx remix)” | download