Check out a preview of some shows worth checking out this summer at the Central Park Summer Stage. 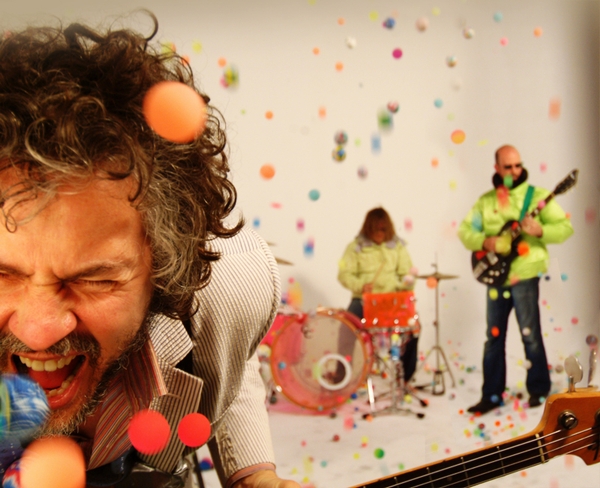 Legendary for their wild stage shows, The Flaming Lips are among the most notorious and beloved rock and roll bands in the world.

Grammy winners The Flaming Lips have long been known for their lush, multi-layered, psychedelic arrangements, peppered with spacey lyrics and bizarre song and album titles—for example, “Psychiatric Explorations of the Fetus with Needles” and Transmissions from the Satellite Heart, which featured the hit single, “She Don’t Use Jelly.” They are also acclaimed for their elaborate live shows, which feature costumes, balloons, puppets, video projections, complex stage light configurations, giant hands, large amounts of confetti, and front-man Wayne Coyne’s signature man-sized plastic bubble, in which he traverses the audience. Q magazine has named The Flaming Lips as one of the “Fifty Bands to See Before You Die.”

The Black Keys’ highly anticipated sixth new album, Brothers is due out in early 2010. Of the band, Rolling Stone says “rock of this caliber is really timeless.” The Black Keys are Dan Auerbach on guitar/vocals and Patrick Carney on drums. The new album was recorded at the legendary Muscle Shoals Studios in Alabama. The New York Times has called The Black Keys’ music “tough-minded, blues haunted songs,” and the ghosts of Muscle Shoals inhabit Brothers’ 15 tracks. Of the album, Auerbach says, “We like spooky sounds… like Alice Coltrane, where a dark groove is laid down. That’s the headspace we tried to get into for this record.”

The Morning Benders are fast gaining indie fame with a distinctive sound, featuring a plethora of instruments and skillful multi-layered vocals. This year saw the release of Big Echo which has garnered a myriad of amazing press. It was produced by the band’s Christopher Chu and Grizzly Bear’s Chris Taylor. The New York Times said of the pairing, “their shared fondness for California pop gloss with experimental underpinnings, from Brian Wilson and psychedelia to Fleetwood Mac, has transformed a straightforward, 1960s-loving, folk-rock and Merseybeat band into one whose songs exult in texture… It’s a splendid transformation.” Pitchfork gave the album an 8.2 and said “Morning Benders (have a) stylistic transition, one any band would envy and many listeners will love.”

Concert: The Black Keys & The Morning Benders
When: Wednesday, July 28, 2010 at 6:30PM
Where: Central Park/Mainstage

Three of North America’s most compelling female songwriters share the stage to sing their carefully-crafted songs that are at once confident and delicate, brimming with beautiful melodies and narratives.

St. Vincent is the nom-du-microphone of multi-instrumentalist/chanteuse Annie Clark. This Dallas-raised, doe-eyed songbird began her musical career performing with Sufjan Stevens and The Polyphonic Spree. In 2007, St. Vincent released her debut solo debut effort Marry Me, catapulting the young singer to the top of critics lists and earning a PLUG Independent Music Award for Female Artist of the Year. Her second album, 2009’s Actor, prompted Pitchfork to exult “St. Vincent is an artist capable of crafting believable, complicated characters with compassion, insight, and exacting skill.”

tUnE-yArDs is the singular musical project of New England native Merrill Garbus. Possessing an expansive sound that marries a coarse folk ingenuity with the bold pop sensibility of an R&B siren, her debut release BiRd-BrAiNs was assembled with a staunch DIY aesthetic. She is aptly described by Stereogum as “a self-contained Sublime Frequencies compilation, jumping between blues, African tunes, shiny reggae-esque sprawls and lo-fi folk.”

From the age of three, singer-songwriter Basia Bulat has been perched on a piano, playing. In time she picked up guitar, autoharp, banjo, ukulele, sax, upright bass and flute. Her songs are breathless and thirsty; influenced by the spirits of Jeff Magnum, Odetta, Emily Dickinson, as well as soul-music. Bulat’s songs reflect the stillness of experience on the road, hand-in-hand with a freshly blossoming career.

The next wave of electroclash and electropop begins here. Disco and house music lovers beware!

Hailing from London, Hot Chip have proven to be one of the longest-lasting, prolific and talented electropop groups of the new millennium. With a truly unique vocal signature and a penchant for complex orchestration, Hot Chip’s music is intellectual without ever losing a step on the dance floor and deeply, artfully human. The band’s newest album, One Life Stand was described by The Guardian as “their best work, paring down past excesses and unifying them into an extraordinarily lovely whole.”

Hercules and Love Affair is a collective of likeminded disco/electroclash/glam artists led by DFA Records’ DJ Andy Butler. The band’s 2008 song “Blind” was named Song of the Year by Pitchfork. The band’s eponymous freshman album was critically regaled both in the US and abroad with prominent electronic/dance critic Philip Sherburne calling it “lush, melancholic, gregarious, generous, both precise and a little bit unhinged… the most original American dance album in a long while.” Now they return to the live circuit with a brand new line up of vocalists and fresh material.

Holy Ghost! are born and bred New Yorkers Alex Frankel and Nick Millhiser. The two disco/hot sauce enthusiasts met in elementary school and have been playing in bands together ever since. After working as musicians for many DFA studio recordings, they formed Holy Ghost! over a shared love of analog synthesizers, Larry Levan era-disco, and the cheap thrills of pop. The duo released their first original song “Hold On,” which iTunes named “Single of The Week.” Remixes for artists like MGMT, Cut Copy, Phoenix, and Moby soon followed. The duo will simultaneously release an EP in 2010 and unveil their live show, opening up for LCD Soundsystem, in the USA and in Europe.

Breakthrough indie favorites bring the soulful magnetism of their dreamy elecropop to the stage.

Presented in association with Meanred Productions

The xx are making a quick ascension to pop fame with their dreamy, post-punk songs. The British band’s 2009 debut, simply titled xx, caught the attention of music critics and fans alike, which lead to sold out tour dates around the globe, as well as wide-spread acclaim. NPR says, “Both casually cool and absolutely magnetic, this young London (band) makes music that’s simple and raw, but utterly captivating.”

Chairlift formed in 2006 to make music for haunted houses (!), but has since abandoned that mission to make cleverly seductive psych-pop instead. Best known for their song “Bruises,” Chairlift is part of a collaborative circle of Brooklyn experimental pop magicians including MGMT, Yeasayer, Telepathe, and Class Actress.

UK singer/songwriter Jack Peñate pieces together a collage of up-tempo sounds from a myriad of influences. Rolling Stone describes Peñate’s sophomore release, 2009’s Everything is New, as “a more mature album… that jumps from classic soul to Afropop to Tropicalia with a rock undercurrent. As advertised, everything is new this time around for the twenty-four year old soul-singing Brit rocker.” 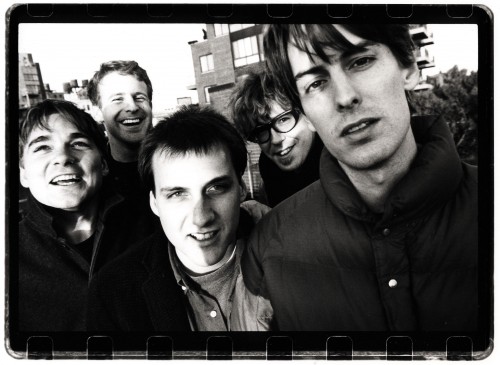 The pioneers of 90’s underground alternative bring their enchanting lo-fi guitar and cryptic lyrics into the sunshine of Central Park.
Pavement mark the point when post-punk turned into alternative rock. When their first EP, Slay Tracks, was released in 1989, it sparked a back-to-the-garage movement in the American underground. While there were a number of hardcore and punk bands in the U.S. during the late ’80s, Pavement brought guitar pop back into the underground lexicon. Combining ringing guitar hooks with mumbled, cryptic lyrics and a D.I.Y. aesthetic borrowed from post-punk, the band simultaneously sounded traditional and modern. Though there were no overt innovations in their music, Pavement had an identity and sense of purpose that transformed the American underground. Throughout the ’90s, they worked relentlessly, releasing records every year and touring constantly, playing both theaters and backwoods dives. Along the way, they inspired countless bands, from the legions of jangle pop groups in the mid-’90s to scores of alternative pop groups in the ’00s, who admired their slow climb to stardom.