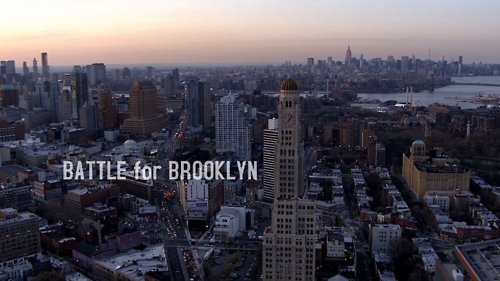 A group of people in Rooftop’s beloved Brooklyn come together to fight the Atlantic Yards Project—a massive real estate development that threatens to destroy their homes and neighborhood—in this epic tale of how far people will go to fight for what they believe in. Presented in partnership with the Brooklyn Film Festival. BFF runs from June 3rd through June 12th.

No admission for this show. More information at: http://rooftopfilms.com/2011/schedule/battle-for-brooklyn/

It’s Your City. Take a Look. One’s a hustler. One’s a magician. Several are men of music. And one’s just a regular guy. But they have two things in common: They’re all New Yorkers, and they all have a story. One that distinguishes them. One that defines them. One that strikes a universal chord, yet is uniquely New York. These New York stories will stick with you.

Tickets are $10 online or at the door. Tickets and more information at:http://rooftopfilms.com/2011/schedule/new-york-nonfiction-1/

An eerily compelling sexual thriller from writer-director Sophia Takal, Green focuses on a young literary couple who encounter an alluring country bumpkin during their weekend getaway. Brooklyn-based filmmaker Sophia Takal’s promising debut focuses on the romantic tensions that develop between a young literary couple and the outgoing country bumpkin they encounter during a getaway from the city. Out in the woods, existing relationships start to fray, and the makings of a dangerous love triangle start to come together. Or do they? Takal’s auspicious debut hovers in remarkable ambiguity. Winner of the Chicken & Egg Emergent Narrative Woman Director Award at the SXSW Film Festival.

MEN IN LOVE (Keith Davis | Brooklyn, NY | 12 min.)
Following a bitter break-up, Leo’s best friend takes him out to meet a new woman and ‘get over’ his ex. But after a steamy and unexpected encounter with a stranger he’s forced to face what most men fear: they don’t realize they’re in love until it’s too late.