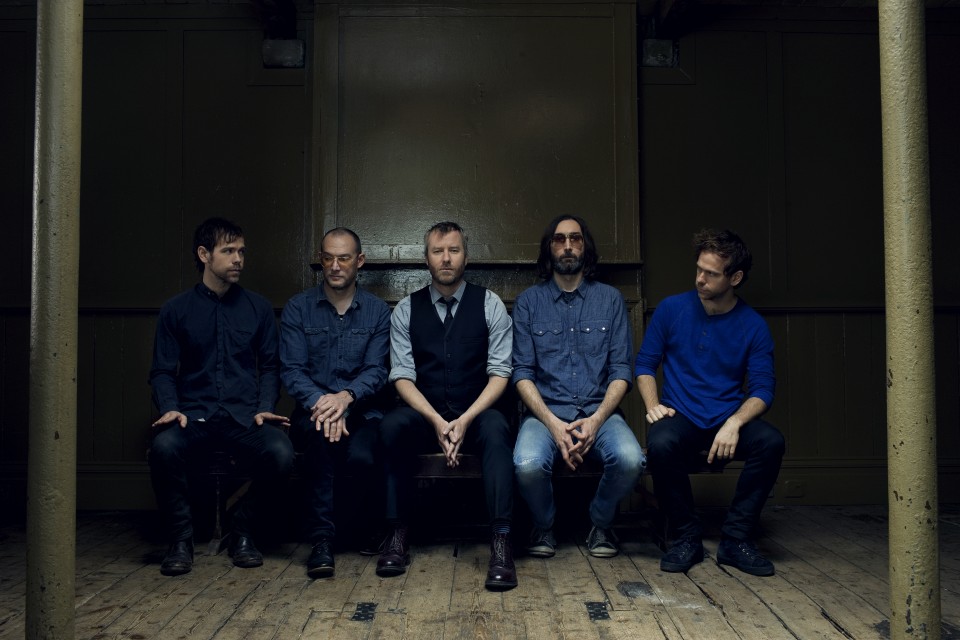 Q + A with The National by Hayalsu Altinordu

Discosalt sits down with The National to discuss their writing process, the best thing about New York, Headliners at the ultimate music festival and what’s on their ipod shuffle.

DISCOSALT: Can you tell us a bit about the writing and recording process of your last album High Violet? It’s an amazing album, worth waiting for, but why did it take so long to record?

THE NATIONAL: Thank you for the compliment. Writing and recording and our band are two sides of the same coin. The process starts with musical sketches which Aaron and/or Bryce will record and pass on to Matt to consider. For the ones he likes we go back and record drums for and just kind of massage into finished mixes over thecourse, in this case, of many long months.

D: High Violet sounds even heavier compared with your previous album. Also, the songs all seem to have a New York theme…what’s your favorite thing about New York? And what parts of urban life inspired you to write this album?

N: Generally the songs do share a theme as you say. Sonically, too, they are similar in their darkness. As for New York, I believe that the city takes care of its own and is rife with opportunity. I like the seeking aspect of the city life.

D: Sorrow and Anyone’s Ghosts are albums with some really amazing lyrics, almost magical… I love the line, “I had a hole in the middle where the lightning went through. I told my friends not to worry.” How did the idea for these songs come about ?

N: I like those lyrics too. This is Bryan, the drummer, and I’m afraid I can’t speak for Matt who writes the lyrics. Though Matt is on record in the New York Times Magazine, saying: “[Sorrow]’s about the idea of sorrow more than anybody’s personal experiences.”

As for Anyone’s Ghost, there is an undertow of alienation there. My favorite lines from that song are: “You go out at night with your headphones on, again/Walk through theManhattan valleys of the dead”.

D: Why did you choose to record this album in your home studio?

N: Well, we blew our budget building the place so we couldn’t really afford to go somewhere else.

D: Matt, what do you do when the band is working to put the songs together?

Again, Bryan the drummer here, while we’re working in the studio Matt’s at home listening to the demos over and over and agonizing over the lyrics.

D: What about the artwork of the album? Whose idea was it?

N: Matt suggested the image of Mark Fox’s piece and Scott put it all together in thedesign.

D: When you look back at your career thus far..which album do you think defines “The National” the best? And why?

N: For me it would be Cherry Tree the EP. It captured us as we were really coalescing into a “real” working band.

N: I personally don’t use social media sites. I do however write an on-and-off-again tour diary for brassland.org and sometimes gothamist.

D: Do you prefer playing in front of big audiences, in big festival or in smaller venues?

N: I don’t really have a preference really. I mostly just keep my head down and try not to fuck up.

D: If you could organize your own music festival, who would headline?

D: If you had to explain The National in one sentence, what would it be?

D: Can you tell us three songs on your ipod shuffle right now?