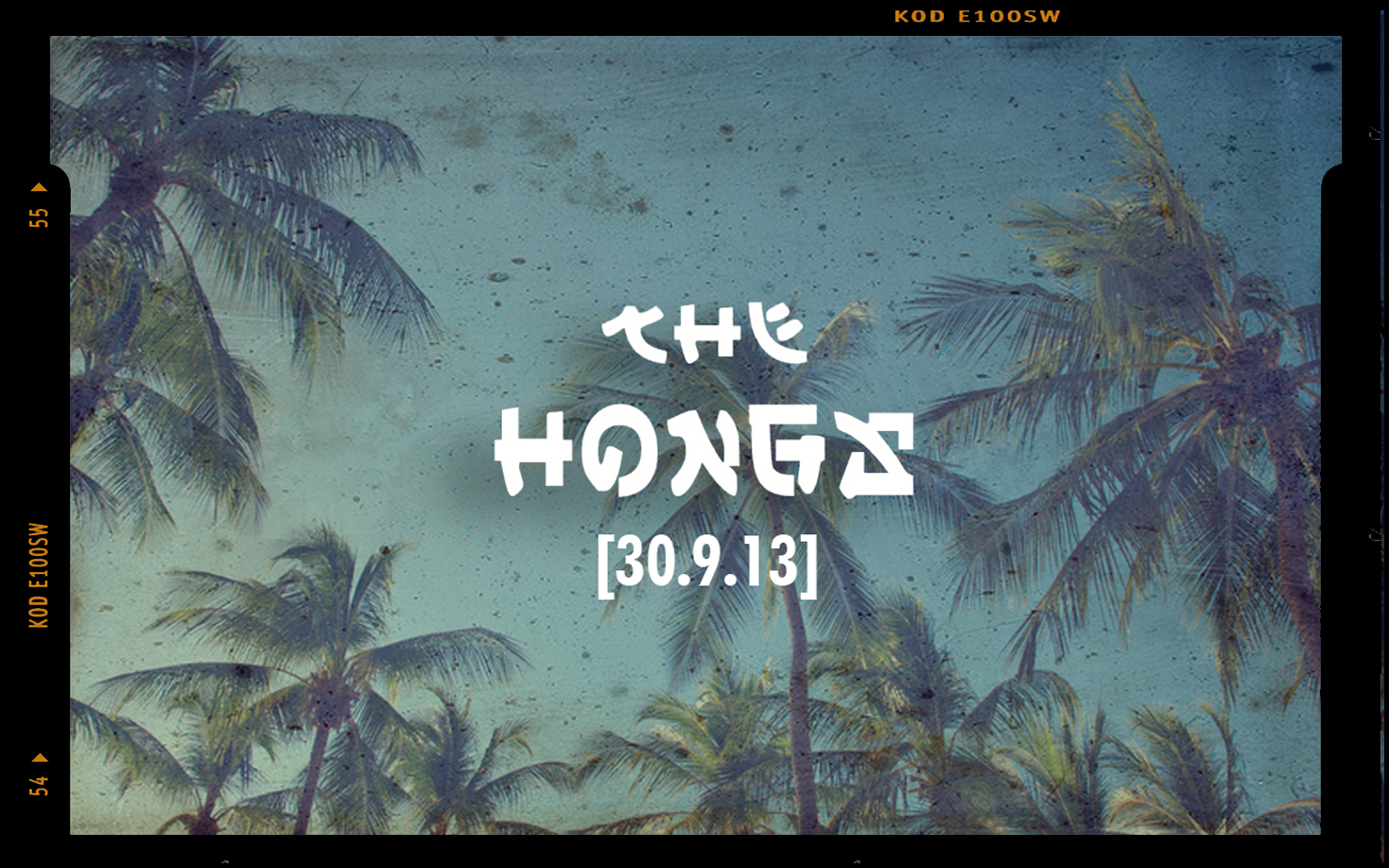 Q + A with The Hongs by Discosalt

Gordon Meyers (guitar & vocals) chews the fat and serves up some musical paella with Discosalt, dishing out the band’s slant on Miami’s emerging indie scene, the illusive Hong Headquarters and why the new Hong’s album Pet Scans is a bi-polar listening experience.

DISCOSALT : So, what’s a Hong?

THE HONGS: A Hong is a highly talented member of this international dance music collective.

D: How would you describe the Hongs sound?

H: Musical Paella…Disco Dub Rock …. depending on who’s in the studio and where we are in the world.

D: Our uber confidential sources tell us the original band started in Brooklyn as an acoustic song writing duo smoking a lot of cannabis. What prompted the move to Miami? And how did the changes in latitude affect the bands sound?

H: 10 winters in New York was enough… I was interested in melding different musical cultures in a fresh artistic environment  Miami’s party nightclub culture is extremely escapist for its European , Caribbean and South American populous. The Hongs sound is the collision of those cultures.

D: What’s the biggest thing you miss about Brooklyn?

H:I miss the fearlessness of the Brooklyn art community.

D: Miami has been striving to find an independent music scene for the past few years.  Does it seem like there is some real momentum now for a thriving indie scene? What are some other Miami bands on your radar?

H:Miami’s Indie scene is encouraging these days.  The sustainability of the scene is always fragile.  Beat Machines , Krisp and The Wolf are some of my favorites.

D: On the sneak, is Miami bringing heat for real?

H: Miami is a dangerous place, one can get lost and found all at once.

H: Hongs HQ is about half way done. The locale will remain a secret unfortunately for now. But we’ve contracted Rupert Neve to construct a 32 channel analog board based on his old designs. Coupled with a healthy amount of out board gear and our Protools rig we’ll be quite versatile . HQ will be up and running in Mar 2014.

D: I’m already looking into cheap flights this winter. We can totally crash with you guys right?>

D: Last years Delicate Tremors EP seamlessly blends elements of New Wave, Shoegaze, Disco and Pop. How does the new EP compare? What can we look forward to?

H: Pet Scans blends many of the same genres but I believe songwriting is a bit more intimate. It varies from a tidal wave of sounds in Magazines to Rave inspired keyboard hooks Lanterns to eastern guitar melodies in Mika.  Its a bi-polar record for sure.

D: Would you work with Wayne “The Brain” Allison and the Brazilian Girls production team again on this EP?

H: Wayne is currently mating in the hills of Tenn with his wife so Carlos ‘Loco” Bedoya and I are producing.  ADJ from Brazilian Girls do make stunning appearances on the record.

D: Who were some of the influences on this new album?

H: I’ve been hanging in Ibiza with DJ Mateus Rozay this year so  EDM and Indie Rock have been big themes for me this year. I love everything from Pendulum to Too Fast for Love era  Motley Crue.

D: Will you playing this years CMJ? How can we lure you into playing a Discosalt CMJ showcase?

D: Thanks guys! Save that couch for us.

← Best Albums of 2011
How Internet Killed the Indie Rock Star →