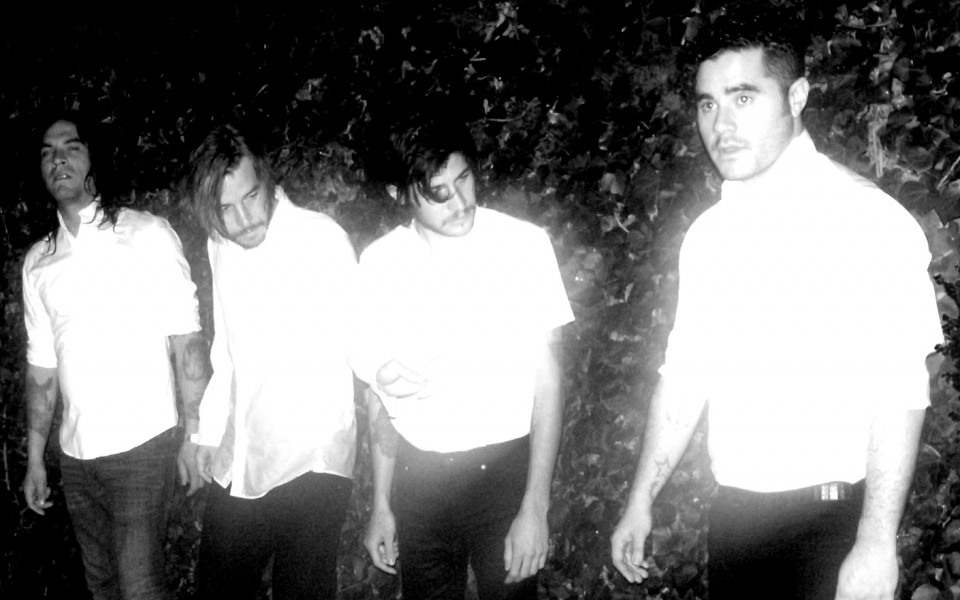 Q + A with Rey Pila by Discosalt

Rooted in Mexico City, Rey Pila is the solo project of Diego Solorzano, former front man for Los Dynamite. After splitting from Los Dynamite in 2008, Diego immediately began work on material for his solo project. Rey Pila released their first record in 2009 which was co-produced by Paul Majahan (TV on the Radio, Yeah Yeah Yeahs, The National). The self-titled debut combines a myriad of musical genres, including psychedelic, shoegaze and old-school Motown references.  Following the success of their first release, Rey Pila toured extensively with the likes of Interpol, Muse, TV on the Radio and Ariel Pink. In 2012, Diego, alongside bandmates Rodrigo Blanco and Andres Velasco, moved to New York City to begin work on their sophomore release. With the help of producer Chris Coady (Beach House, Smith Westerns, Wavves), Rey Pila has created their second album which features “a synth-laden, guitar-driven collection of pop gems.” Their first single, “Alexander”, was released on Julian Casablancas’ Cult Records in Fall 2013. We caught up with Rey Pila to find out which Christian Bale movie inspired the bands “Lady in Red” cover, how the political climate in Mexico is shaping the Mexico City music scene, and if any 80’s new wave bands could beat David Bowie in a street fight.

Discosalt: How did you first get connected with Paul Majahan (Yeah Yeah Yeahs), Chris Coady (Beach House, Wavves) and Julian Casablancas’s (Cult Records, The Strokes)? What has it been like working with them?

Rey Pila: Rey Pila started as Diego’s solo project. He recorded the first album with Paul Mahajan. They met because Diego sent him an email with demos and Paul agreed to record the album in his Brooklyn home studio. After promoting and touring the first LP extensively we became a band. During that time we worked on about 24 or 25 songs that became demos for the album we’re releasing soon. A good friend of ours from NYC mentioned Chris Coady and said he would be a great producer for our next record. Diego started a conversation with Chris via email that led into demo sharing. Chris loved the demos. After locking every detail and getting the ball rolling we traveled to NYC to record the album with Chris at the DFA studios in Chelsea. Working with Chris was very educational, the man knows his way around every synth known to man. Chris has a very original approach on music. We got in touch with Julian by accident. A friend of the band told us that Julian was walking by his office and heard “Alexander” blasting from his computer, Julian knocked on the door and asked about the song and the band. He loved “Alexander”, Julian is a very talented dude! He shaped both “Alexander” and “Lady In Red” into two very good songs. We were very happy and excited with the results. Working with him has been a real honor and pleasure.

D: Were you a fan of Julian and the Strokes before you signed to Cult Records?

RP: All of us in the band were blown away when ‘Is This It’ came out. Such a cool sounding record with great melodies that get you hooked on right away. We like all of their albums.

D: The Guardian described you as an ’80s synth-rock Strokes. Were the Strokes influential on your sound?

RP: Definitely. We are part of a generation of bands that was influenced by The Strokes.

D: How would you describe your own sound?

RP: It’s very hard to describe your own sound because you are buried in so deep in every aspect of the creative process that it’s complicated to have an objective answer.  We like to think that our songs have a healthy blend of popular and alternative music.

D: Which of your recorded songs is your favorite?

RP: Our favorite is “White Night”. When we got to the studio with Chris Coady, the demos we had were pretty much structured and the sounds were already there. Coady did a great job taking those sounds to a higher fidelity with the new tools we had at the studio. He took all of the songs to the next level. But for “White Night”, that song really changed from the demo version to the final one. “White Night” is one of the bands favorites.

D: “Blast” has a real  David Bowie/Tears for Fears/Modern English/Duran Duran 80’s New Wave vibe. Were you channeling any of these bands while writing the track?

RP: When you are writing a song you instantly think what you would like the song to sound like, creating limits and boundaries subconsciously. Some boundaries can be negative and some positive. When you are thinking of someone like Bowie it’s always positive. David Bowie is an artist that has been very present in our lives, we are definitely influenced by him. We like to think of “Blast” as a song that could have been used in the 80’s Miami Vice series soundtrack.

RP: David Bowie all the way!

D: Do you have a favorite New Wave album?

RP: Maybe Panorama by The Cars or Remain in Light by The Talking Heads or Outlandos d’Amour by The Police. There’s a lot of good albums from that era.

D: What made you decide to cover Chris DeBurgh’s soft-rock mainstay “Lady in Red”?

RP: “Lady In Red” is a very solid pop song. We realized how good it was when we watched the  “American Psycho” scene were Christian Bale is chilling and listening to the song with headphones in his 80’s Wall Street decorated office.

D: What is the music scene like in Mexico city? What are some other Mexican bands you think we should know about?

RP: All of us come from other bands and have been part of the scene in Mexico for more than 10 years. Andres’ other band, Chikita Violenta, and Los Dynamite, in which Diego and Miguel played, are both great. We’ve seen this guy from Mexicali, Juan Cirerol.   There’re a lot of bands, and we get all the huge acts from all around the world.

D: Do you think the political climate in Mexico is shaping the underground music scene?

RP: We have Molotov, those dudes started in the 90’s but they’ve always been exposing some of the dirty works of Mexican politics and corporate heads. Politics affects the way you live and that always channels through any type of art that is being made at that time. The war on drugs really affected the music scene in the northern states of Mexico. There are a lot of important and new acts that come from Monterrey but now a lot of them are living in Mexico City because at some point Monterrey was getting really violent. 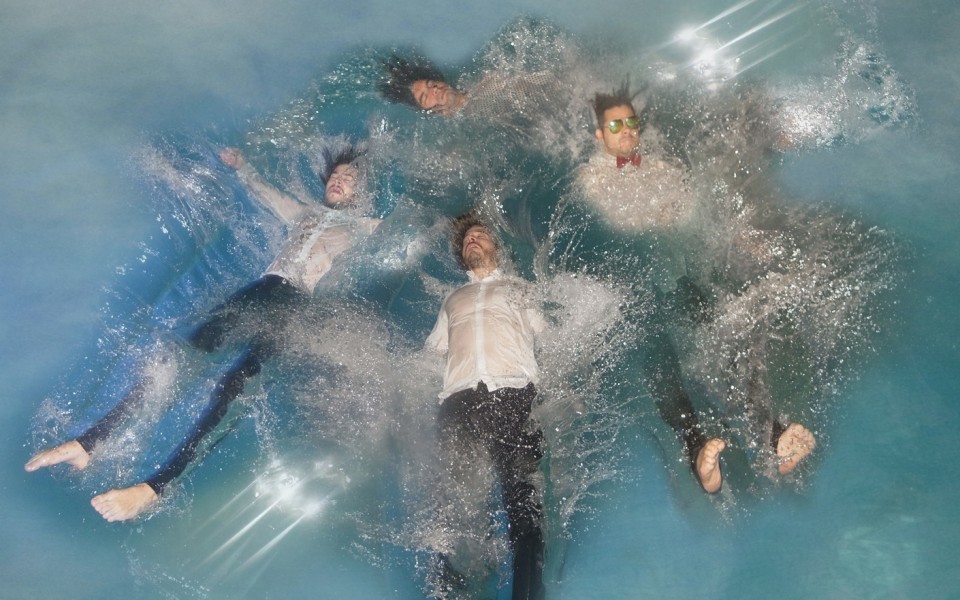 D: You now live in New York City and have an August residency at Pianos. How does the New York City music scene differ from Mexico City?

RP: Mexico city is growing culturally and becoming more and more important for bands and artist around the world. The city has a very special vibe, it’s a very unique and particular town. Very different from NYC. The things that have happened for music in New York City have written a history that keeps growing and resonating worldwide. We always find great bands, audiences and venues in NY

RP: The best is the city itself and all it has to offer. Great gigs, amazing people, good art exhibits, delicious food and cool bars. The worst is that every time we go we have to fit all of the members of the band into a small apartment, that’s not particularly pretty. The worst one we had was at Chinatown when we were recording the album. The room had no windows and every time someone had to move around the place the rest would have to be either sitting or lying down so that person could move around the flat. It was like being in jail.

D:  Is there any one artist or band that you would still love to collaborate with?

RP: Well Julian Casablancas helped us a lot with the cover of “Lady in Red”. That was an amazing collaboration and we would love to do more stuff with him. Working with Rick Ocasek, Thurston Moore and/or Geoff Barrow would be sick too.

D: What can we look forward to in the near future?

RP: We are doing a residency at Pianos every Tuesday of August. In between those shows we’re supporting for Julian and the Voidz in their Guadalajara show. After that we go on tour with Interpol, for their West Coast shows in the US. We’ve also just been added to the line up of ACL. We’re stoked about that. We’ll have a few more shows before the year is over.