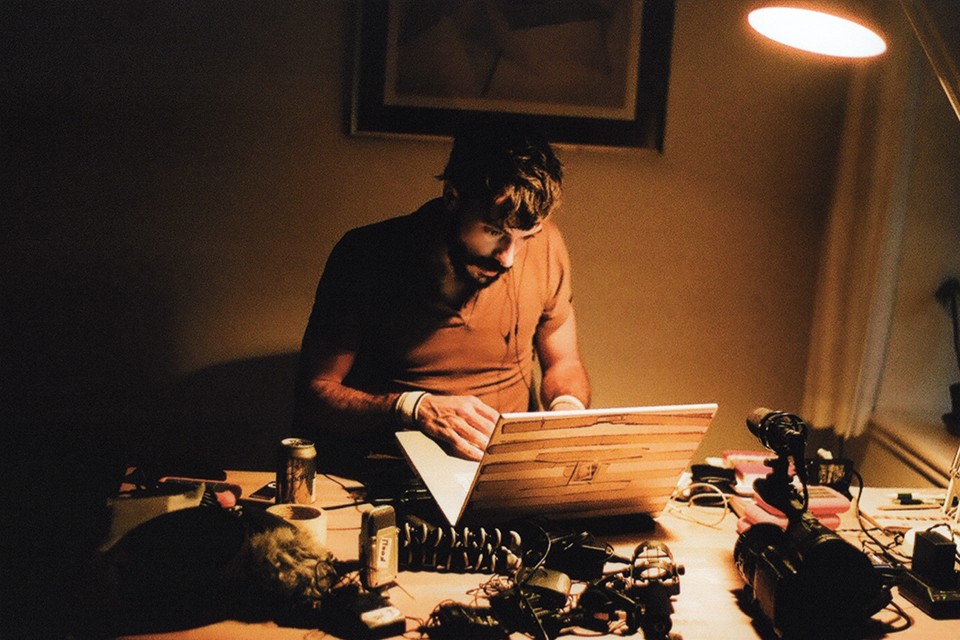 Q + A with Vincent Moon by Hayalsu Altinordu

Vincent Moon (real name Mathieu Saura), is the prolific independent film maker behind “Take-Away Show”, a series of recording sessions published for La Blogothèque. Since 2006, Vincent Moon has recorded with REM, Arcade Fire, Beirut, The National, Sigur Ros, Phoenix, and just about every indie band in between. He lives a simple life, traveling around the world shooting musicians, experimenting with images and sounds in an attempt to re-define the limits of nomadic cinema in the 21st century. His most recent project, “Petites Planetes”, chronicles these adventures. We envy him most, perhaps, because he is free.

DISCOSALT: Your shooting style is so unique. It really takes “guerilla film-making” to an entirely new level, we rarely see in music videos. How did you first get involved in film?

VINCENT MOON:I have a background in photography, so that was my first approach to images. When I was seventeen I started working with my friend Raymond Depardon, a very good photographer and a contemporary artist. I was impressed by him. I wanted to be like him, taking risks and being adventurous. For five to six years I went to every concert and movie in Paris and trained myself. Then I started shooting.

D: How did the concept for “Take-Away show” and “Petites Planets” come about?

VM: From the beginning my relationship with music was always organic. Shooting musicians, capturing the images, to me, means dancing and catching the rhythms. After being a photographer for years and trying to figure out what I really wanted to do, I started working with Chryde on La Blogotheque Project. That’s how “Take-Away Show” concept was born. But working on “Petites Planets” and shooting musicians in suburban areas is more interesting for me now.

D: There are a lot of people who think you are the real force behind “La Blogotheque”. Does the crew of La Blogotheque ever get upset or jealous by that?

VM:I started the project with Chryde but we couldn’t get along. I was the director and he was the producer and he couldn’t take that. That’s why I stopped working with them. They sometimes still publish my videos; mostly the more “indie rock” ones.

D: As far as we know, you work on your own. Does that ever become difficult?

VM: Of course it is. But the main point is to struggle. I succeeded in the last two and a half years and many people around the world are looking forward to working with me and sponsoring me. However, it’s impossible for me. I don’t want to produce something for money.

D: You’ve been travelling and shooting different musicians from all genres for the past 11 years. How do you finance yourself when you don’t have a sponsor?

VM: Actually you are asking me if it’s better to travel and get to know different cultures, or stay in Paris shooting musicians around twenty to tweny-five years old and take place on Pitchfork. If I stayed in Paris I would keep doing the same things and I wouldn’t be able to improve myself. That’s why I’ve been travelling and learning about different cultures. I earned very little money over all the films I’ve made. However, this is my choice. It’s a “life style”. I choose to struggle, but live freely, rather than eating and drinking in luxurious restaurants. My life style is more interesting compared to the stable life-style. I have a website and people can make donations through it. Other than that, when somebody wants me to shoot a project, they pay my flight ticket and my living cost.

D: You don’t sign contracts but would you work for a sponsored job some day?

VM: No, I don’t think so. I want to be free and to do that, I have to be contract-free.

D: How do you decide which country you will visit next?

VM: Most of time a friend of mine offers me a project and that decides which country I will visit next. My friend Stefan told me about this project taking place in The Black Sea. He offered me a plane ticket and my food & beverage costs for the project. So, I accepted his offer,and here I am in Turkey. Most of the time, I wait to travel until someone comes up with a project, because I can’t afford the plane ticket fare.

D: How do you decide which artist you will shoot?

VM: Before I visit a country, I ask friends to send me a list, of the artists they like, in their country. After I get the lists, I listen those artists’ music and decide who to shoot.

D: Most of the time you prefer shooting a band or artist in the street. Is there a method to choosing the scene?

VM: Totally depends on the artists.

D: What are the future plans of Vincent Moon?

VM: I will leave Istanbul in a few days and go to The Black sea for a boat trip project. I will come back in August for two weeks, and then I will shoot some musicians here. In October, I will go to Indonesia for 3 months. Basically, I will keep travelling and go on with my simple life.