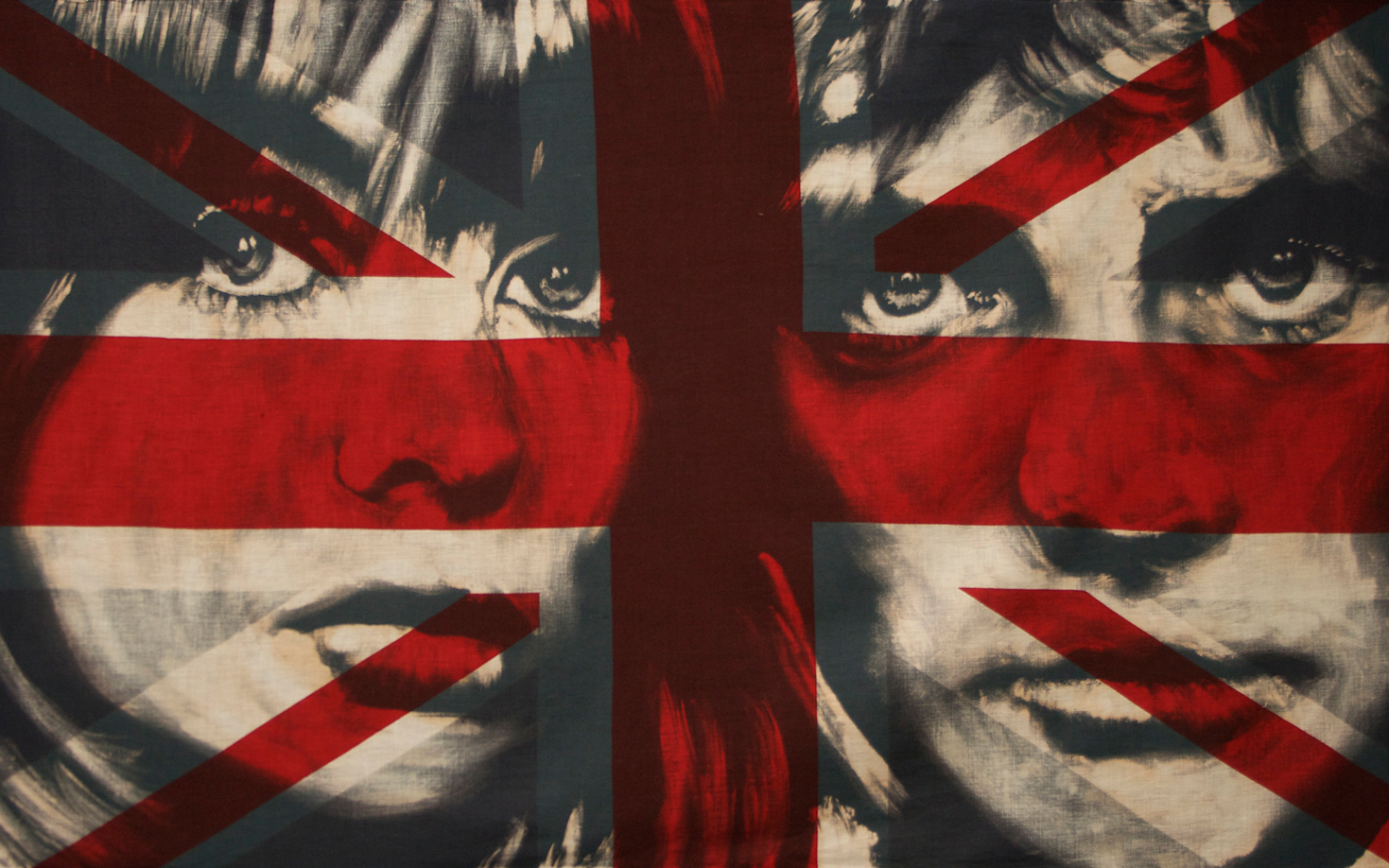 Q + A with Pam Glew by Discosalt

Discosalt caught up with cult icon/flag obsessed UK based urban artist Pam Glew, to discuss her new show “Circus”, the glitter of celebrity, the joy of old cinema, future fashion collaborations and the cherry on the cake.

D: You use some amazing portraits in your work. Where do they come from and how do you select images that inspire you?

PG: I watch a lot of old movies, and as a result some of the images stem from screen stills of films, I take about 200 photos from a film and then deconstruct the image in Photoshop, I might morph a few photographs morphed together, I do a lot digitally to the images before I start painting. I choose faces that seem to have a kind of beauty that’s also slightly painful; like Micheal Jackson as a youngster, Hunter S Thompson, and Edie Sedgewick, they all have a certain pain that balances out their success; slightly tortured souls.

D: Where did the idea of calling the show “circus” come from?

PG: I’m interested in the idea of all kinds of performers. I think of ‘show business’ as abit like a kind of travelling circus; artists, musicians, actresses, writers all having some kind of dark side. I worked in theatre for a few years, it was quite rustic and not very glitzy. I’ve always been drawn to the chaos of backstage, and the Terry Gilliam-esque eclectic montage of costumes, props and ephemera. I think its fairly important in this celebrity obsessed world to get a grip and realise that people are just people, and there is always a possibility of tragedy in the most glittering lifestyle.

D: Your work mashes two things we seem to worship here in the US: the flag and celebrities. Are you consciously raising celebrity to a higher status or bringing the notion of patriotism to a superficial level?

PG: I think we salute flags like we salute celebrity, I’m not raising them, but am interested in how we look up to individuals that have achieved something. Its hard graft that gets recognised a lot of the time, especially when we look at authors, painters, performers that work on a stage, a platform. People like to think of performers as having very glamourous lives but I’m sure it has its flip side. So I painted Twiggy, Françoise Dorléac and Kate Moss with the idea of the Pierrot clown, with a certain kind of beautiful melancholy in their eyes.

D: There is an element of film noir in your work. Do you have a favorite?

PG: I love Double Indemnity, and the scripts back then were awesome, so well written, witty and each line is so well crafted. For the ‘Circus’ show I watched a lot of films from the 1960s though; and loved ‘A Dandy in Aspic’, the painting called ‘Wonderwheel’ is loosely based on Mia Farrow in that film, I still have no idea what happened in that film, but that’s half the joy of cinema, being left confused and slightly unsettled.

D: What projects would you like to work on in the near future?

PG: More shows! I also really enjoyed the Ralph Lauren commission this year (I made the first ‘art star’ for Polo Jeans & then they have commissioned over 40 more artists from all over Europe & Middle East. That was interesting as I realised there actually is quite a lot of freedom in working to a brief and it makes you approach your work in a new way. It was challenging in a very healthy way. So more things that can make me look at the work in a new and interesting way. Fashion collaborations or furniture & interiors would be a great direction to get my teeth into. Looking at fabric and cloth in new ways that promote innovation.

D: Any plans in the works for a solo show across the great pond in New York?

PG: Funnily enough, yes, there are possibilities of a show in NYC. I would LOVE to show there, that would be the cherry on the cake.