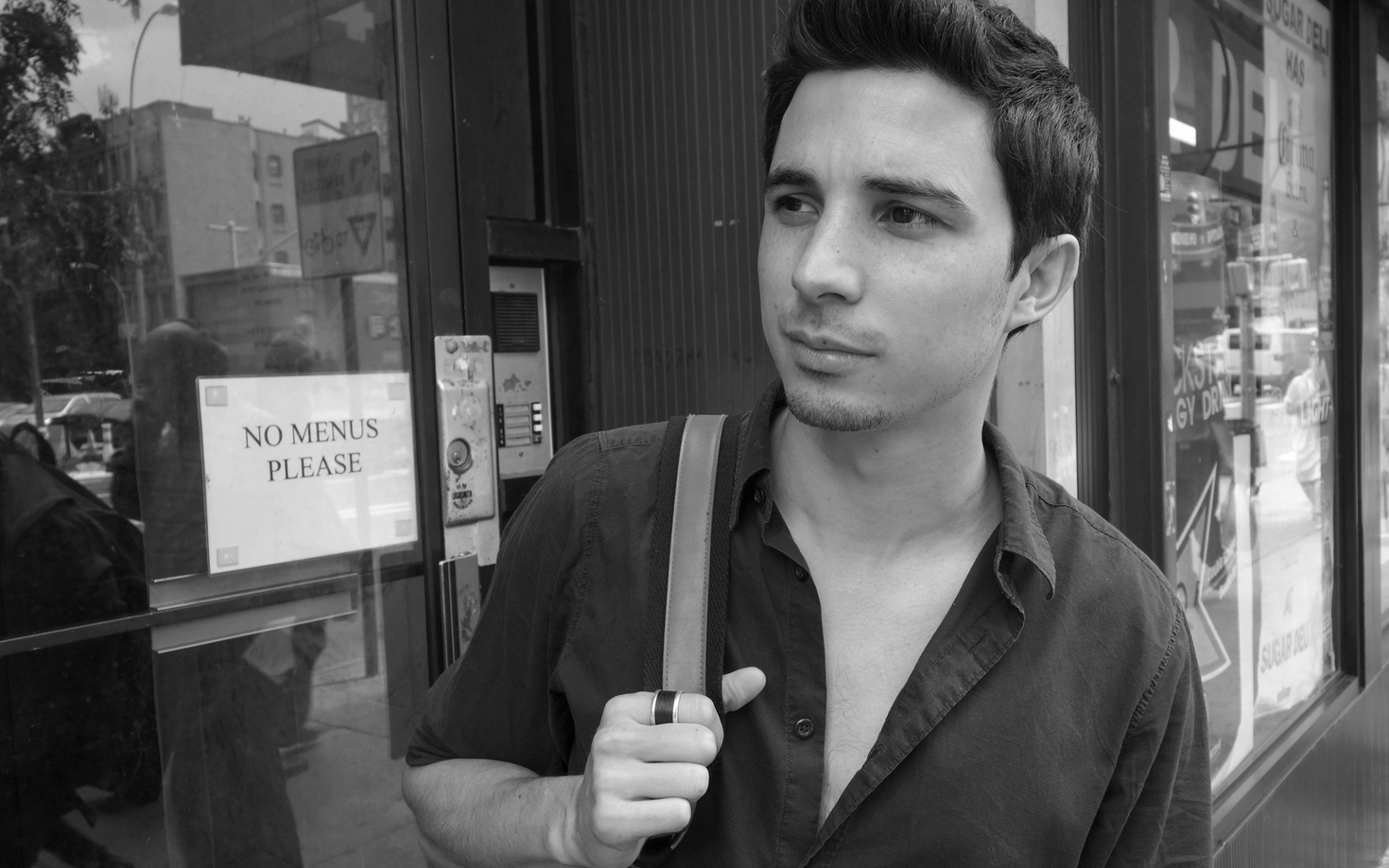 Matt Capucilli beat Angry Birds at the kitchen table of his East Village apartment; but unlike over 50-million fans of the physics puzzler, Capucilli didn’t beat the game by tapping on his iPhone screen. Late, last June, Capucilli’s own app, Video Time Machine, toppled the wildly popular Angry Birds from its top rank in international sales. Video Time Machine, which allows users to tap into veins of nostalgia by generating video content based on a year (up until 1812) and one of seven genres – games, television, ads, news, sports, movies and music – was recently, the most downloaded, paid iPad app in the world.

I met the developer, entrepreneur and artist, at a cafe of his suggestion, Cafe Pick Me Up, along Thompkins Square Park. I arrived a little late and found the punctual Capucilli at a table, alone, in unassuming jeans and a black t-shirt, quietly sipping a cup of Jasmine tea and toying with his iPhone.

I ask the the 29-year-old East Village denizen how he landed at the helm of an emerging market, but the modest, Cornell graduate, who started his studies in physics and math but graduated with a Liberal Arts degree in Political Science, tells me his route to app development was circuitous.

“I pretty much fell into technology. I fell into web development and from there, have grown into other areas of technology.” Capucilli describes himself in his early, post-college days, when he survived by waiting on tables, as a “kind of wandering soul.” A self-professed “scavenger,” he tells me he garners a persistent, habit: he’s always searching for lost objects on the ground – and has a lucky knack for discovering things waiting to be found. Yet for the past seven years, Capucilli has accurately and precisely honed in on an uncertain market. And though he is quietly cautious of lauding his work, I suspect a deluge of late nights, rigorous hard work and onerous self-doubt were poured into the development of Video Time Machine.

Lately, since cinching some well earned free time, Capucilli has been spending more of it, of all things, painting. His latest exhibit – a two-toned collection, mostly representations of the female form – can, currently, be seen decorating the walls of Lolita, a Lower east side bar/art space. Capucilli employs a mixture of digitally edited photography and acrylic paints; he shoots and then projects his photographs onto a canvas where they’re then painted over. The images “can change slightly, or not all from the original design, and the painting ends up, just being a final step in a longer process.”

“…So, It’s a bit of a hack,” he says, in large part, because his technique spawned from a lack of raw, painting skills. “I never really was trained to be a painter and I never really had the skills that so many other painters, like true painters, have. So, I needed to find a way to get my ideas onto canvas.”

When I ask Capucilli if he finds more freedom in the tech or art worlds, he is quick to say he won’t answer my question, but instead explains what he likes about both. “With technology, there is usually some kind of purpose. Users will end up viewing or getting information or some kind of service from your product, so there is more of a clearly defined set of rules that you need to adhere to, to have it be functional.” Art, he asserts, veers away from those rules and is more about mood and expression. “It is like a relief…a way of expressing whatever kind of mood I happen to be in at the time of the production.” Yet while digital production involves elements of art, graphic and interface design, it is still heavily goal oriented. “And, the only goal with my art,” he says, “is to take something in my head, and put it on paper and express myself.“

Nevertheless, Capucilli, struggles with the difference between what technology offers versus the satisfaction of manual craftsmanship.“Digital tools make it a lot easier for people to get from A to Z…technology has offered [them] the ability to create their own projects that they could never do before.” On the flip side, technology, does take some things away from the “old style,” he says. “Who takes 35 mm pictures anymore? And there is something really beautiful about that process. Being in the dark room. Throwing the print into the stopper and seeing it come to life. It is altogether, a different thing. I don’t think it is going to go completely out of style. Just like there is still manual transmission in a car. People want that feel. they want the experience of having a manual transmission…sometimes technology has a better solution but a lot of the time it does not even come close.” This is what draws Capucilli to paint. “I try to retain at least some manual craftsmanship, by applying the paint by hand and at least getting the brush strokes in there…and maybe loosening up in that phase of it.”

Talking to Capucilli, I begin to realize that both his endeavors utilize technology, in unique ways, to tap into nostalgia; things lost, brought back to life. He is terse to discuss his painting subject matter, a series of beautiful, mysterious women, but, when I ask Capucilli the worst thing he has ever lost, I catch him off guard for the first time. He pauses to think; his response genuine. “Aw, that’s a great question. I need to think about it though…Man!…Now that’s tricky…I mean, I know one thing I have lost, for sure…Do people count? That’s certainly what it would be.” He adds “…Let me make that clear. That would be a woman….that I cared about.”

Video Time Machine makes use of technology to create a virtual lost and found box for our collective, pop-culture nostalgia, while Capucilli’s paintings recapture his ephemeral, digital photography by preserving them in large, canvas form. Both are means to conserve the past where each form ensures nothing is ever truly lost.