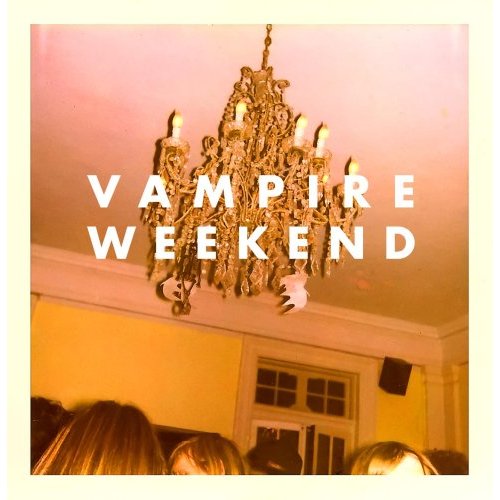 Vampire Weekend, hot sh*t band of the moment, turn in 11 fun and inspired songs in just 34 minutes on their virgin effort. Inspired by what, you ask? Mostly by Paul Simon, with a taste of the Police for effect. And what is wrong with a fresh and interesting Graceland-era Paul Simon record for 2007? Nothing really, unless you don’t like Paul Simon…or derivative music. The remarkable thing about Vampire Weekend is that when they want to sound like the heavily African rhythm inspired Paul Simon, they REALLY sound like Paul Simon (“Cape Cod Kwassa Kwassa”), and when they want to sound like some early Police, they REALLY sound like some early Police.

The most inspired stuff from what is destined to be the ubiqitous music of the next 6 months or so is also destined to be the most overlooked. “I Stand Corrected” is a fairly awesome bit of early 80’s pop, and “Walcott” is a straighforward bit of piano and drums driven indie pop (and with an unexpected and totally welcome baroque string section), but these are not the songs of our futures. The songs that will come to dominate the parties, get togethers, barbeques and idle time listening to the PA waiting for the next band to come on are the Sting channeling “A-Punk” and the Paul Simon meets that one college town jam band funk of “One (Blake’s Got A New Face)” and “The Kids Don’t Stand A Chance.” Not ideal, but things could be decidedly worse.