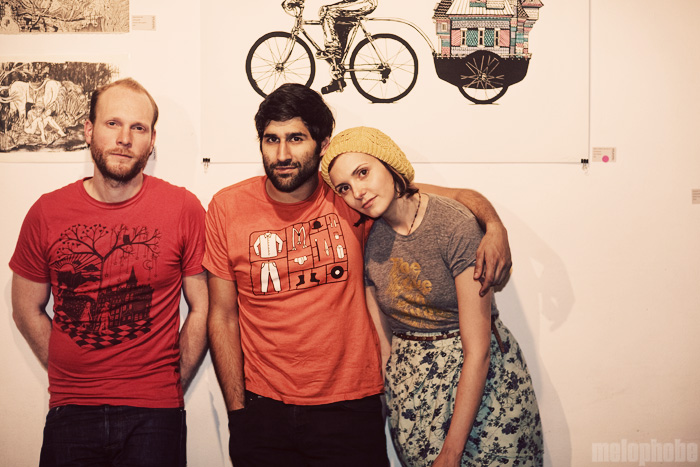 You always know a band is on the serious up and coming when they can sell out New York’s Mercury Lounge.  On Wednesday January 12th, I was a lucky enough to see Canadians The Rural Alberta Advantage rock out in the tiny, packed space.  As people jostled to get a better look, their broad appeal became immediately apparent.  Lead singer Nils Edenloff wailed his way through the entire new album, plus a few old songs in just over an hour, pausing only momentarily between their short, explosive songs. 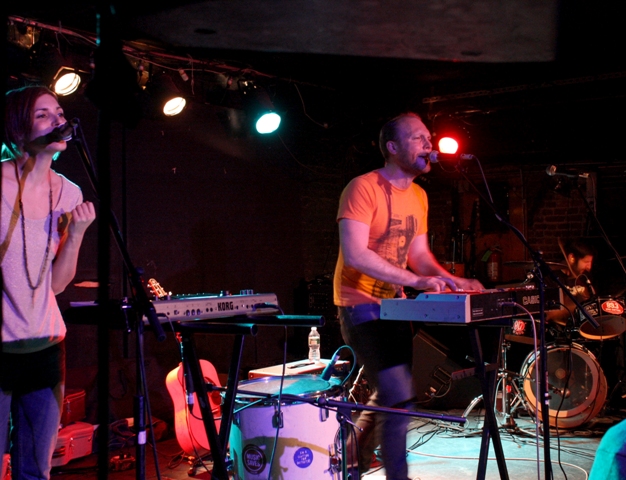 The band’s sound ranges from softer synth sounds, which border on 90’s emo, to no-holds rock and roll.  There were definitely strong ties to various 90’s rock influences, but I don’t want to overlook the folky quality that  characterize some of their softer songs.  I think that is part of the allure of the band: they have a sound that appeals to a wide range of people.  Throughout the set, I had a nagging feeling that I was missing something, and it finally dawned on me towards the end of the set: Edenloff’s voice has a similar quality to Billy Corgan.   I kept trying to get a better look at drummer Paul Banwatt, but even if I had a better view, I wouldn’t have been able to see those arms moving.  He was flying along with unparalleled precision.  Although the record is catchy and entertaining, it’s Banwatt’s energy that gives the live set so much motion.  A later conversation with Edenloff revealed that he and Bandwatt work together in song writing, and the synth songs are Bandwatt’s opportunity to explore a broader range in his drumming.  The third member of the trio is Amy Cole, who plays back up keyboard and the recently added bass peddle.  Her sweet voice accompanies the edgier sounds in Nil’s singing.  Altogether, the band has a tight, balanced sound, even with the muddy sound system at Mercury Lounge. 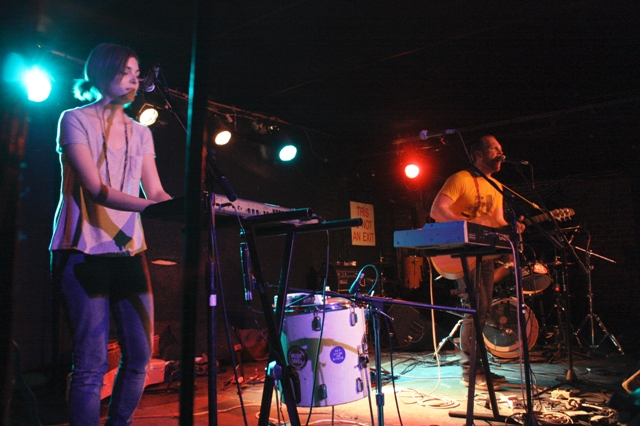 The Rural Alberta Advantage releases their new record Departing on Saddle Creek 3/3.  You can catch them at the awesome Bowery Ballroom on 3/10 or at the Knitting Factory Brooklyn on 3/12. 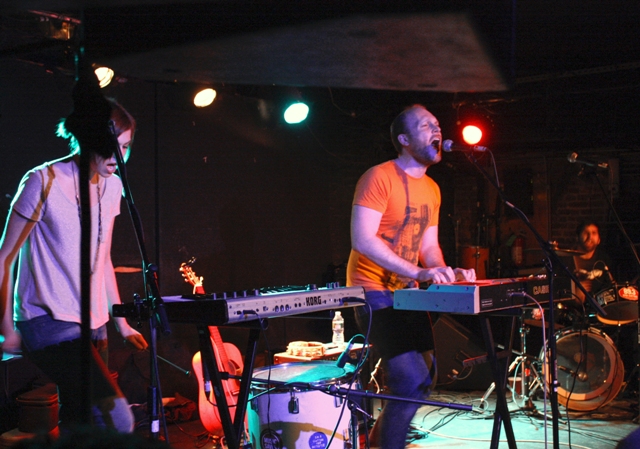