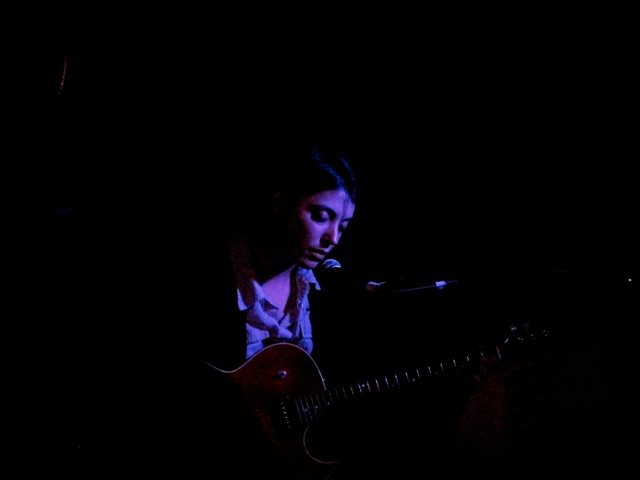 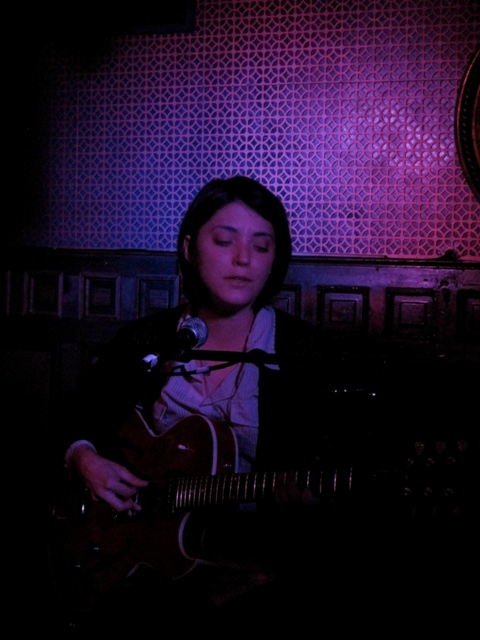 If you haven’t heard of Sharon Van Etten or seen her completely destroy a live performance, she might fall under that category of something “you never knew you always wanted.” But maybe you were one of the lucky ones to attend her show at Union Hall on Friday night like I was.

“It means a lot that you guys wanted to share this night with me, “ Van Etten said shyly to her rapt audience – who definitely did not wander in by accident. She’s solid proof that sometimes looks are so deceiving — a slip of a girl with killer pipes, leaving you to shake your head and wonder how such a big voice can come out of something so small. It’s the reason watching her play live is oh-so-rewarding, the chance to truly see what an anomaly she is. Everything about her suggests a near-painful shyness, from how she looks blankly at the ceiling while she rocks out on her guitar to the way she prefaces many songs with a soft and sheepish, “I hope I don’t fuck it up.” And then she punches you in the face with the largest voice imaginable and crazy range – not to mention a soprano that would make angels weep. She certainly didn’t fuck it up, not even once. Her lyrics are bold, original and absolutely unapologetic. Standing alone in a sea of folk singers crooning the same old songs, she’s got a new take on love – and her voice demands that you listen up.

Van Etten’s debut album Because I Was in Love came out in 2009 (laden with great lyrics like “I was whispering in my sleep/ all my secrets that I keep/ I told to you /I do I do I do”) and she’s contributed vocals for bands like The Antlers, among others. On Friday night, she debuted more than a few new pieces and let the crowd in on her secret, “I still get nervous when I play new songs. That never goes away.” She busted out a new one called “Heart in the Ground” (“It’s supposed to be an optimistic song!”, Van Etten was quick to note.) and flipped through a notebook at her feet to play a song she said only her agent had heard before that night.

Small as she may be, Van Etten owned the stage with her neat bob haircut tucked behind both ears, her powerful voice climbing and falling, and her liberal use of the word fuck. She cradled a fire-red guitar, sipping & gargling something stout between songs as “a vocal warm up.” It wouldn’t surprise me to learn that everyone in the crowd had a mad crush on her. In fact, about halfway though her set, some people in the audience got surly, shushing a few obnoxious talkers at the back. Nobody was messing around, they felt honored to hear Van Etten sing, and so did I. Turns out we all like getting punched in the face by good music.

← This Article is a Remix
Kate Nash @ Webster Hall, NY →