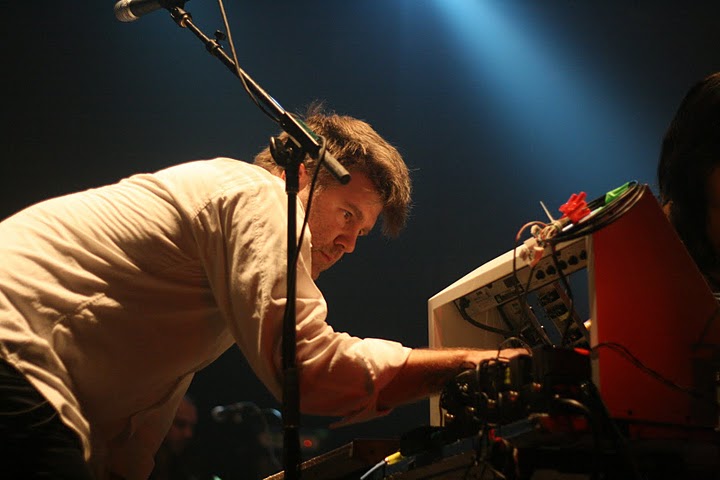 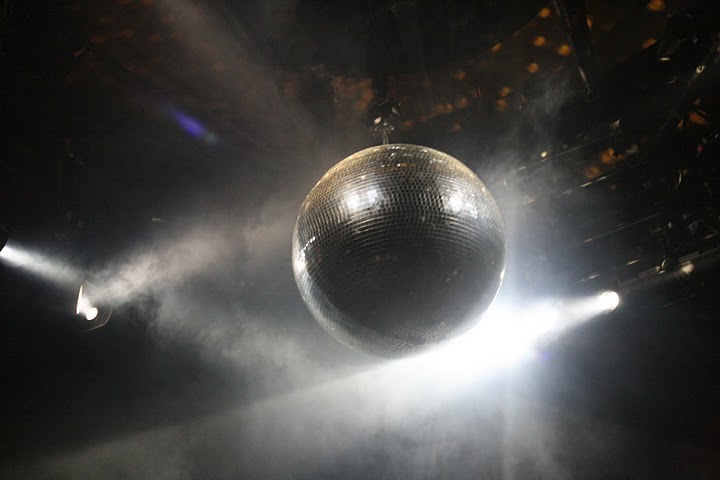 LCD Soundsystem returned to the stage this week with warm-up performances at Music Hall of Williamsburg last Thursday and another performance at Webster Hall on Monday, April 12th. We last caught LCD Soundsystem in 2007 in support of their sophomore album Sound of Silver which was the last proper tour they’ve played. The time away from the stage resulted in a focused effort on the upcoming though already leaked “This is Happening.” While the album had been leaking out track by track, first with Drunk Girls, then Pow Pow the full album hit the Internet last night and you couldn’t help but get the impression that James was keenly aware of this as he literally got down on his knees and begged the crowd not to fileshare the album. Knowing that filesharing has become a fact of the business he went so far as to say, if you’re going to steal it and share it, fine…just please wait until we release it so we can do it the way we want to. A great point considering James has indicated that This is Happening is to be the final release of the band under this moniker.

Following the hilariously enjoyable set by Fall on your Sword, LCD took the the stage and Murphy’s ill-preparation was hardly recognizable. Looking a bit as though he had only just arisen from a week on the couch and as he admitted, a bit too much on the booze, Murphy started into “Pow Pow,” what will hopefully prove to be the first single from the upcoming album. The energy you come to expect with an LCD Soundsystem show was delivered with the first note. Perhaps he’d forgotten just how incredible LCD Soundsystem comes off live because he continued to thank the crowd over and over for our energy and the way we were dancing. By the time Us vs. Them hit bodies were slamming everywhere and that this was among their warm-up shows had long been forgotten. Unfortunately, such absence was never more obvious than when Murphy started into one of the old classics and one of my personal favorites, “Losing My Edge” when Murphy stumbled drunk through the lines and while the song has always been something of a mockery, Murphy seemed to be mocking his fans in the way he performed this one. While a lyric guy and one who loves Murphy’s off kilter vocals, the best moment for me came when Murphy’s mic broke midway through “Yeah” and he along with the rest of the band launched into the loudest, most violent rendition of the song that I’ve ever heard.

Closing the set with the song that he almost has no option but to close with when performing in New York was of course “New York I Love You” and it seemed to show that Murphy is either completely ready and didn’t need the warm-ups or he’s got a way to go before being completely ready because he was acting goofy and asking himself rhetorical questions throughout the set.

All in all, the music speaks for itself and anytime you have LCD Soundsystem playing LCD Soundsystem’s music, it’s going to be a great time, and while I loved that Murphy was playful with the crowd, I would rather hear him take his own music a little more seriously. I look forward to hearing the rest of This is Happening and having those songs soaked up on the dance floor the way Someone Great and others have over the last few years because once Murphy starts playing all of these songs like he did in those moments of “Us vs Them” and “Yeah” last night, he’s going to murdering kids on the dance floor.

Setlist:
Pow Pow
Yr City’s a Sucker
Us V. Them
Drunk Girls
Losing My Edge
All My Friends
I Can Change
Tribulations
Movement
Yeah

Encore:
Someone Great
Daft Punk Is Playing At My House
New York I Love You