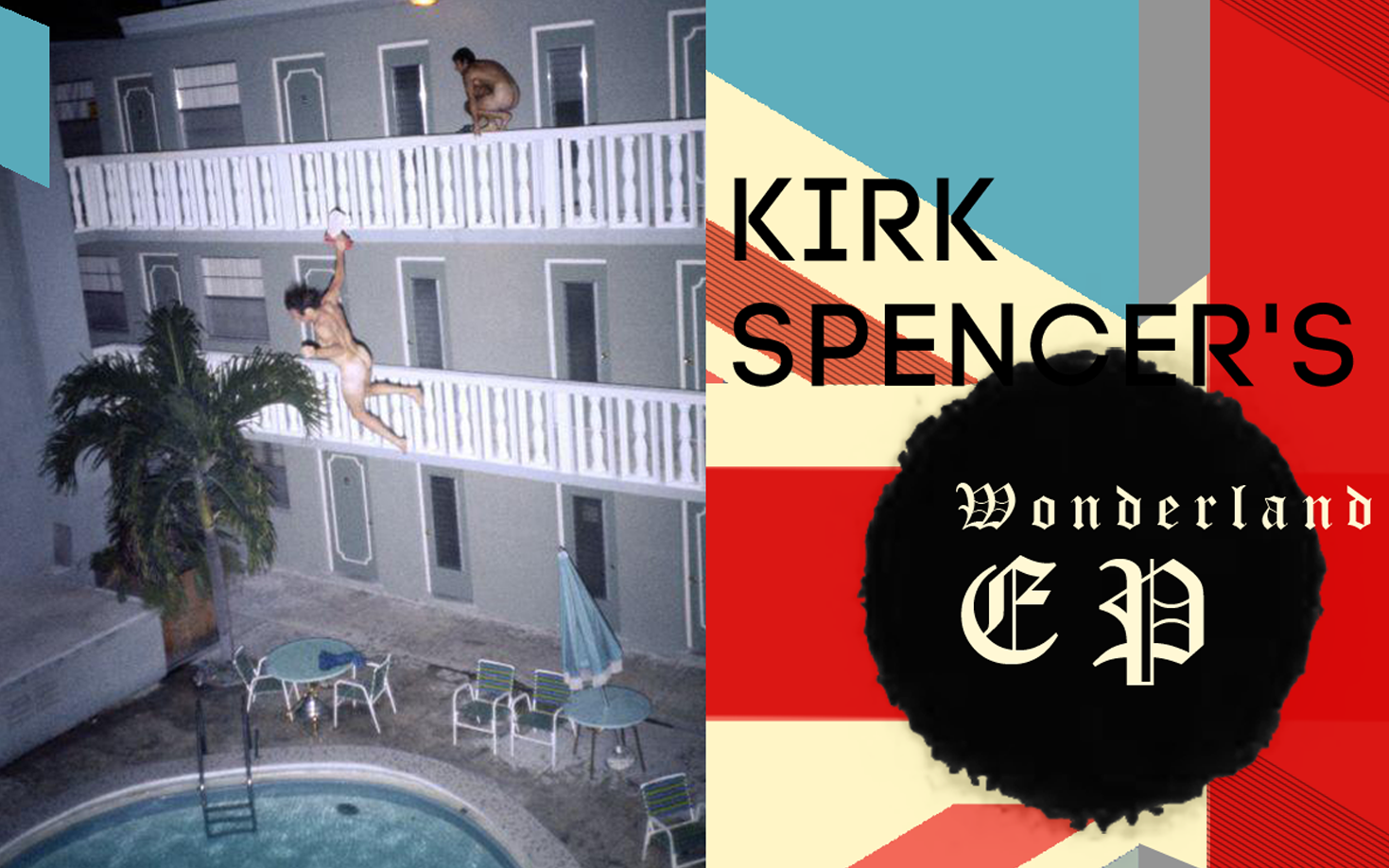 5am. Ottawa, Canada. The majority of people are still fast asleep in their warm igloos.

Yet another bleak Canadian morning en route to my new part-timer – a job, to pay for the ‘dry’ periods that come with being a freelancer and a security egg for the four times a year when Rogers fucks up my phone bill.  On my walk, a song called ‘Kucku’,  a track produced by UK’s Kirk Spencer, comes on my Soundcloud stream and I am stopped dead in my tracks.

I immediately get in touch with Kirk that same day.

We connected on Skype using an app called ‘Quickvoice’, which I later discover is  a total piece of shit. I apologize Discosalters (and Kirk) but unfortunately,  my headset does not record ANY of Kirk’s  audio during our chat.  Don’t thank me, thank ‘Quickvoice’.  That said, I will do my best to properly hype Kirk’s  brand new EP ‘Wonderland‘ (which is available at his website for free OR  if you support independent  music £2.49 on itunes which is like $25,000 american – man up!)

My first impression of Kirk? He is an outstanding, nice guy. Despite my giddiness, we manage to have a good ol’ chat about music production, Gaspar Noe movies and Aziz Ansari’s stories about Kanye West.

Originally from Nottingham, Kirk started playing music at the age of 14, playing guitar in bands with his younger brother.  Shortly after these early sessions, he started  making beats, that “weren’t very good”. When I disclose that I am currently at this  “not very good” stage of music production, Kirk’s  giddiness mirrors mine. As it seems, we both share the same enthusiasm for music making – the kind of passion, that makes you want to run home after work, school or a high-stakes opium den to experiment with different sounds. The bromance begins.

In 2011, Kirk released his first EP Enter the Void,  a weird, guttural, seven-track electronic album influenced by Dub-Step and Asian sounds. The album is named after the death-on-DMT (in first person) film by french legend Gaspar Noe, but the majority of inspiration on this album, actually came from another Noe film,  Irreversible. Not yet having seen this  film, I am told to ‘mentally prepare yourself’ before watching it, because it has one of the most realistic, brutal, rape scenes on film. Needless to say, this is a dark album.

Listening to Enter the Void and then listening to Kirk’s new EP Wonderland Wonderland,   it’s striking how mega-fast Kirk’s craft has matured in the past couple of years.  Wonderland  takes a much  lighter, new direction. Still exotic, but less drenched in the heavy Dub sound of Enter the Void, and dynamically more dream- poppy. The album is a restrained exercise, that explores a diverse landscape of sounds, from chillwave to soul,  house to pop.

It’s impossible for me to choose a favorite track on the new EP Wonderland, but here is the break-down:

Dreams :  This is the best drum-track on the album. Layered with organic bird call samples, this track has a lush, earthy vibe that makes me feel like I am standing in the middle of a rain forest.

In Treatment :  A jumpy, bass-y,  synth-y vibe with the elegant, laid back vocal stylings from Nottingham native Louis Scott.

Kucku :   Love you some high-synths, like I do? This is your jam. Not only one of the best bass-lines I’ve heard this year, but this track also features some incredibly beautiful vocals by Safia May (another Nottingham local).

Kirk and his friend Joe Le Huquet are, currently, creating an audio visual show and planning to tour the US in September. You can expect to see big things from these two.  For more info and tour dates from Kirk Spencer, ‘like’  his Facebook page, and  if you want to stalk him, check out his Twitter. For anyone that missed it, here’s the link to ‘Wonderland‘ or you can stream it on Soundcloud here: