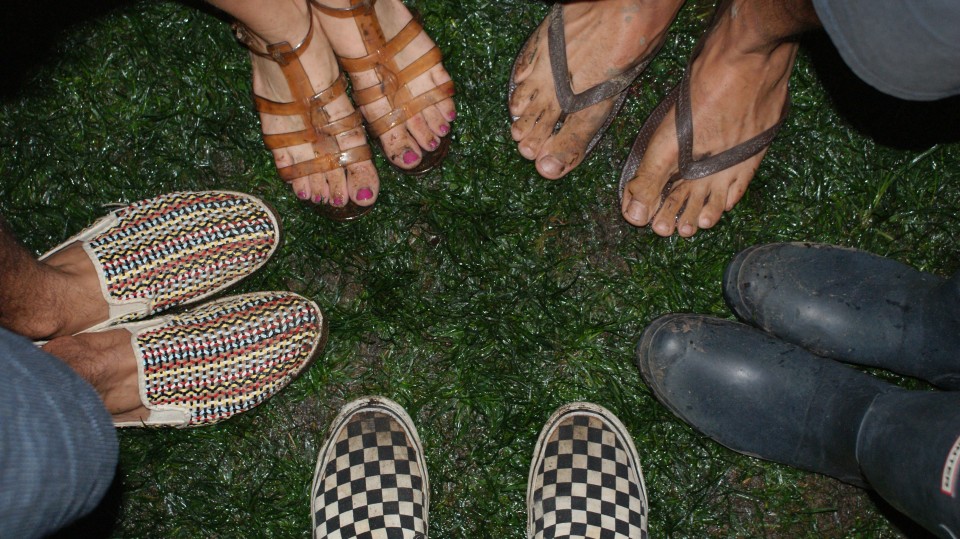 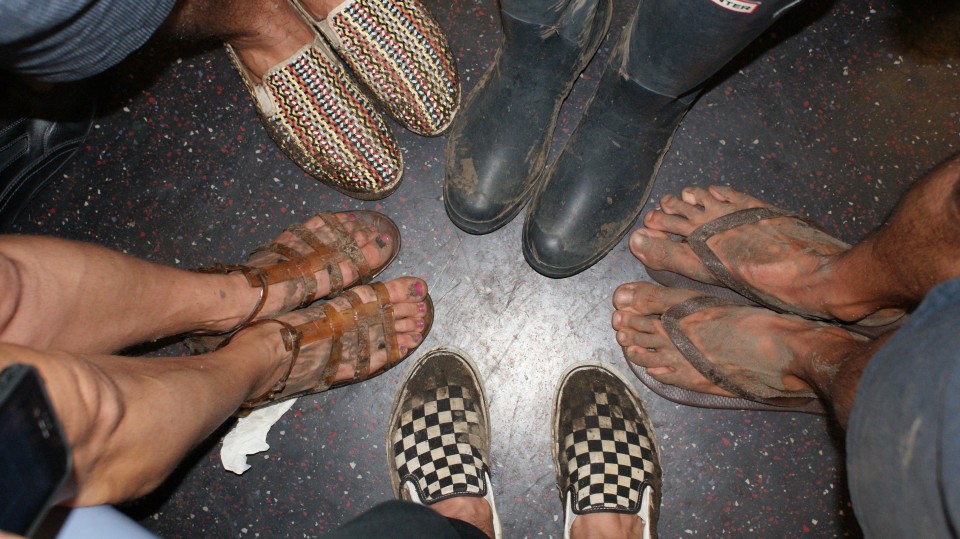 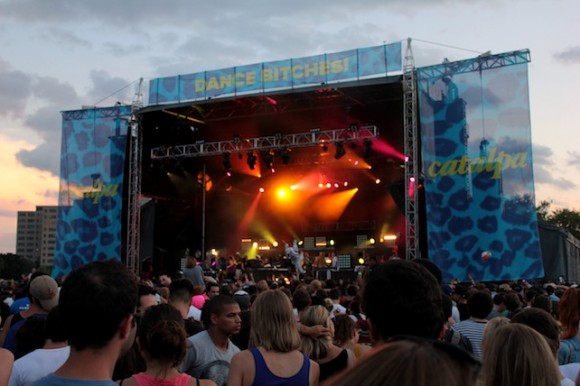 Over the weekend, Discosalt attended the first ever Catalpa Festival on Randall’s Island. Two solid summer days/nights of diverse live music from an eclectic lineup including The Black Keys, Snoop Dogg , TV on the Radio and Girl Talk – all under a blue leopard print banner commanding the crowd to “DANCE BITCHES!”. Despite the rain, some poor footwear decisions and two “wham jam, no thank you ma’am” sets of Umphrey’s McGee, the NYC festival, striving to be a pioneering East Coast festival comparable to California’s Coachella and Chicago’s Lollapalooza, managed to deliver. 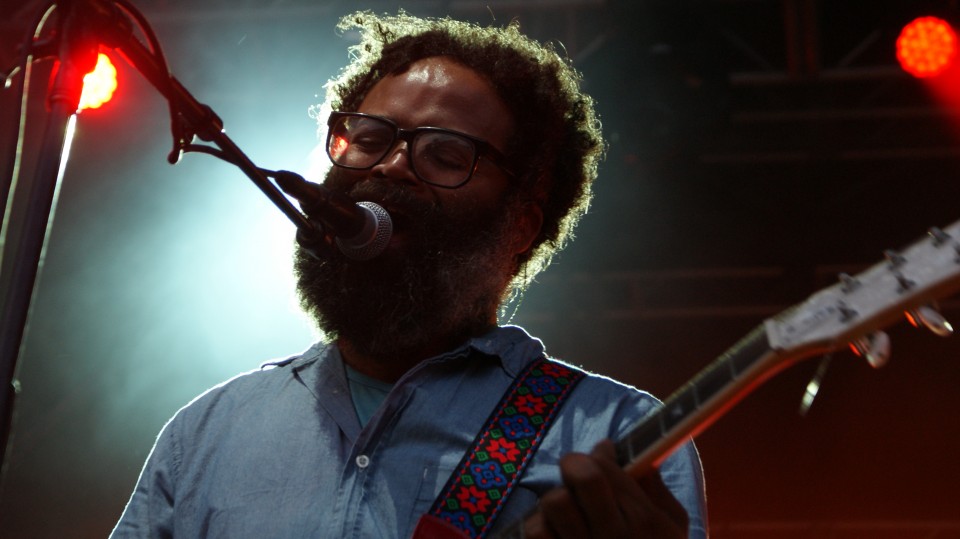 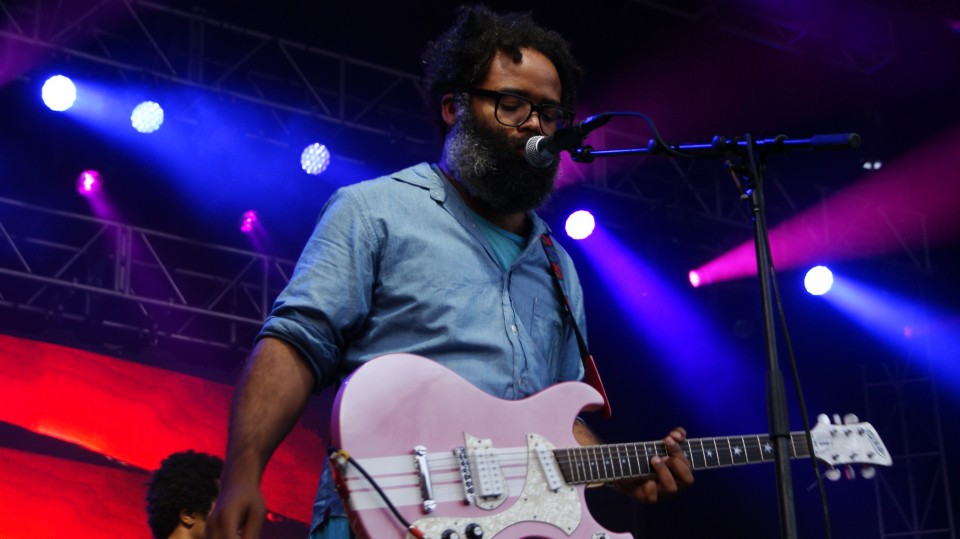 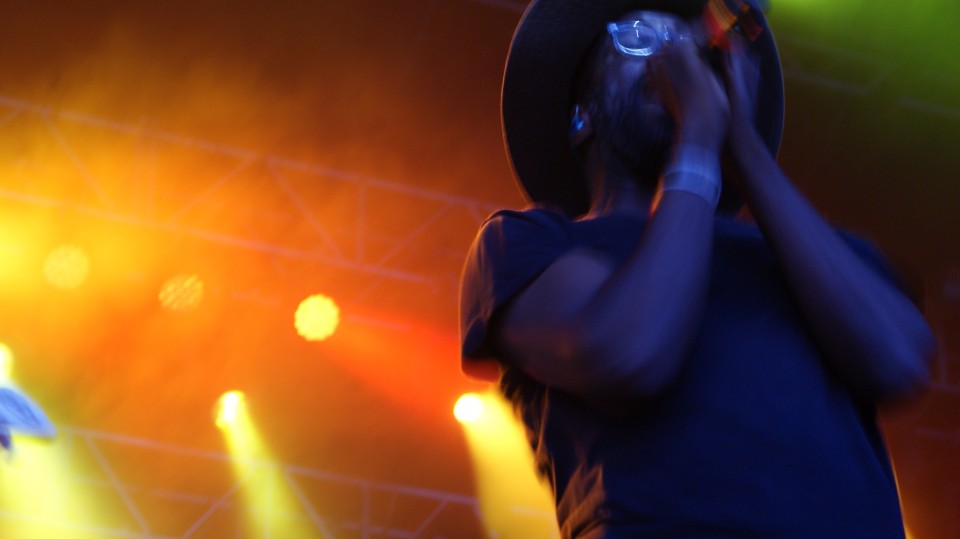 Having not performed in New York since September of 2011, this was a real homecoming for Brooklyn’s TV on the Radio and a real treat for the predominantly New York based crowd. After being cheered on stage by the collective fan cries of “Brooklyn!”, the band tipped their hat (and beard) to another New York musician – dedicating “Second Song”, to a “dear-departed inspiration, Mr. Adam Yauch…I would not be in New York City without the words of that man.” This was one of the best performances I’ve seen out of these guys, and in a surprisingly short set, the band managed to hit all the crowd pleasers, squeezing in “Staring at the Sun”, “Wolf Like Me” and “Will Do”. 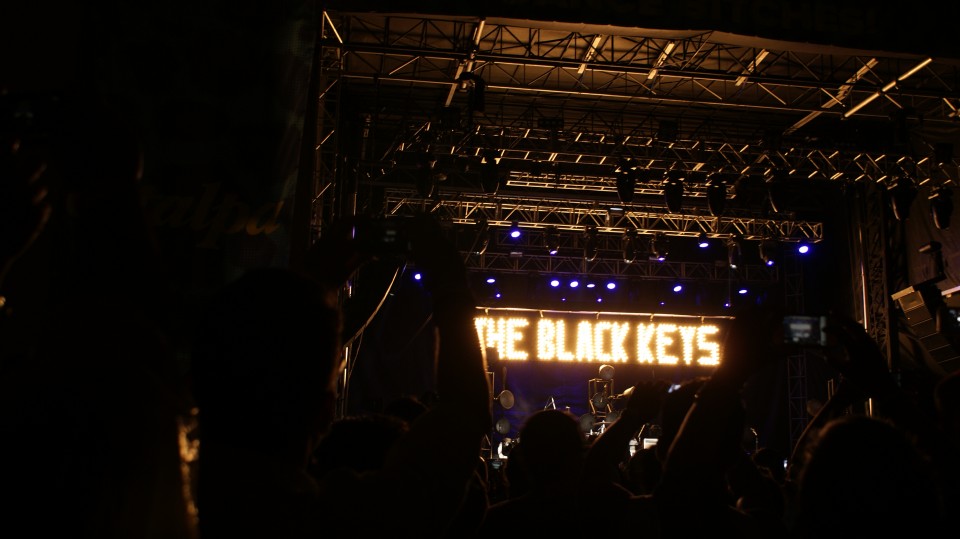 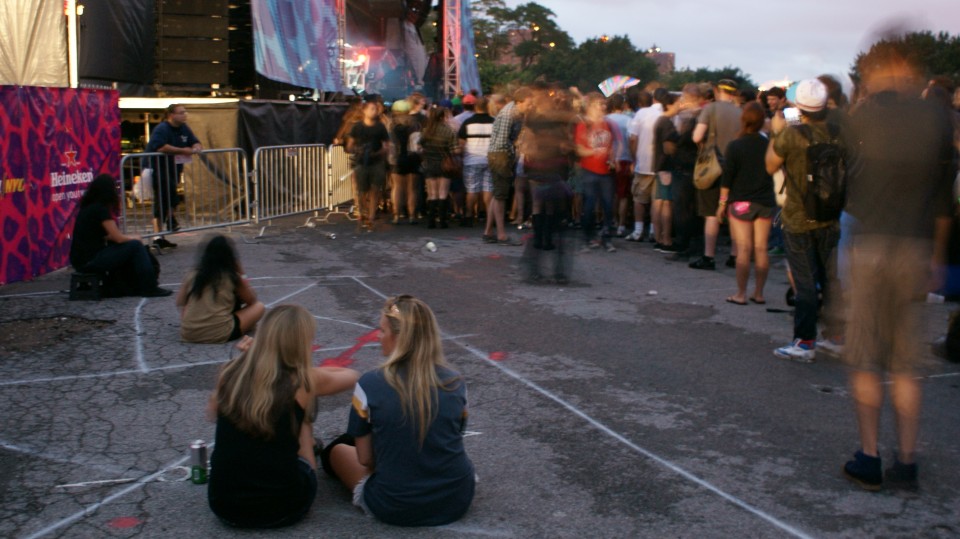 The Ohio garage-rock duo (with a little help from some friends), oiled up their gritty back-to-basics blues engine with some sonic lube worthy of classic rock torque. Ripping into a seemingly endless zeppelin-esc guitar rock grab bag to draw the biggest crowd on Saturday – with plenty of audience participation na-na-na’s. In only 90 minutes, Auerbach and Carney cranked through a crunchy set of soulful modern blues rock, gunning down broken dreams and witchy women with a raw intensity that is best experienced live, and along the way nailed down some fan favorites like “Your Touch”, “I Got Mine”, “Thickfreakness”, “Girl Is on My Mind”. 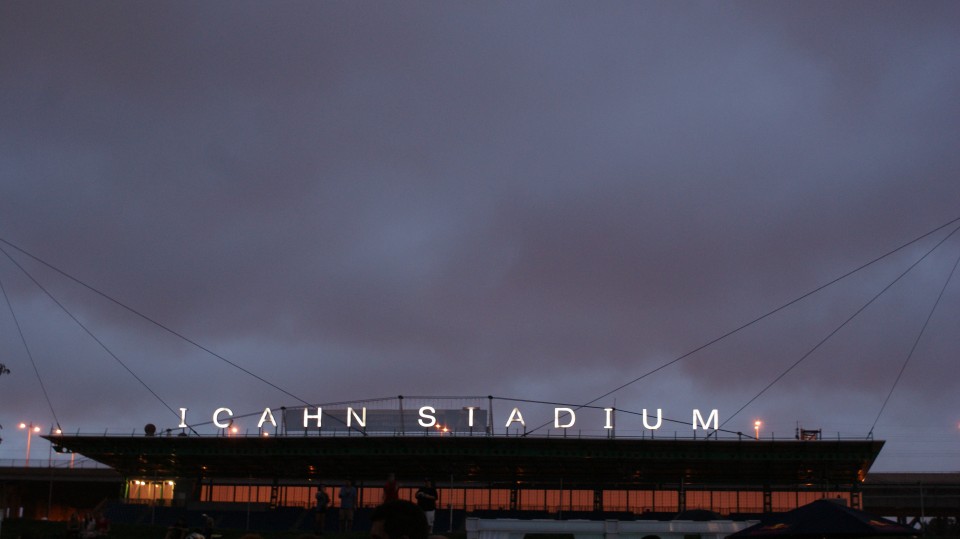 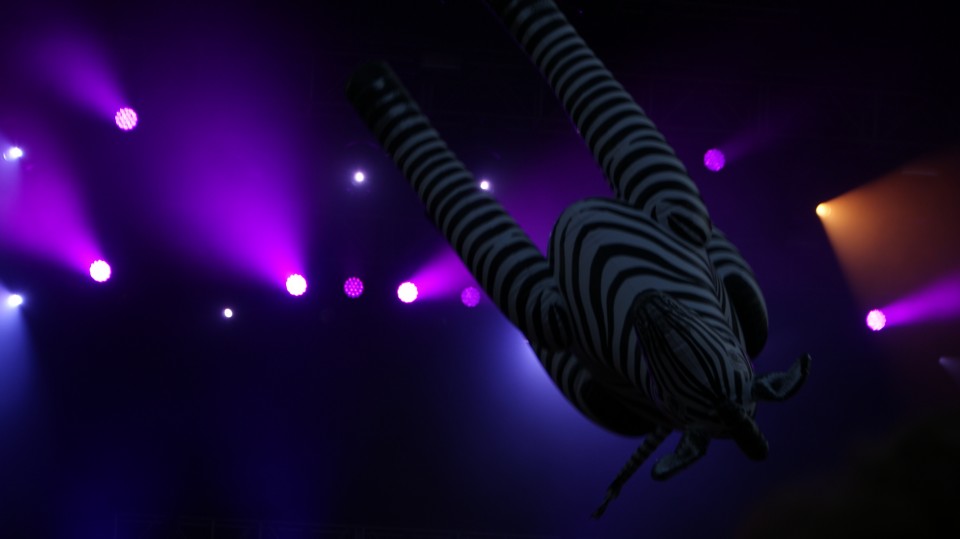 So…the last time I saw Matisyahu perform, he was an Orthodox Jew. Now, he’s ditched the Chassidic shtick for a clean shaven look, crowd surfing and inviting female audience members to dance on stage with him. “No more Chassidic reggae superstar. Sorry folks, all you get is me … no alias.” His face is smooth, but his voice is even smoother,  as Matisyahu managed to skank out some new gems off his new album and revisit some old classics –  playfully chastising the audience for requesting “King Without A Crown” and “One Day”, saying –  “Obviously I’m going to play them, Those are the only two songs everyone knows”.

Matt and Kim definitely win the festival award for funniest stage banter …or drummer Kim Schifino has revealed a horrible case of tourettes. “I know what you’re thinking, we’re a little out of shape, I’ve been doing exercises, though — something called a Kegel…because I want to fuck the shit out of you tonight!” When Kim wasn’t shouting “fuck” or “shit”, she was shouting, well “fuck” or “shit” or restarting “Daylight” after hitting Matt’s keyboard with her sticks. “I get crazy with the sticks and I just have to hit shit”. The band left the stage thanking the crowd for taking their 2012 virginity. 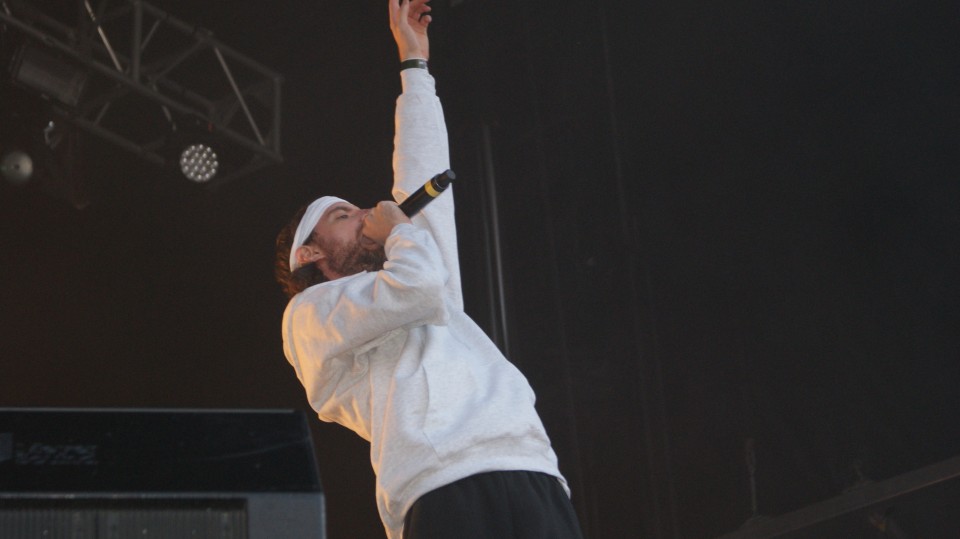 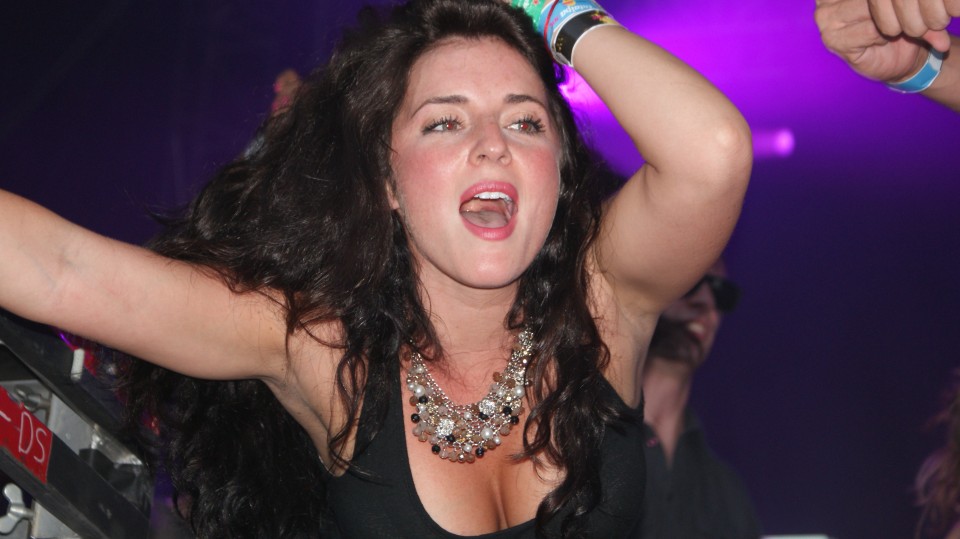 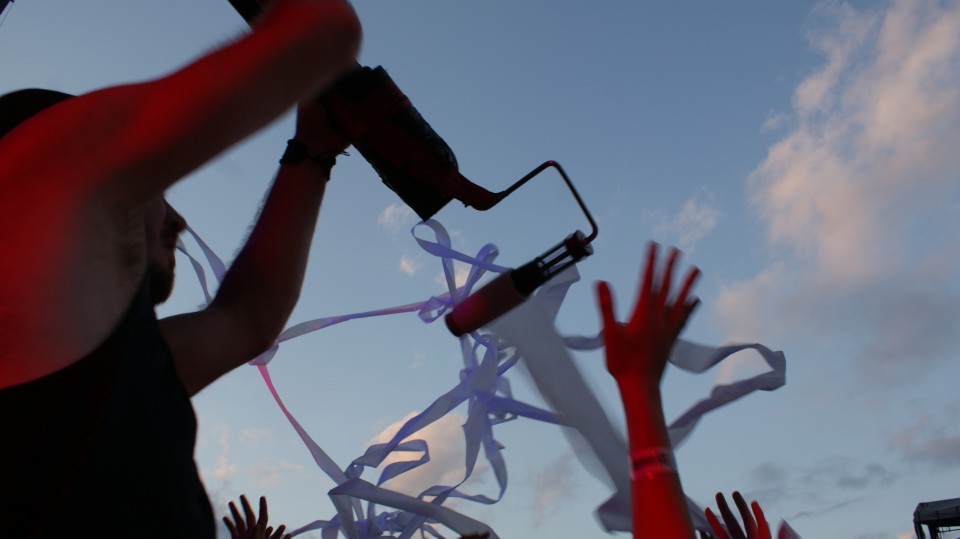 In my next life I want the energy level of DJ superstar – Greg Gillis. The one man mash-up party monster (along with a crowd of 20 or so aggressive people dancing non-stop around Gillis) drew the biggest crowd of the day and did not disappoint. Gillis performed an hour plus set of dozens of effortlessly produced classic hip-hop, pop and rock mashup-style remixes – including everything from M.I.A.’s “Paper Planes” mash with Ice Cubes “It Was a Good Day” to Nirvana, Notorious B.I.G, Elton John and the bounce friendly Nine Inch Nails “Wish” mashed with Kelly Clarkson’s “Since You’ve Been Gone”. There were lights, confetti, inflatable animals, balloons, balloons filled with confetti, toilet-paper guns, crowd surfing and enough sweat and bouncing to make a porn star blush. Gillis closed the high energy set with his version of Gun’s and Roses “November Rain”, as confetti rained down on the crowd.

I was really rooting for A$AP Rocky… that is, until, the air horn. The upcoming 23-year-old Harlem rapper, rocking a “Fuck Swag” T-shirt and signature skinny Jeans, spent more time shouting over his own backing tracks and firing off bullet sound effects, whistles and air horns, than he did rapping. While surrounded by a stage entourage that never consisted of less than 8 people at one time, the image conscious A$AP Rocky told the crowd –  “people used to fuck with us for wearing skinny jeans around 2004. Now we’re right here with our skinny jeans and you embrace that shit”…well…how about embracing some music. 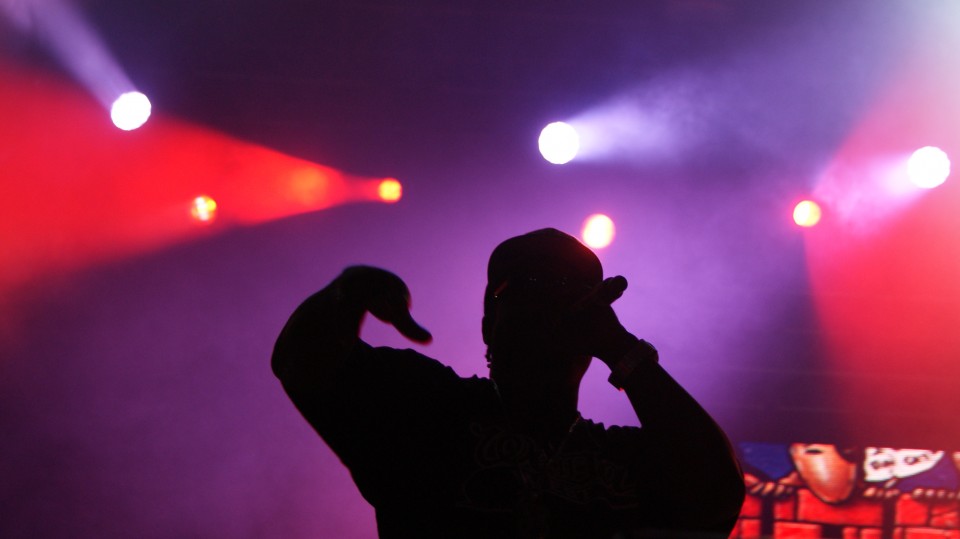 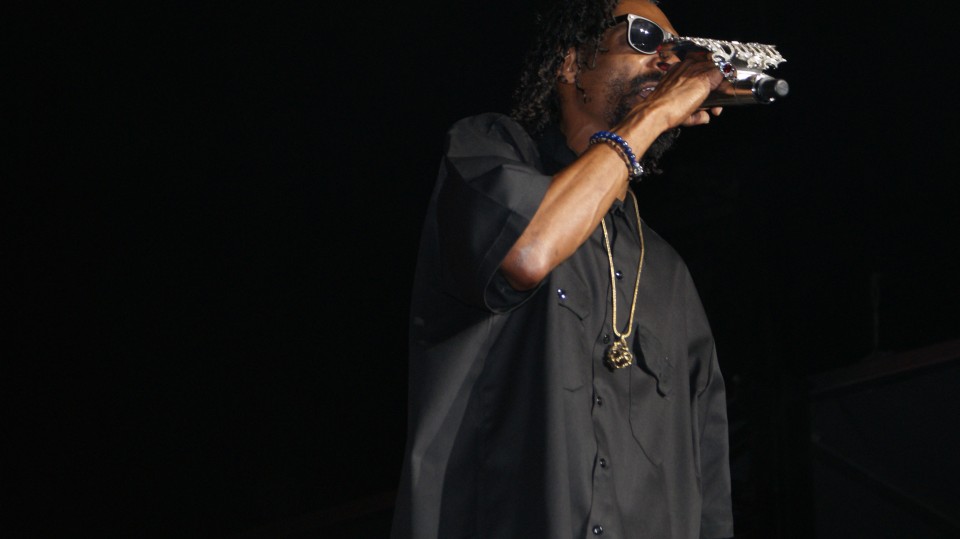 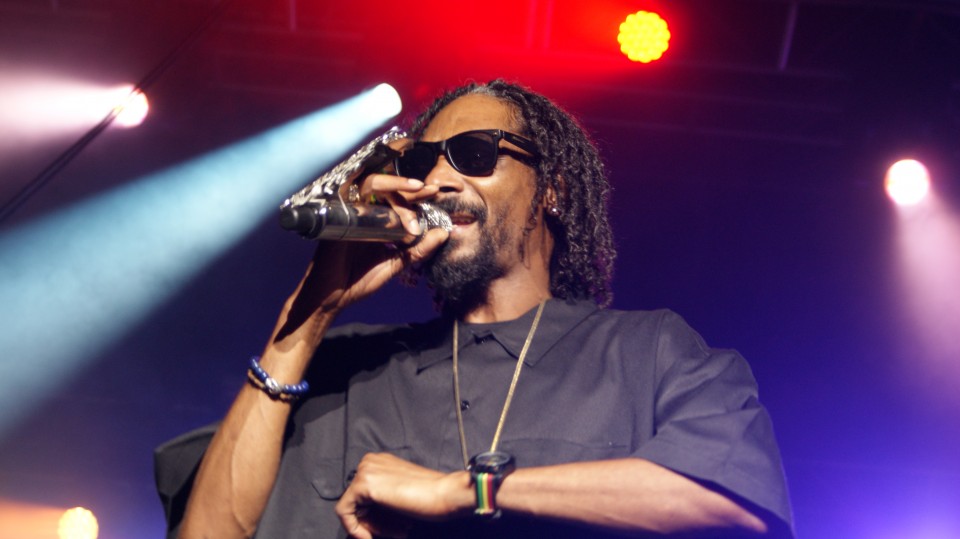 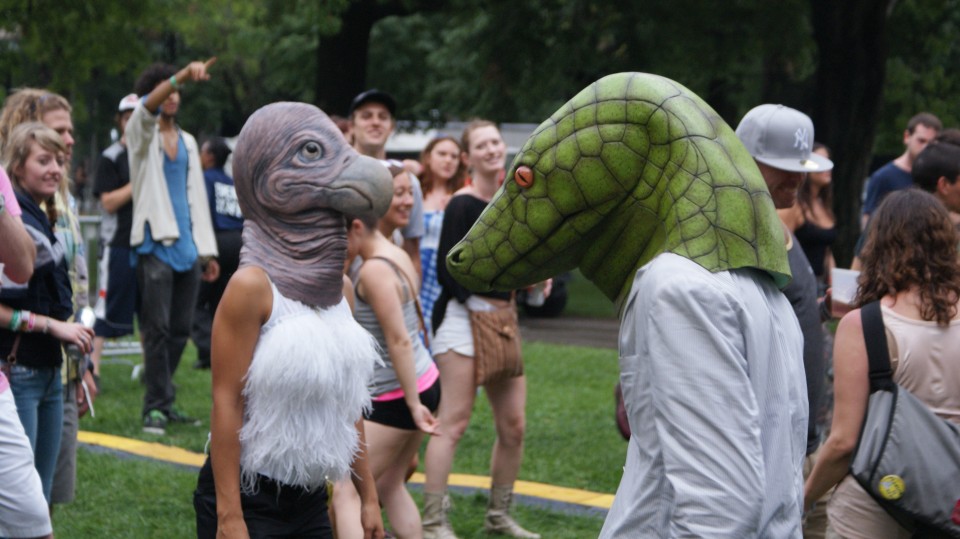