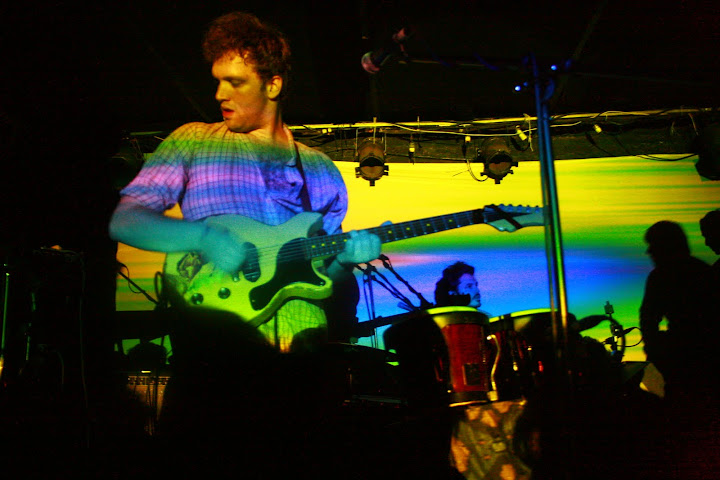 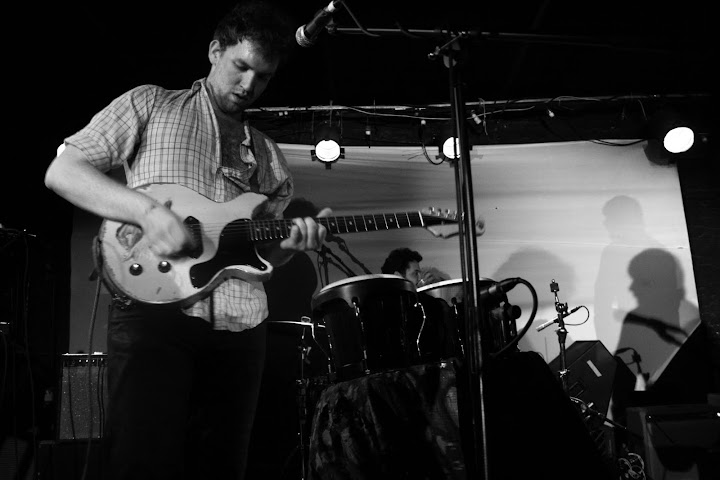 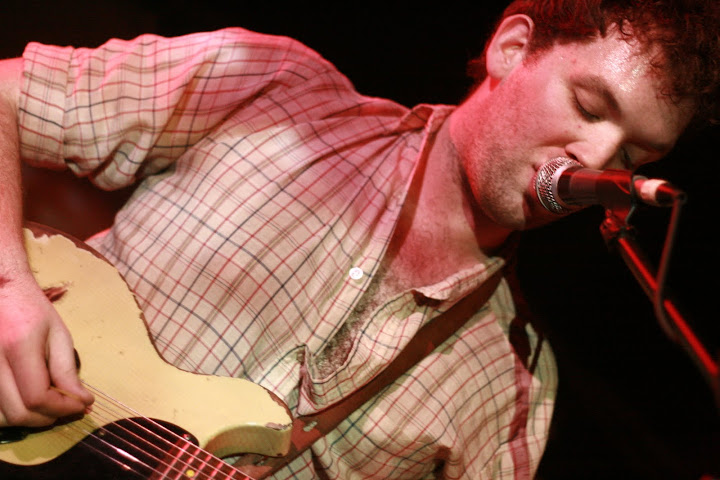 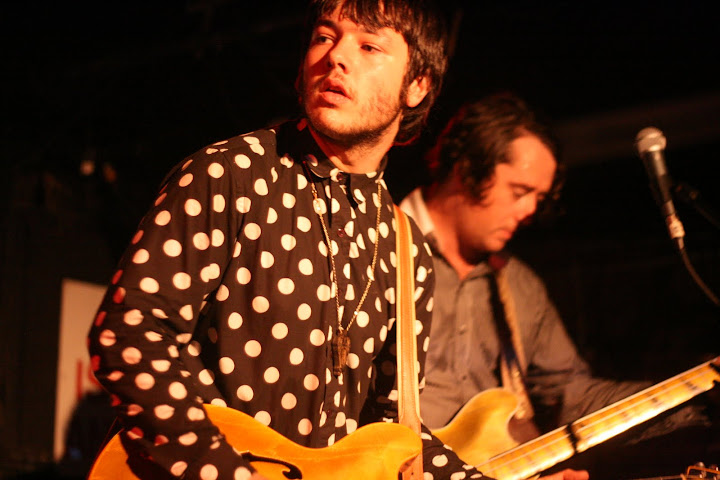 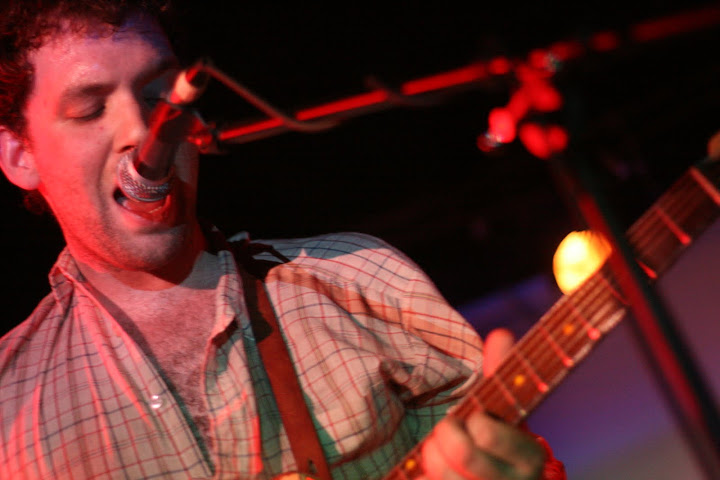 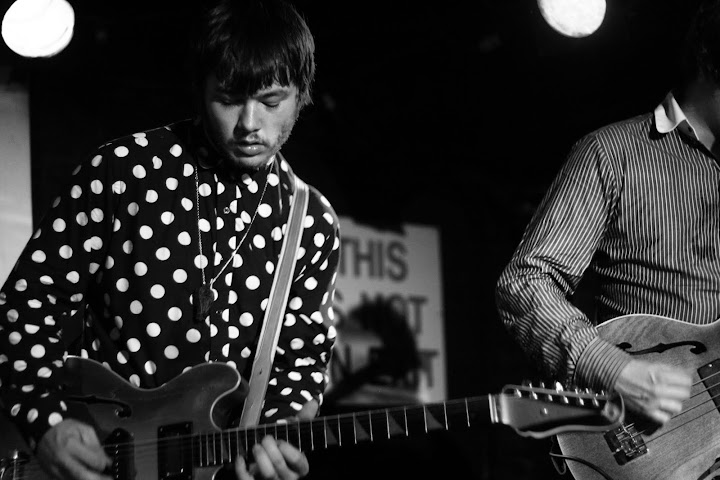 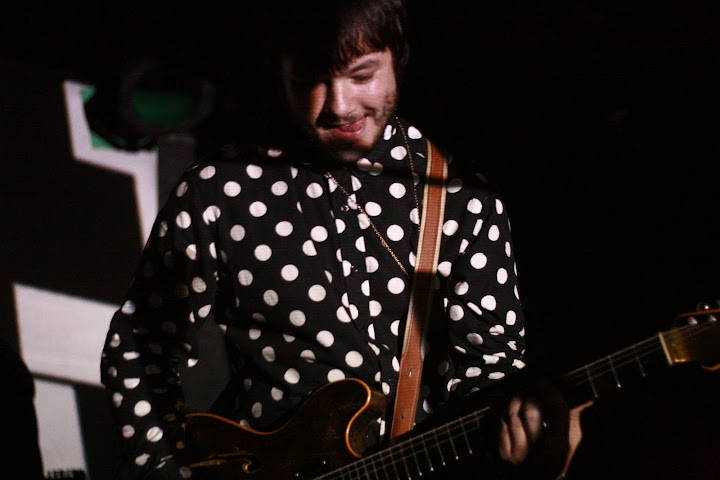 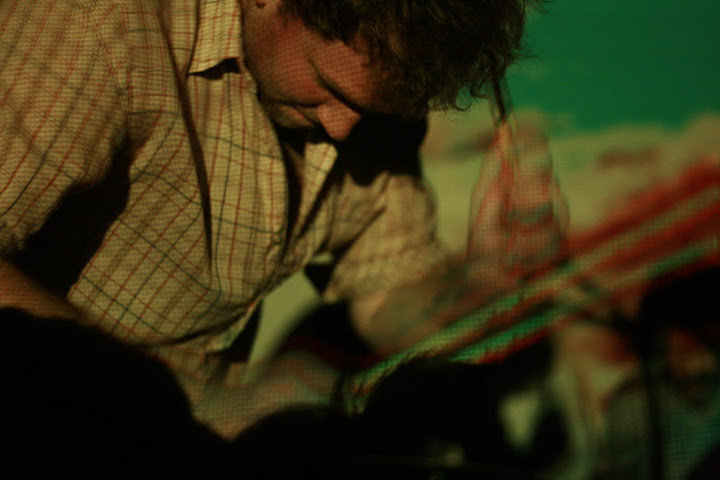 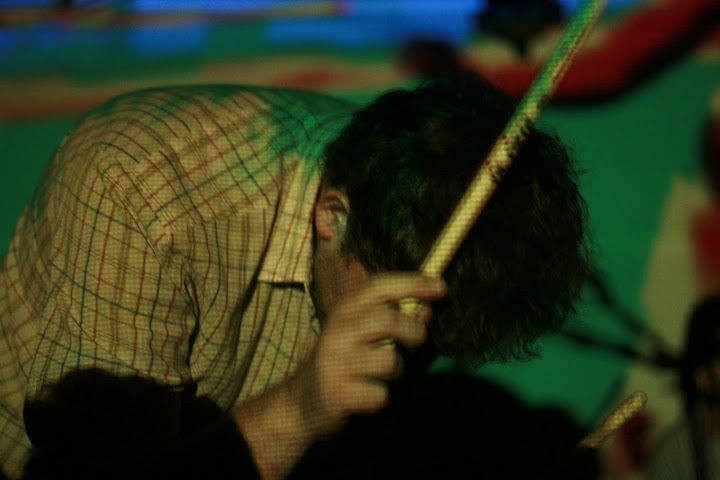 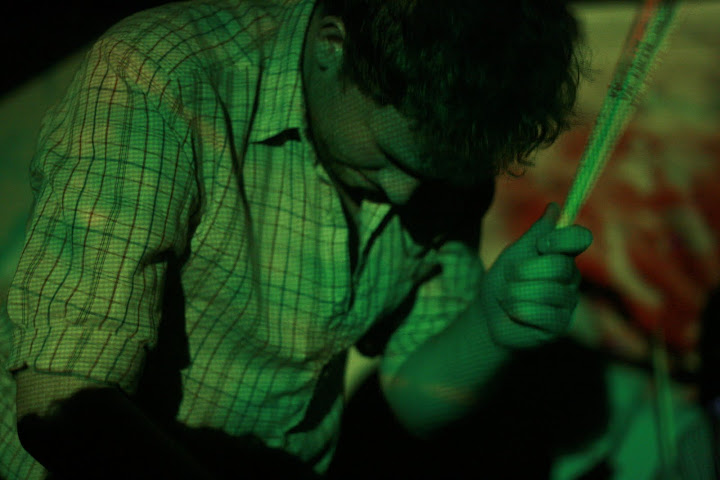 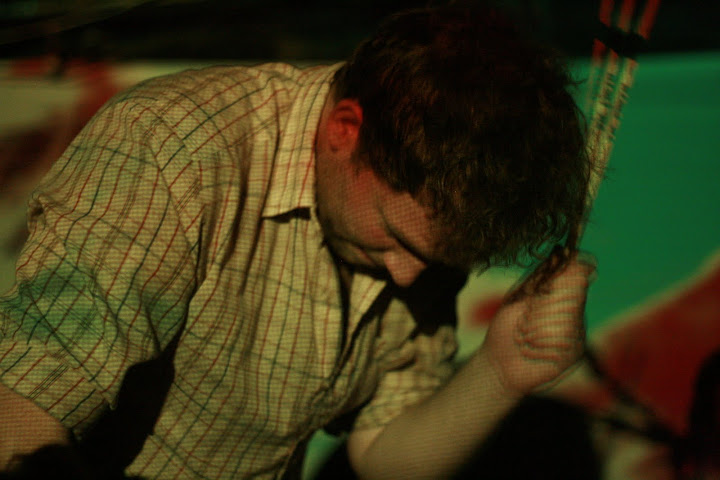 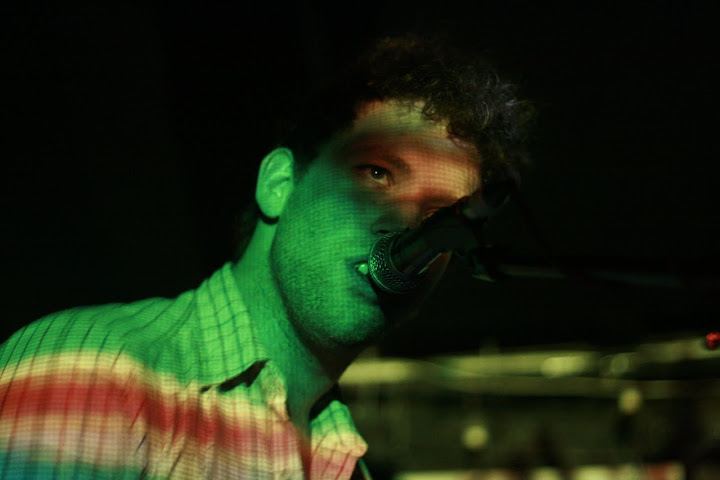 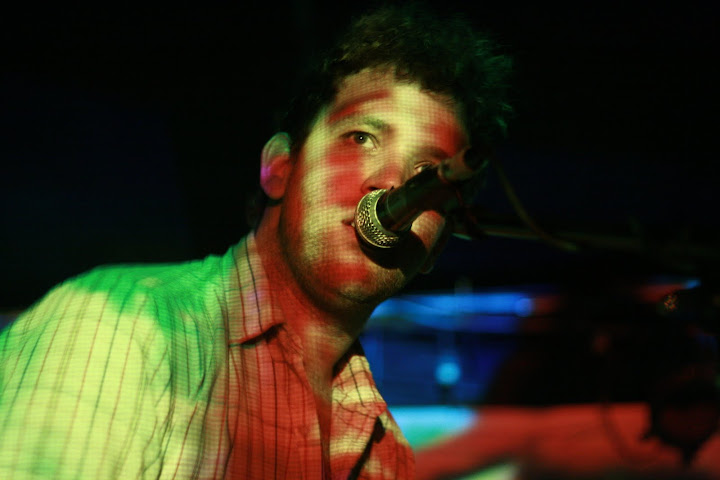 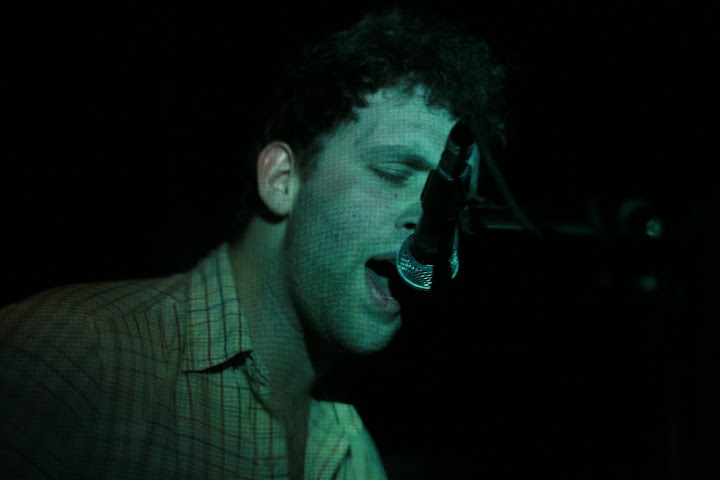 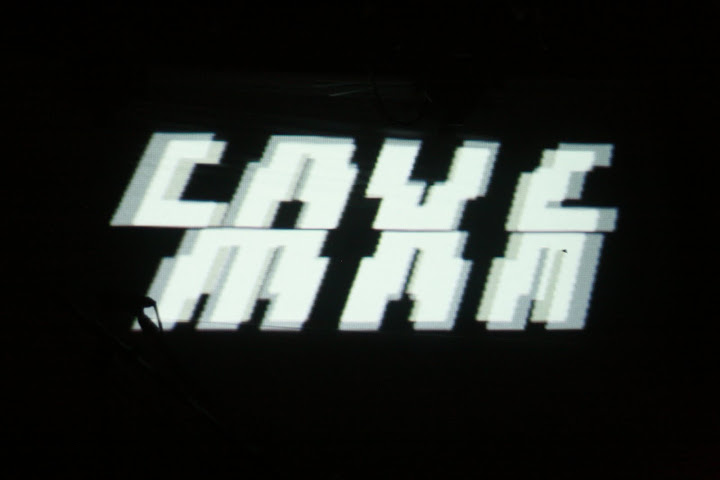 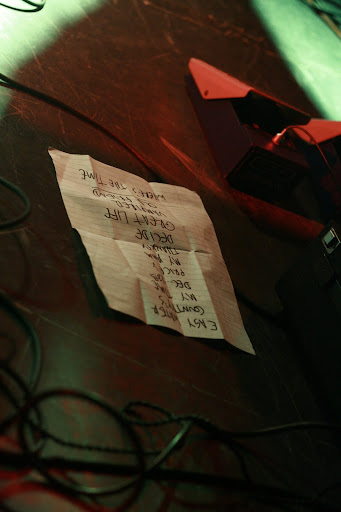 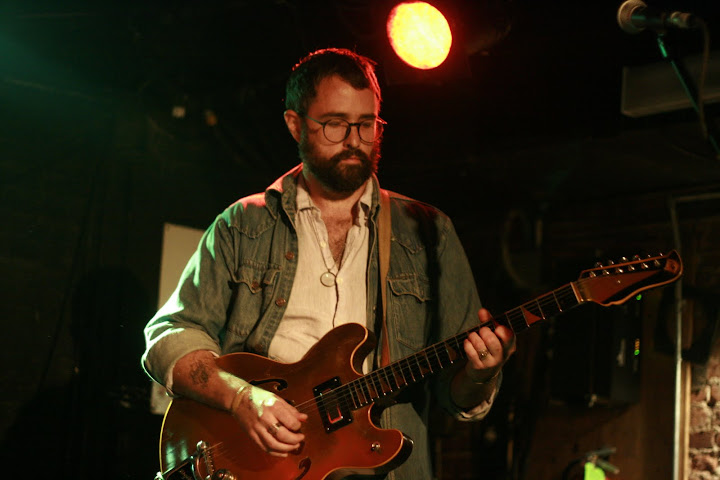 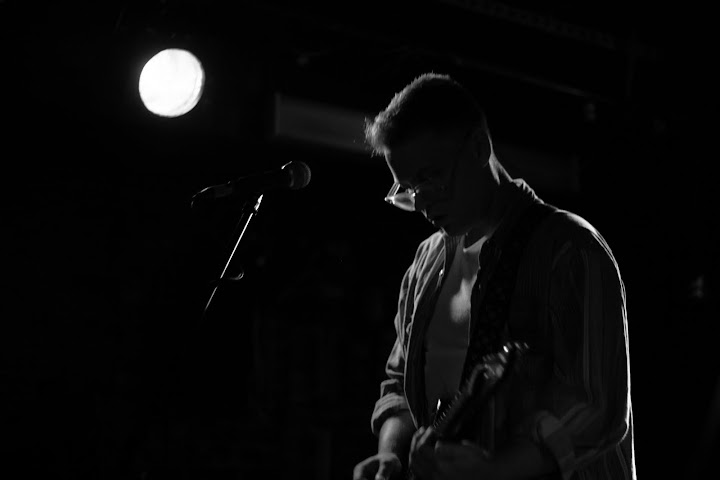 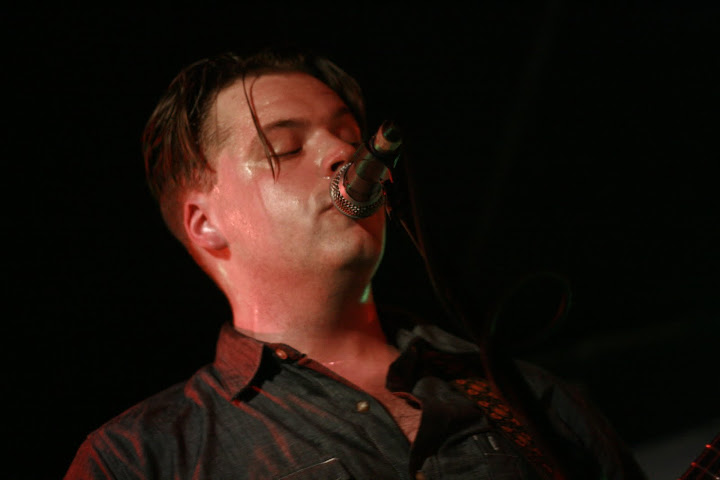 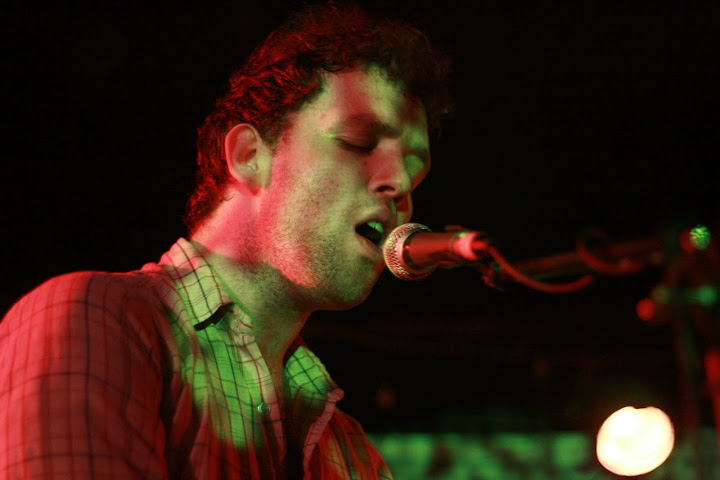 New York’s Caveman played a sold-out recordless record release party last week (9/15) for the digital release of their debut album “CoCo Beware” on Magic Man! Records (which you can get here).  Packed with psychedelic pop jams from beginning to end, we were ecstatic for the chance to catch these guys live.  Their show contained a visual component which was relatively nondescript, but which worked nicely to light the stage in a beautiful way while not distracting the audience from the focal point of the performance, namely the music. Frontman Matthew Iwanusa’s vocals contain traces of the nostalgia that seems to pervade every fuzzy shoegaze band since 2008…which is, of course, essentially every “new” band since 2009…but only ever so subtly and in hearing them live, I felt as though harmonically the vocals were aimed more at creating a mood than a mentality.  Anyone you speak to will tell you that if you like Grizzly Bear, you’ll like Caveman, however in a live setting, while a great deal of the albums texture does come through that invariably draws the Grizzly Bear references, I found Caveman to provide what was, for me, a significantly more engaging and exciting performance.  Iwanusa alternated between a standing drum and guitar and on songs such as “My Room” and “Great Life” launched into ferociously heavy tribalesque drum tirades turning the otherwise melancholic and hushed songs into truly dance-worthy jams.  It’s rare to find a band with such sweeping and beautiful sounds to also have the pop sensibilities that Caveman has, and perhaps the best example is “Thankful.”

It’s no surprise that Caveman are so quickly generating buzz instantly upon the release of their debut and have gained places opening with the likes of The War on Drugs, Edward Sharpe & The Magnetic Zeros, and the White Rabbits. These guys put on one hell of a good show. Abandoning the sold out crowd with a deafening reverb, Caveman returned to the stage to perform one last unplanned nonalbum song “Wasted Life.” Our recommendation, be sure to catch Caveman at CMJ next month, you won’t be disappointed.