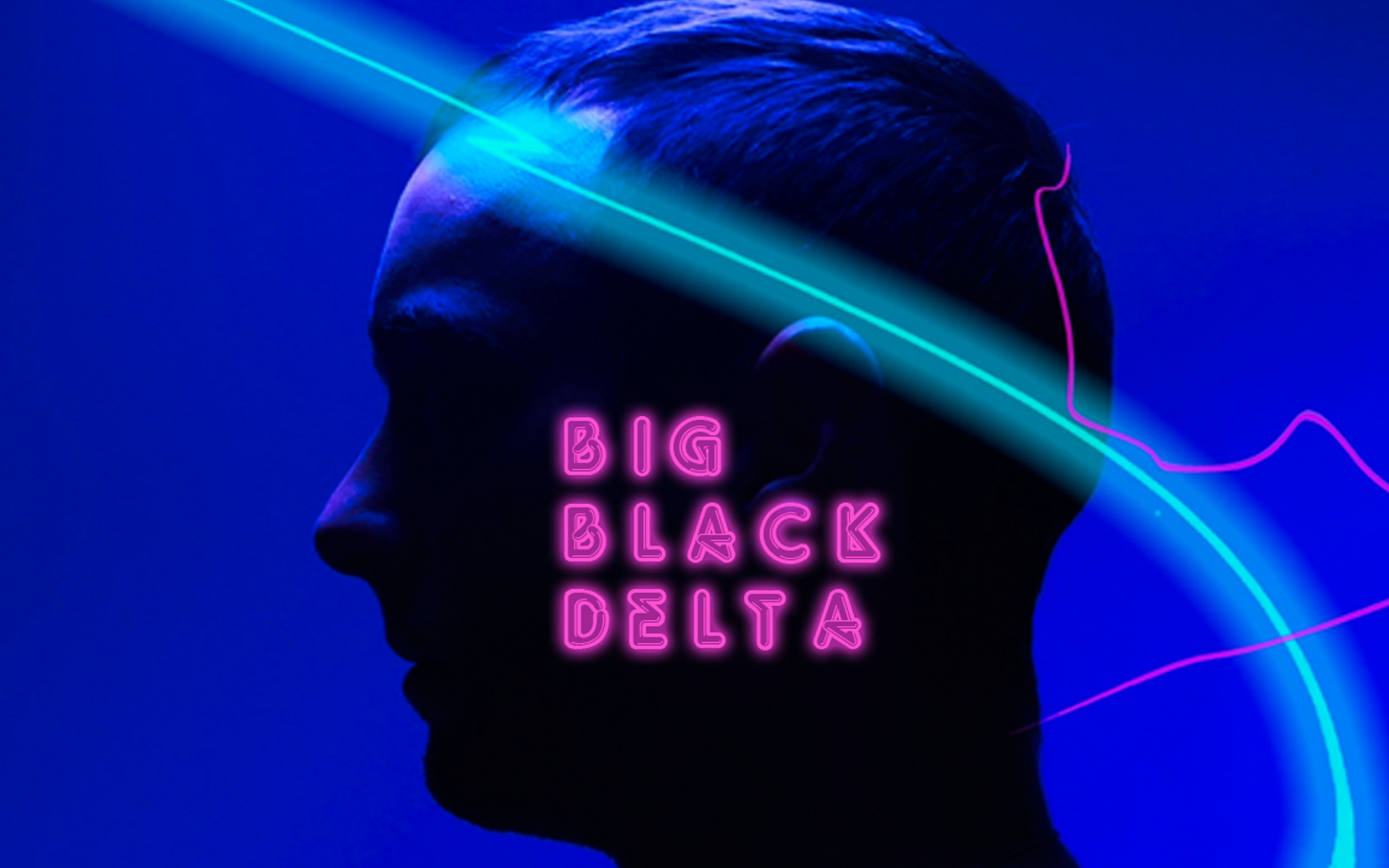 Q + A with Big Black Delta by Discosalt

DISCOSALT : When did you first start making music and what about it kept you going? Did you ever doubt yourself as an artist or think you should try something else? Was there a catalyst that made you decide, I am doing this, no matter what?

BIG BLACK DELTA: In high school, I had a dual deck Sony boombox with a record input. I would bounce takes between two blank tapes.  That’s the first I can remember.  Then I eventually saved up enough cash to buy a Tascam 4-track.  That was a big deal.

I doubt myself everyday. I suspect I’m not the only who goes through that.  Ive just gotten used to the uncertainty.

D: Your new album is very cinematic. Were you influenced by any movie scores when working on the project? What are some other influences on your lyrics and sound?

BBD: Not so much movie scores as much as other cinematic artists like Ben Frost, Tim Hecker, Freescha and Belong.  Lyrics are stream of consciousness because anytime I try to be structural, it ends up sounding boring to me.

D:  Have you seen the classic sci-fi, Sam J. Jones vehicle Flash Gordon? I think “GORDON’S ALIVE?!” would be a great name for an album.

BBD: I’m ashamed to say I haven’t.  The closest thing is the movie Ted.

D:  I heard that you believe in life on other planets? If you ever made “contact” with an E.T., what words of wisdom would you impart about our civilization? What one “earth” album would you choose to share with them?

BBD: About our civilization? Oh shit, I would sheepishly explain that the way most of us behave would not be reflective of the best of us.  And I’d ask for a tour of their vessel.  I’d hold off on playing them music, because sounds and rhythms could mean something completely different to another lifeform.  Don’t want to accidentally piss something that has several millennia of evolution on me.

D: How is Big Black Delta different from your last project Mellowdrone?

BBD: Intent and timing.  Intent meaning that I want to invoke a different picture in the brain when you hear it.  Timing meaning I’m a different person than I was writing songs for Mellowdrone.

D:  What inspired the track “Side of the Road”? Can you tell us what the song is really about?

BBD: I just finished a rough patch of living and needed to hear something that felt like flying and warm.  That’s what ended up coming out of me when I closed my eyes.  Something that would let me feel like shit was going to be ok.

D: Right now,  Big Black Delta is a solo project, but would you consider building a super group with some of your collaborators?

BBD: I’m open to anything. i just wanna make cool shit. With or without people.

D: How was playing SXSW? Any favorite experiences there? Favorite tacos?

BBD: I had quite a bit of fun.  Our tour manager had just won his first official Muay Thai fight, so we were celebratory. Dude had a couple broken ribs for the whole week.  It’s usually chaotic there, but it seemed to be very organized this time.  Met some cool people.  Saw Haim. I was stoked.