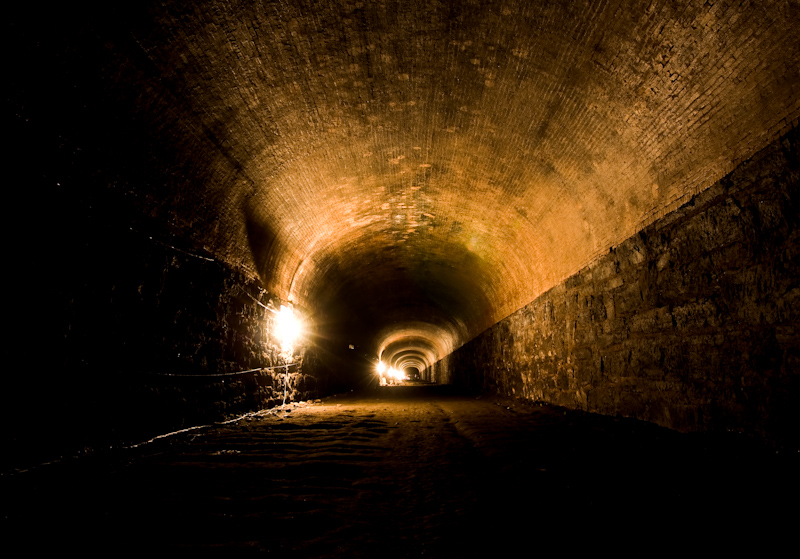 An interactive light and sound installation by Mexican-Canadian artist Rafael Lozano-Hemmer, “Voice Tunnel” will transform the 1,400 foot long Tunnel with 300 theatrical spotlights that produce glimmering arches of light along the tunnel’s walls and ceiling. Participants will be able to influence the intensity of each light by speaking into a special intercom at the tunnel’s center that records their voice and loops it. Louder speech increases the lights’ brightness proportionally, creating a Morse-like code of flashes throughout the tunnel. The individual voices can be heard as pedestrians walk through the tunnel, on 150 loudspeakers, one beside each light arch and synchronized with it.

At any given time, the tunnel is illuminated by the voices of the past 90 participants. As new participants speak into the intercom, older recordings get pushed away by one position down the array of light fixtures until they leave the tunnel, so that the content of the piece is constantly changing.