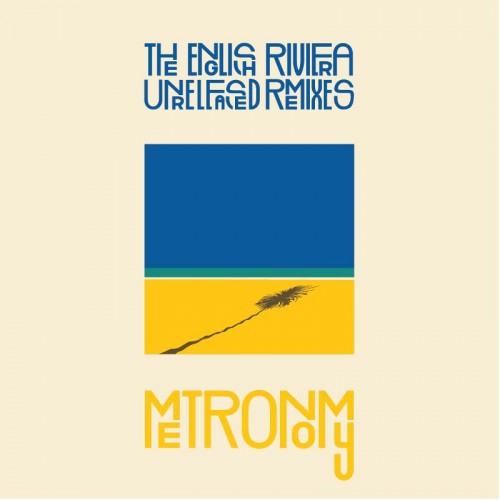 Mercury Prize nominated indie-electro-pop quartet, Metronomy, are set to release The English Riviera Unreleased Remixes, via Big Beat Records and Because Music, on March 6th.  As the title would suggest, the collection features thirteen reworkings of tracks from the group’s critically acclaimed third album, The English Riviera.  The English Riviera, which has sold over 150,000 copies worldwide, was proclaimed by NYLON Magazine the 2nd best album of 2011 calling it a “sexy and sultry…modest masterpiece.”  In addition to two new reworks of the single ‘The Look’ (which Huffington Post ranked among their top songs of 2011), the release presents left of center versions by much loved producers Benoit & Sergio, Ewan Pearson, Camo & Krooked, Jesse Rose, Soul Clap, and more.

Comprised of multi-instrumentalist front-man Joseph Mount, keyboardist Oscar Cash, drummer Anna Prior, and bassist Gbenga Adelekan, Metronomy are heading out for a North American Tour this Spring.  The tour, which puts the foursome out on the road with Brooklyn indie band Friends, will showcase Metronomy’s signature sound and bring a much needed spark of bliss to end the of Winter.  The group is particularly excited to announce their inclusion on this year’s already sold out Coachella Valley Music and Arts Festival in Indio, California as well as Ultra Music Festival in Miami, Florida.