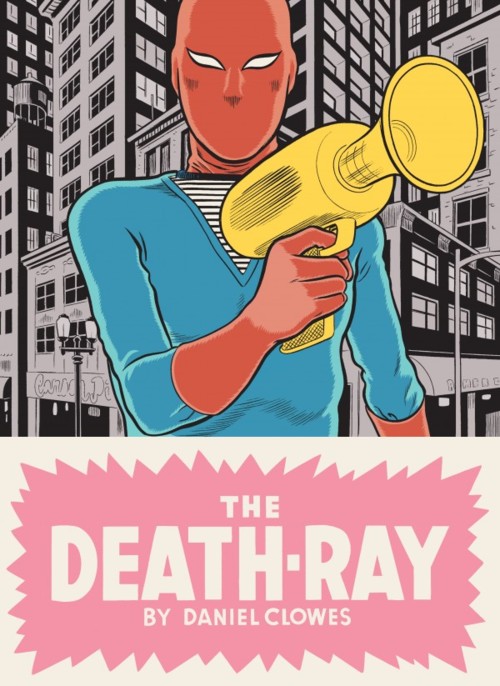 Indie comic icon Daniel Clowes (Ghost World, Art School Confidential) recently re-released his out-of-print anti-superhero graphic novel, The Death-Ray through the Independent Comic Publisher Drawn & Quarterly.  In a similar vein as Clowes’ other graphic novels, the down beat  Death-Ray is a bit dark, at times, both deeply unnerving and sinister but also brimming with subtle hilarity.
Unlike the traditional superhero mythos, The Death-Ray hero of this novel  is an awkward outcast teenager named Andy who discovers he has superpowers through smoking cigarettes and then discovers a ray gun weapon, which enables him to eradicate anything he wants. “The Death-Ray utilizes the classic staples of the superhero genre – origin, costume, ray-gun. sidekick, fight scene – reconfiguring them in a story that is anything but morally simplistic. With subtle comedy, deft mastery and an obvious affection for the bold Pop Art exuberance of comic book design, Daniel Clowes delivers a contemporary meditation on the the darkness of the human psyche.” (press release) 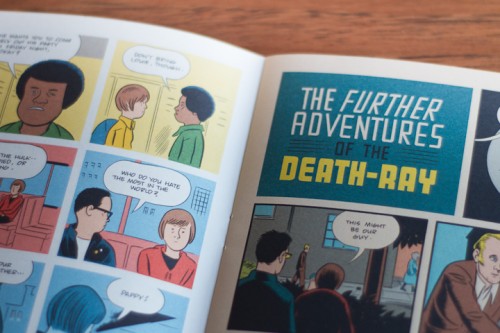 Now, the darkly humored superhero deconstruction novel is  rumored to be adapted into a film by Jack Black’s Electric Dynamite Productions with a script from Clowes, under the direction of  music video and commercial director Chris Milk (The singing heart video for Gnarls Barkley’s Who’s Gonna Save My Soul).  The film will however, will reportedly take a slightly different direction with the story, most notably, changing the main character, Andy, to a middle-aged adult. 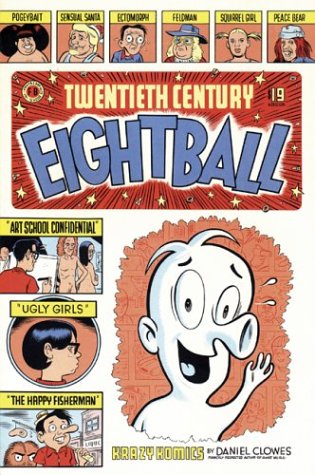 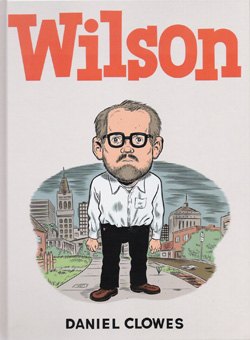 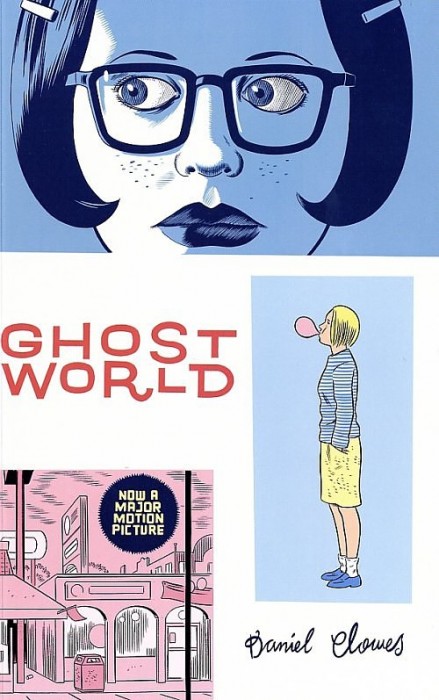 Looking for other Clowes reads? Check out some of our favorites:
20th Century Eightball: An anthology comic which features a collection of self-contained and serialized narratives
Wilson : A graphic novel about a passive-aggressive sad-sack who goes through life in Oakland making himself and others miserable.
Ghost World: A graphic novel which tells the story of two best friends, Enid and Rebecca, facing the prospect of growing up and apart.
Also, in the works for Clowes is  a collaborative film with Michel Gondry, titled Master of Space and Time based on a Rudy Rucker novel starring Jack Black and and Untitled Raiders project based on the true story of three boys who made a shot-for-shot remake of Raiders of the Lost Ark over the course of 7 years.