HARLEM, THE GIRLS AT DAWN: LIVE AT MERCURY LOUNGE

HARLEM, THE GIRLS AT DAWN: LIVE AT MERCURY LOUNGE 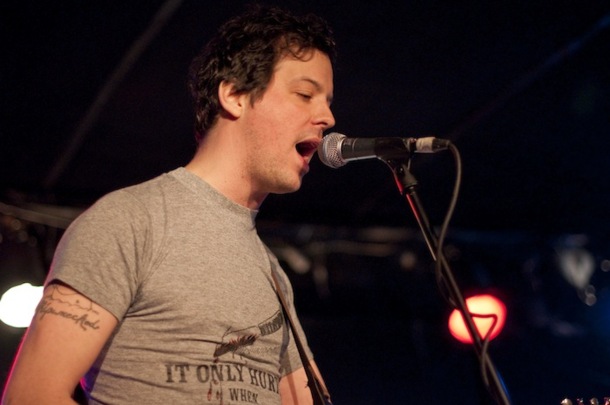 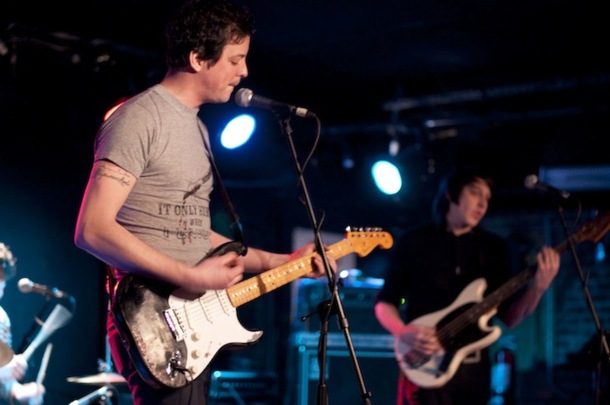 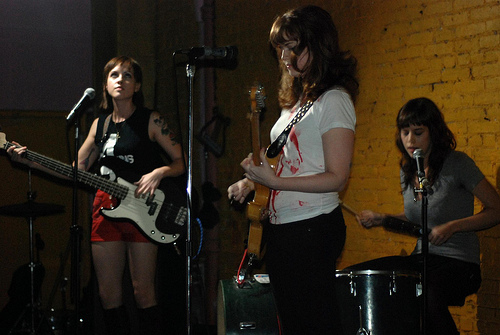 (Photo courtesy: mercurialn)
Much hyped Texas trio Harlem graced New York with a quicky on Thursday (4/22). I can think of lots of adjectives to describe their show: silly, giddy, playful, unpretentious…the list goes on and on. They certainly don’t take themselves too seriously lending to a signature stage presence.

A lot of bands attempt to play everything technically correctly in their live shows, but Harlem certainly isn’t one of them. Not only did they restart songs several times, but at one point during the show, singer/guitarist/drummer Michael Coomers said “Its only been four minutes and I already fucked up”. The great thing about this show was how much fun the band was having, they were on stage rocking out, talking to each other over the mics, and entertaining all of us. Instead of worrying about playing a flawless show, their wild on stage attitude lends itself to a true rock and roll vibe. Everything about them was, in a word, badass. The experience of seeing them interacting on stage was as important as the actual music.
The set was relatively short, as is the nature of their dizzying, all-out intensity songs. They covered a great deal of Hippies bringing the messy characteristic of their tracks to life. Every song felt impromptu, as though they had a loose set list and they certainly didn’t feel any need to stick to it or even discuss the changes amongst themselves. They seemed to be constantly surprised at themselves, taking a moment to get into the groove of each song. I liked the unrehearsed nature of the show. Abandoning the shiny, pretty boy rock of most pop music seems to be their MO, and it works.
After all of this talk about sloppy performance, I should clarify that there was a great deal of musicianship displayed on stage. The show began with Coomers as lead singer/guitarist with Curtis O’Mara on drums and Jose Boyer on bass. About half way through the set, O’Mara and Coomers traded positions and assumed new roles. The transition was seamless, and I hadn’t expected that from the recordings. If either Coomer or O’Mara prefer one role over another, it isn’t apparent.
Supporting Harlem were Brooklyn based The Girls at Dawn. As my concert buddy said, they were “total babes”. As a chick myself I was certainly envious of their position opening up for three other sexy rock boys. They played punk inspired grunge/psych rock. The Girls aren’t trying to float by on their looks: they played a tight set which felt well rehearsed and solid. They didn’t have a strong stage presence though, it felt a little bit timid and shy. This could be the result of almost constant harmonic vocals, preventing any serious dancing and jumping around, but the show was static. As an opener for Harlem they seemed organized but reserved.
Harlem Hippies is out on Matador, The Girls at Dawn are out on Captured Tracks (who also have Woods, Ganglians, and Dum Dum Girls…I like this label!)