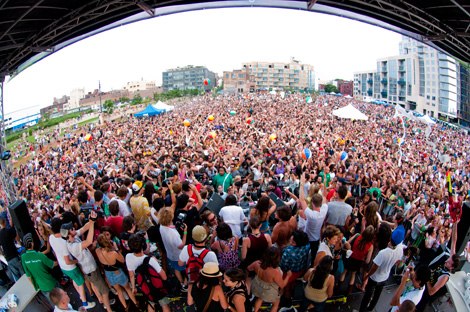 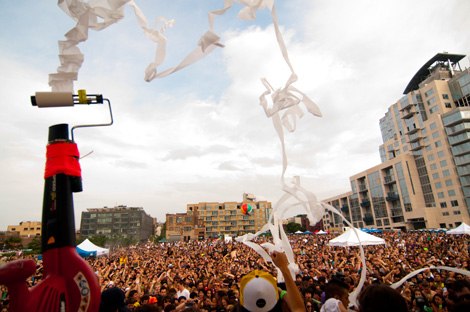 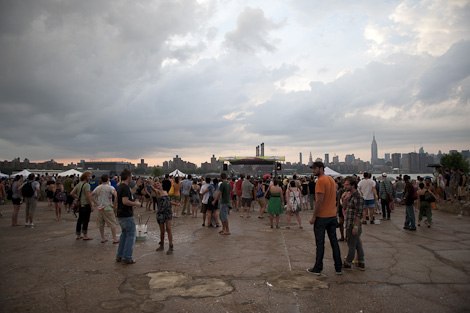 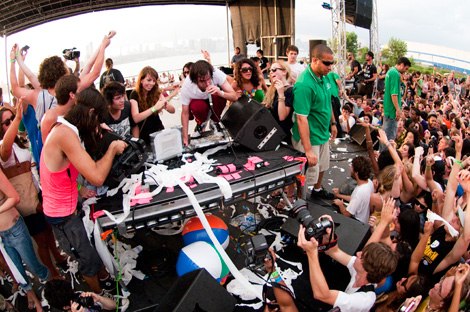 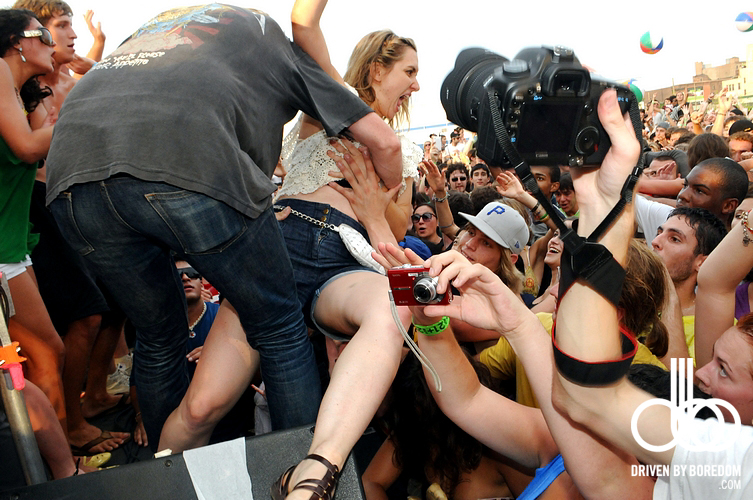 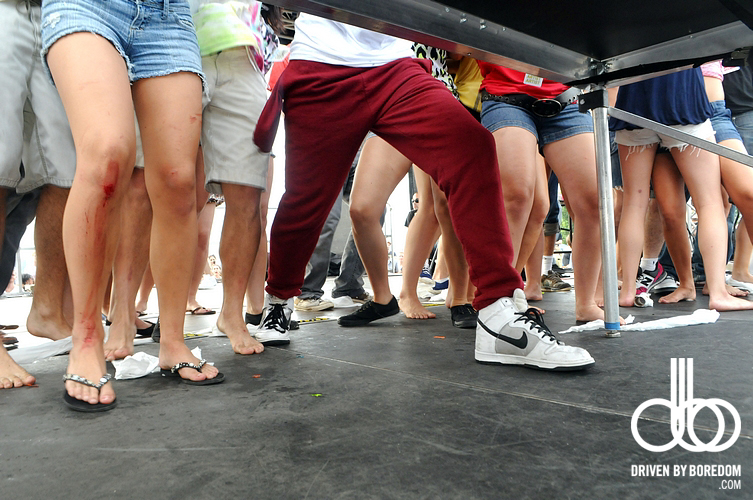 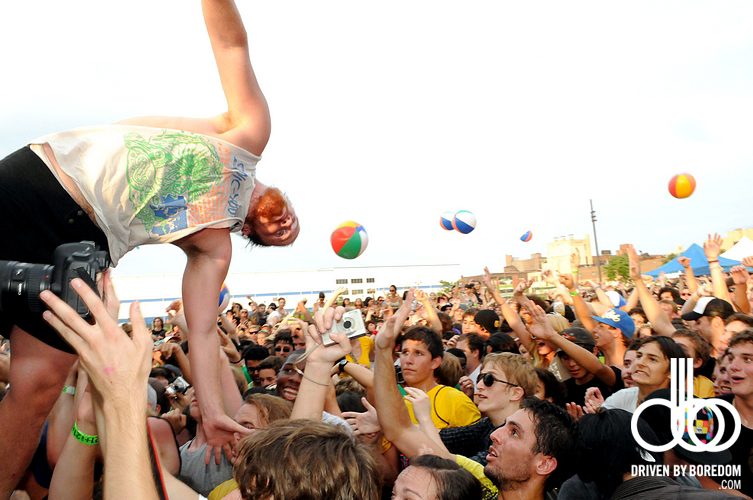 Yesterday 8/23 was by far the most hyped JellyNYC Pool Party on the Williamsburg waterfront of the year, most likely the biggest turnout and probably the most entertaining one this summer. Hell, Senator Chuck Schumer was even out on the green flying his freak flag. Fo’ reals. The man playing with the lap top is none other than Gregg Gillis aka Girl Talk, effortlessly producing dozens of hip-hop, pop and rock mashup-style remixes, using dozens of unauthorized samples from different songs to create  new songs. The New York Times Magazine has called his music “a lawsuit waiting to happen”. But, if anything, the show proved he is a one man party waiting to happen and he can draw a huge crowd. By 2pm there was already an entry line 4 blocks long and by the time he hit the stage, people were climbing fences to get in. When the crowd was welcomed on stage to dance, they broke it. First time I’ve seen a stage break while watching a DJ. Amazing.  Music went down and everyone took a breather before the show was up and running again in full force. Completely rowdy. The crowd was so tight, hot and bouncy..wait what were we talking about again? Oh yeah the show…The show was a steamy mess and when it started raining mid show, it was a welcome relief. Girl Talk himself was on point and while the novelty is really just one bearded dude in front of his computer playing songs that you’ve heard before, the mashes create totally original songs that  are both familiar and foreign at the same time sometimes even taking on new meanings…and of course its all danceable. Big ups to the party-starter.

Thanks toBrooklyn Vegan and Driven By Boredom for the pics. Click on the links to check out more pics from the show.