GET STACKED: THURSDAY WITH ANTON GLAMB

GET STACKED: THURSDAY WITH ANTON GLAMB 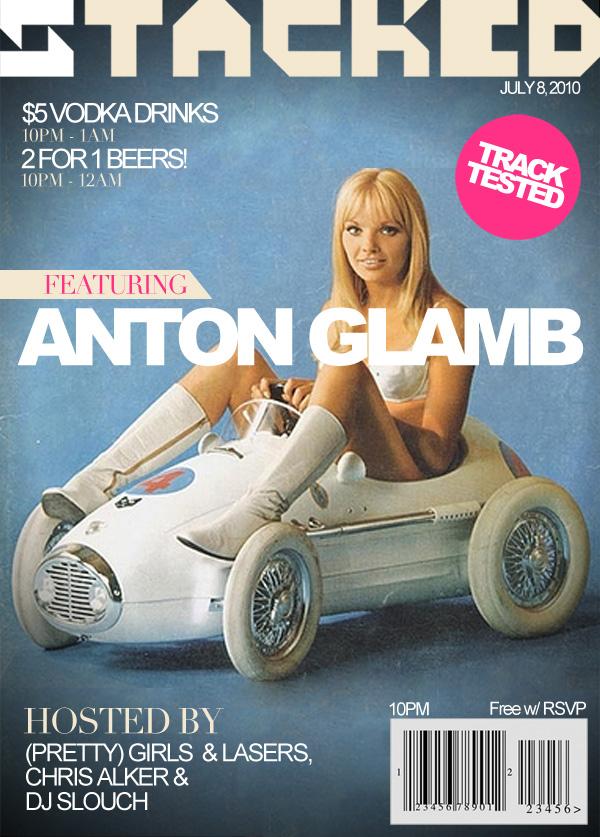 STACKED #6 is coming to Stay this Thursday, July 8th 2010. The Thursday night party is back for another installment, and this week they are bringing out Bushwick local celebrity, artist, composer, producer, MC and yes, DJ, Anton Glamb. Best know f0r producing Freak School  (Prince Terrence of Spank Rock, Santo Gold, Young Love and Hearts Revolution) and for his collaborations with Matt and Kim on”Blazing Dynamite (Ninjasonik Remix) and New Villager (Santogold).

The party starts at 10pm

FREE with RSVP at www.stackednyc.com

ABOUT OUR GUEST DJ:

Anton Glamb is from Kailua on Oahu in Hawaii, now residing in Bushwick, Brooklyn, New York.  He is a DJ, producer, composer, rapper,performer, vocalist, song-writer, artist and skateboarder.  He is 1/3 of the DJ Crew Radical Outing with Skitsnygg and Hiro Tha Jap who throw a weekly party Drop It Low at The Annex with Contessa of Cuntmafia.  His first internationally released track was on Ursula 1000’s 2009 release ‘Mystics’ on ESL Records on Feb 24.

He is currently producing or in the following groups:

And also has collaborated on the following tracks:

The Knocks – “About Your Love”