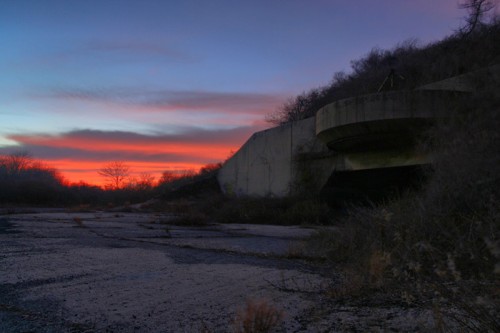 An informal, quiet beach party with live bands in New York City? Its true.  Well, actually we are not entirely sure Fort Tilden Beach really exists…but urban legend attributes it to being the best hidden beach in NYC.  The Fort is a former US Army Installation that ended its service in 1974 as a Nike Missle site. From the pictures we have seen, its kind of  like the Darma Initiative in the Rockaways. While bikes might be your best option, you can train or ferry it part of the way, then hop a bus, then foot it.  Stilettos are a no no.  So if you are feeling a bit adventurous like Leo and can figure out how to get there, you are in for a real treat. A nice crop of diverse artists will be playing two or three songs w/ no amplification. Schedule (subject to change) below…