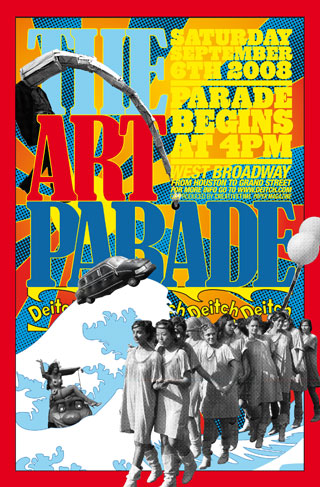 Where: West Broadway from Houston to Grand Street
Deitch Projects, Creative Time and Paper Magazine host the fourth annual Art Parade in New York City this Saturday along West Broadway. This year’s parade will include over 90 projects, including those by Jim Drain, Barry McGee, Clare Rojas, Beta Tank, Yoko Ono, Dzine, The Voluptuous Horror of Karen Black and Kenny Scharf, and will involve over 900 participants, making this the largest and most dynamic Art Parade yet.